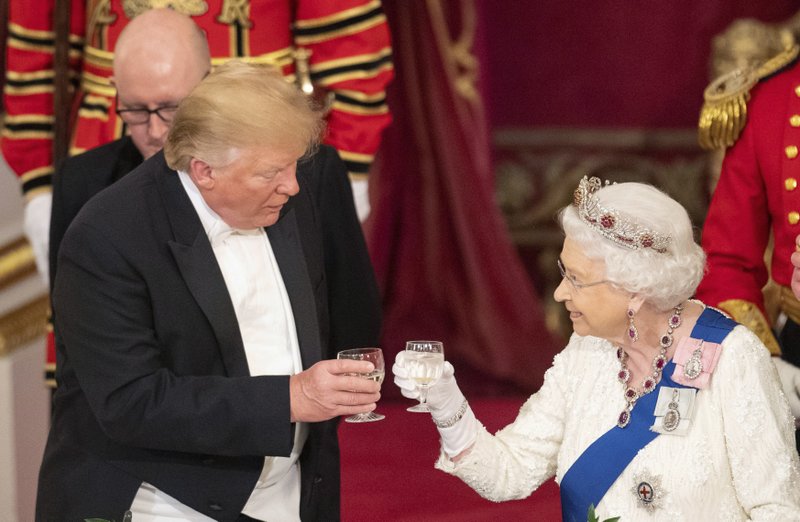 US President Donald Trump is joining Britain’s Queen Elizabeth II at a state dinner at Buckingham Palace.
The Queen highlighted the UK and US’ economic ties as the largest investors in each others’ countries as well as Trump’s link with the country through his Scottish ancestry. 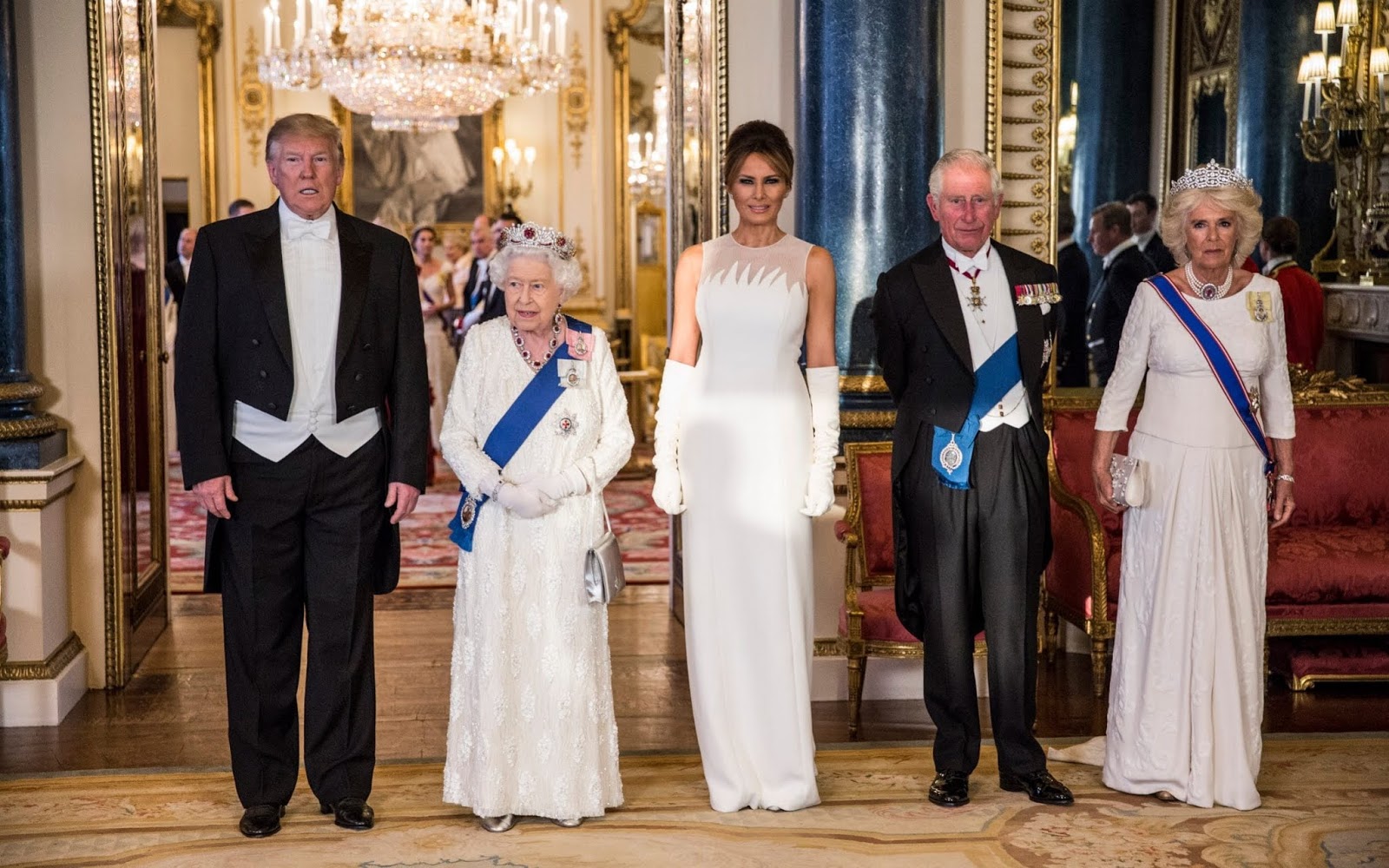 “Tonight we celebrate an alliance that has helped to ensure the safety and prosperity of both our peoples for decades, and which I believe will endure for many years to come,” she said.
The US president said he and his family were “profoundly honoured” to be the Queen’s guests and thanked her for her “nearly seven decades of treasured friendship with the USA”.
“As we honour our shared victory and heritage we affirm the common values that will unite us long into the future; freedom, sovereignty, self-determination, the rule of law and reference for the rights given to us by almighty God,” he added.

Trump’s state visit to the UK started off in controversy on Monday after he called London mayor Sadiq Khan a “stone-cold loser” in a tweet.
Trump renewed his attacks on Khan right before stepping off Air Force One at Stansted Airport near London.
The mayor previously criticised the British government’s decision to offer a state visit to Trump.
In an interview with Sky News, London’s mayor Sadiq Khan weighed in on the president’s visit, stating that Londoners find his policies “abhorrent and offensive.”
“We’ve got to have good relations with the U.S.A but I don’t think we should be rolling out the red carpet. I don’t think this should be a state visit,” Khan said.

More royal business this time around