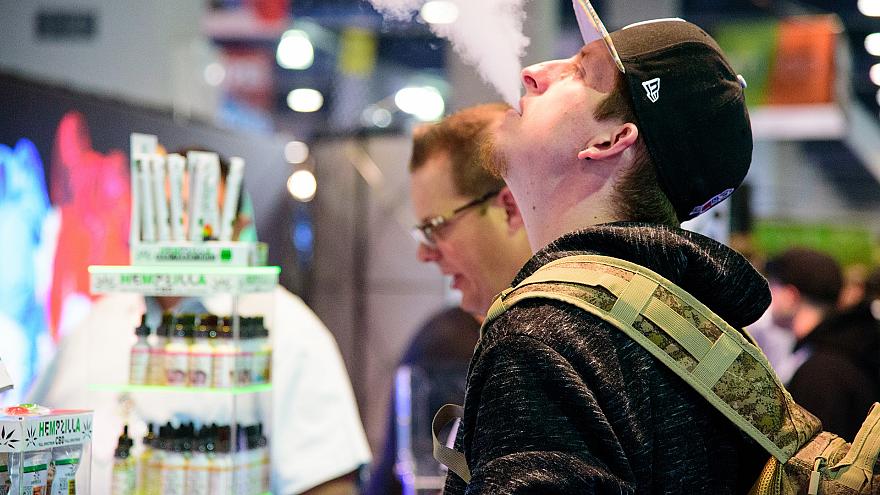 San Francisco has moved closer to becoming the first US city to ban all sales of electronic cigarettes.
Officials have approved a measure to stop the sale and distribution of e-cigarettes until the United States’ Food and Drug Administration completes a review of the effects of the devices on public health.
They also supported a ban on manufacturing e-cigarettes on city property as they move to crack down on teen vaping.
Regulation of electronic cigarettes varies widely around the world. In the United Kingdom, public health officials encourage the switch from tobacco, but in Australia nicotine in any form is illegal without a prescription.
Supervisor Shamann Walton says there was a battle against tobacco in the 1990s, and “now we see its new form in e-cigarettes”.
The measures will require another vote before becoming law.
Since 2014, e-cigarettes have been the most commonly used tobacco product among young people in the United States.
But small business owners say the ban will simply increase black market sales.
“I’m not going to put profits of big tobacco over the health of our children and our young people,” Walton said.