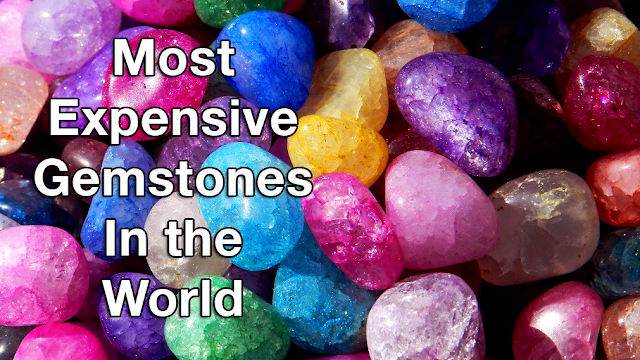 For thousands of years, man has been besotted by the beauty and sparkle of gemstones. These stones are meant to be special, and they are even described as fragments of stars and tears of the gods. They have been a part of man’s history and ancient culture – whether as amulets and charms or adornments to the nobles. 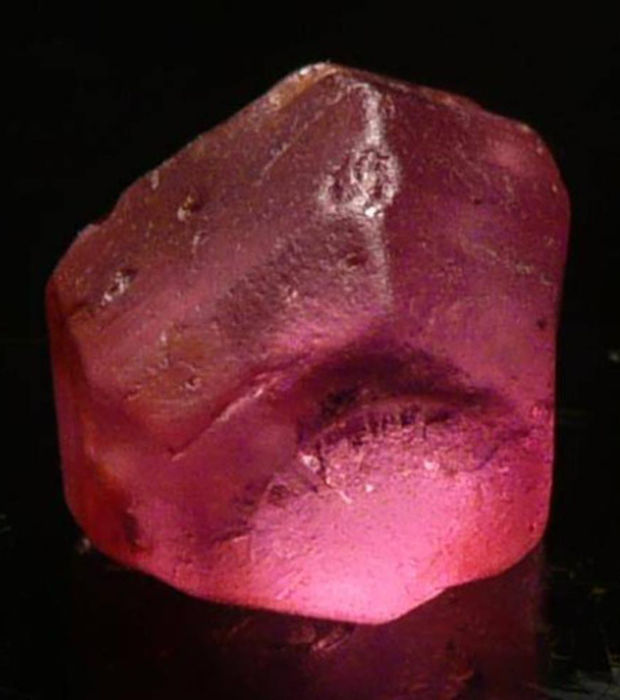 Taaffeite is not very familiar to many due to how rare it is. In fact, it is so scarce that it’s considered to be a million times rarer than a diamond. It was discovered by gemologist Richard Taaffe in 1945 in a jeweler’s shop in Dublin, Ireland. Prior to his discovery, it was misidentified as spinel until he noticed some inconsistencies, such as the gem refracting light differently compared to the spinel. It is known to only be found in two locations – Tanzania and Sri Lanka – and some of them are not even suitable for faceting which makes its supply even more limited. The light violet, almost clear gemstone is the only one that has been initially identified from a faceted stone.

Buying tip: It ranks 8 to 8.5 on the Mohs Scale of Hardness which means its durability can be trusted; although searching for one can be time-consuming and quite costly. 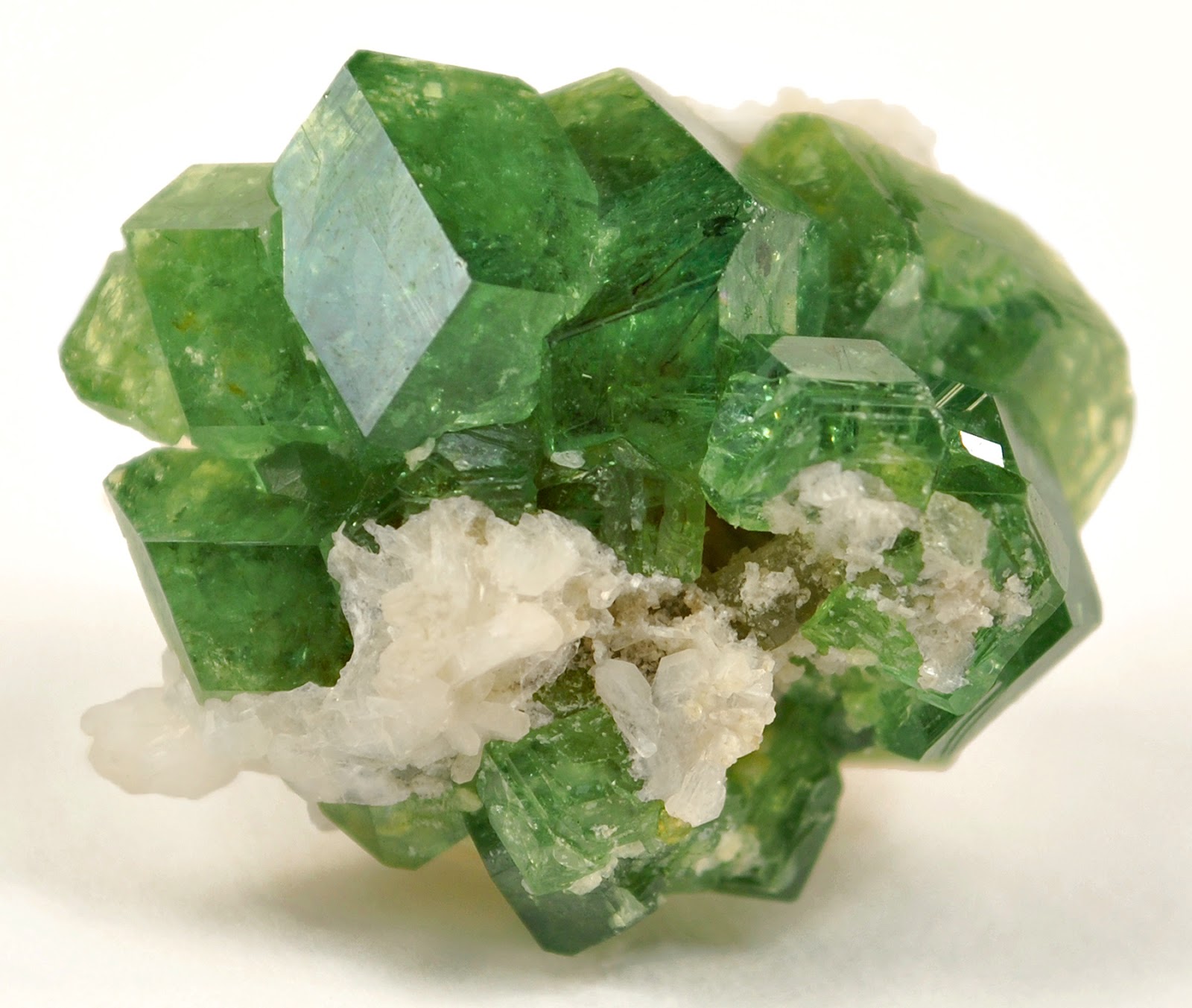 Demantoid is a green gemstone that has a “diamond-like” adamantine luster. Fascinatingly, its brilliance and dispersion actually exceed that of a diamond’s. Its golden-colored “horsetails” that include cat’s eye gems is one of its identifying characteristics. It was identified as a variety of andradite by the mineralogist Nils Gustaf Nordenskiöld during the 19th century in Russia which is long known to be a sole source of the rarest garnets. While new sources have been discovered, demantoid remains to be very rare. It is also difficult to look for a demantoid larger than 10 carats as these stones are typically small in size. With the low supply, they are only usually seen on antique jewelry pieces.
Buying tip: It is 6.5 on the Mohs scale which makes it highly durable at any setting and fairly resistant to scratching. However, it may still be scratched by dust. 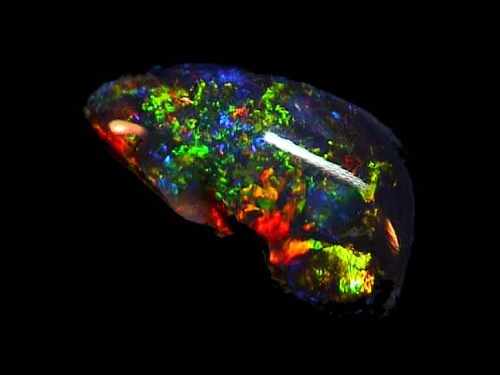 Opal gemstones have a different evaluation process than other gemstones with each one of them having their own distinct individuality. Compared to other opals, black (with body tones from N1 to N4) are considered rarest and most popular. Its body has a black color with a firey pattern that looks spectacular in contrast to the dark background. Majority of the supply around the world came from Lightning Ridge in New South Wales, Australia.

Buying guide: Opals, in general, are extremely sensitive to shocks and temperature changes so it must be handled with care at all times. Since there are synthetic opals given with treatments that may be difficult to determine, it is important to transact with reputable sellers. 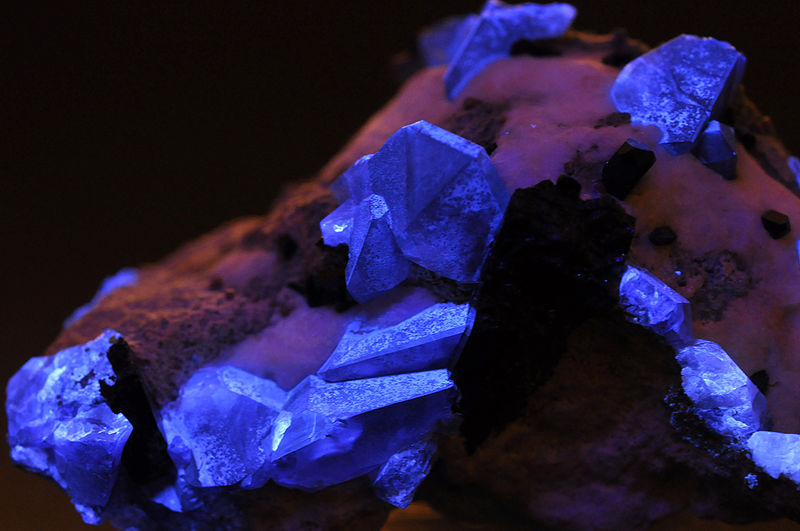 Considered as one of the most beautiful gems, Benitoite has a striking blue body color that has a dispersion higher than a diamond. As its name, it was discovered by the headwaters in San Benito River in San Benito County, California where it’s now declared as its state gem. While it has a high dispersion, its intense blue color can mask it. Hence, admirers may have to choose between letting go of its dispersive display for the stone’s darker blue color or opting for a lighter one with more evident dispersion. Furthermore, it looks fascinating under UV light where it fluoresces its glowing blue chalk color.
Buying tip: Searching for a benitoite that shows a good balance between visible dispersion and rich blue body color is worth the time. It is a collector’s gem that is highly wearable with a hardness of 6.5. 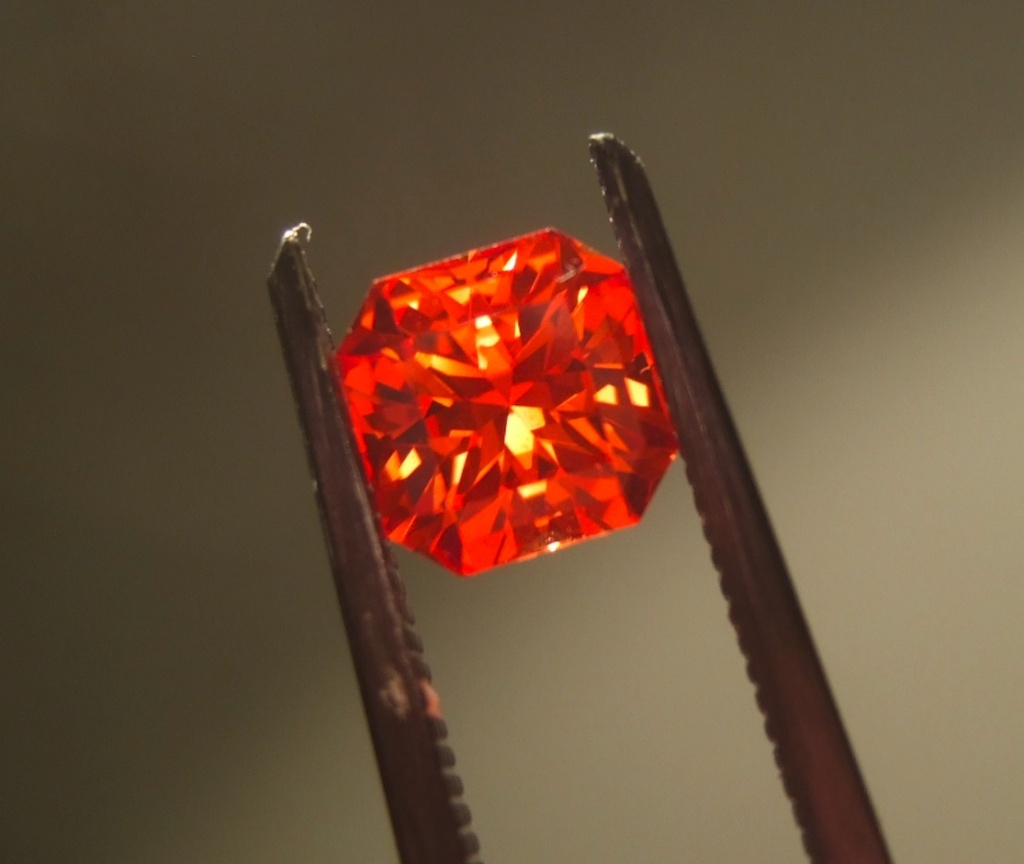 Padparadscha (pronounced pad-pah-raj-ah) sapphire, the world’s rarest sapphire, has a beautiful pinkish orange color that exhibits the mixture of the hues of ruby and yellow sapphire. Its name is derived from the Sanskrit/Singhalese word for “aquatic lotus blossom” due to its color. Most of these stones are mined from Sri Lanka but they can also be found in Madagascar and Tanzania. The finer ones, however, are mostly found in Sri Lanka as the ones in Madagascar are pinker which makes it have a lower price.
Buying tip: It has a clarity that’s cleaner than ruby hence buyers must check for stones with no visible inclusions to the unaided eye. Due to its rarity, the stones shape may be unusual as cutters try their best to maximize its carat weight. 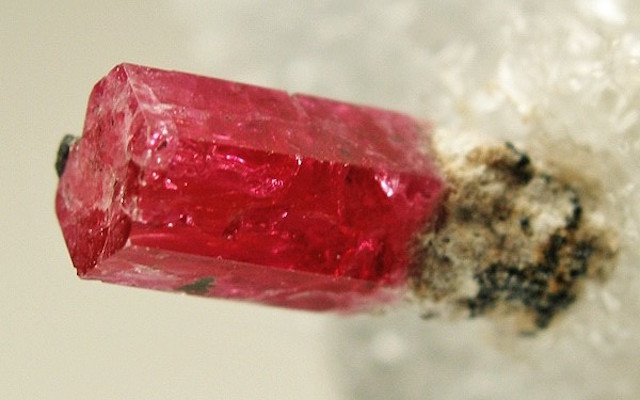 Red beryl (also known as bixbite, “scarlet emerald” and “red emerald) is an extremely rare type of beryl with a raspberry pink to almost purplish red color. Despite its name, it is not an emerald but it’s an entirely different gemstone. It was first discovered in 1904 by Maynard Bixby. Meanwhile, its gem quality stones can only be found in one site – the Wah Wah Mountains in Utah. It is so rare that rubies, which are also rare gemstones, are said to be 8,000 times more plentiful than red beryl. With that, any clarity and color grade in any size piece of this stone can easily land a ready buyer. Most of its fine crystal specimens are also guarded and never faceted by mineral collectors.
Buying tip: Red beryl has a 7.5 to 8 hardness which makes it highly wearable but due to its rarity, it’s more often found in mineral collections than in jewelry collections.

Alexandrite is a very rare (and very hard to acquire) gemstone variety. It is popular for its remarkable optical properties: it undergoes dramatic color shifts depending on the lighting condition. This is caused by the rare combination of minerals including chromium, iron, and titanium. It is strongly pleochroic which means it changes color as you rotate it in your hand. But furthermore, it also changes colors independently of your viewing angle under an artificial light source. It is greenish blue under natural light and then becomes reddish purple in soft, incandescent light. The Alexandrite was discovered in Russia’s Ural Mountains during the 1830s and named by Count Lev Alekseevich Perovskii in honor of Alexander II, the then-future Czar of Russia, in 1834.
Buying tip: Alexandrite is a very suitable stone for any jewelry setting with no required special care with its highly durable hardness of 8.5 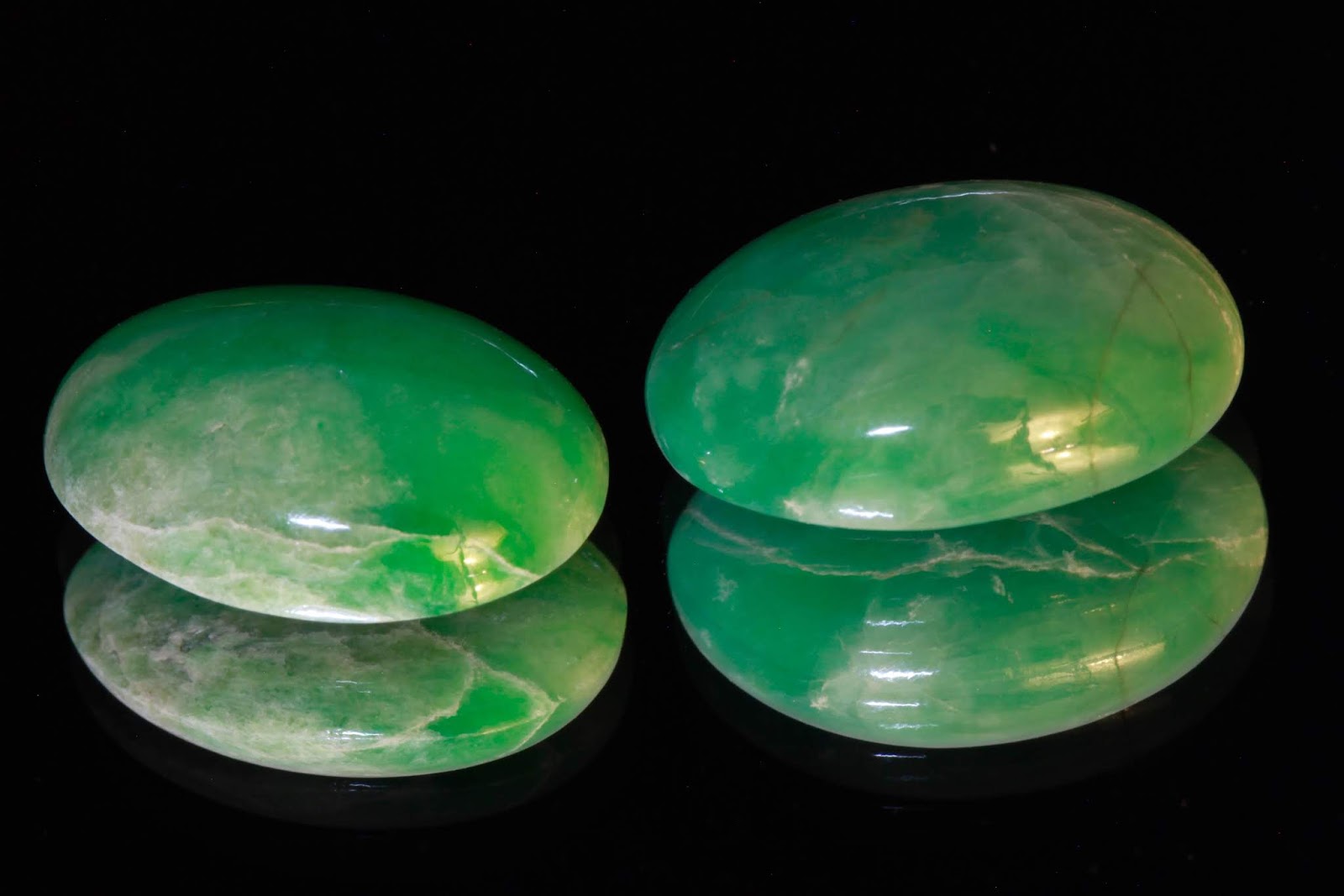 Jadeite is jade’s most expensive, beautiful, and rarest variety. While it can be found in many colors, its association with the rich-emerald color of “imperial jade” continues to be highly valued. The finest stones in this color can be found in Myanmar. The translucent material is premium priced while colors such as mauve, lavender, and apple green are also popular among buyers. In the Chinese, Maori, and Meso-American cultures, it is a huge part of their historical weapons, jewelry, carving, religious and medicinal purposes. It is even valued more than gold by the Aztecs, Mayas, and Olmecs.

Buying tip: Jadeite pieces are extremely tough, have excellent wearability, and strong resistance to breaking. Consider its depth of color and level of transparency as they are used to base its value. 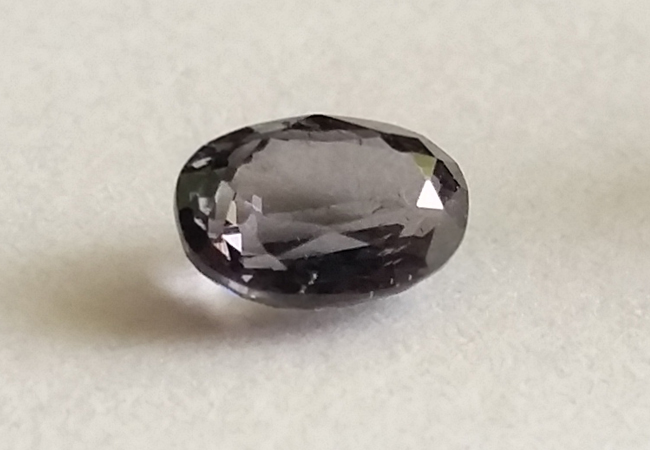 Nearing the top of the list is Musgravite, an extremely rare gemstone in the taaffeite family. The mineral was first discovered at the Musgrave Range (thus its name) in South Australia. It has shown up in other areas such as Antarctica, Greenland, and Madagascar but in highly limited quantities. The first sizable gem-quality Musgravite specimen was found in 1993. It was the first one that is large and pure enough to be cut and shaped. As of 2005, there are only 8 known specimens of this stone to exist.

Buying tip: It is unlikely to find one in the open market currently. However, if you come across one, it is recommended to submit it to gemology lab testing because of its similarity with taaffeite. 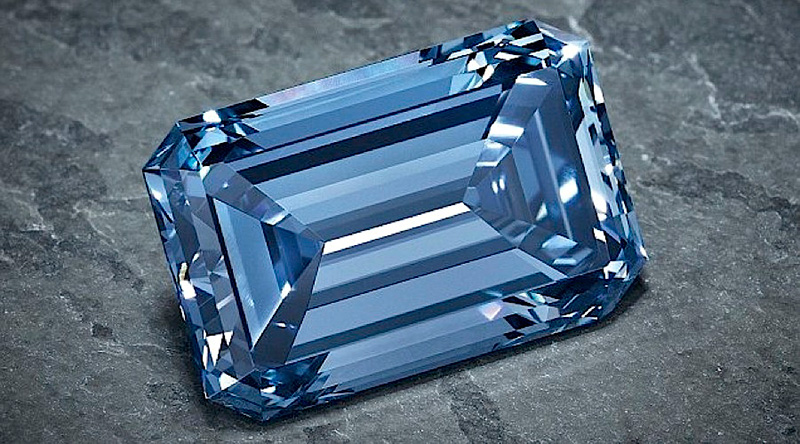 The most expensive gemstones in the world are colored diamonds. Not only are they rare, but they are also known to have a spectacular brilliance and are the hardest substance found on earth. Out of all other gemstones, they are arguably the most popular among people; and also the most advertised and romanticized. Its wide spectrum of colors includes black, blue, champagne, chocolate/brown, cognac, green, pink, red and yellow. Its value is at an entirely different level that costs a fortune.

Two of the most stunning examples are the Oppenheimer Blue and the Pink Star. The Oppenheimer Blue diamond is the largest Vivid Blue diamond to appear at an auction and was sold $57.5 million for weighing 14.62-carats which makes it worth $3.93 million per carat. Meanwhile, the recent world record breaker, the Pink Star diamond, was sold at a whopping $71.2 million for 59.6-carats (or $1.2 million per carat) becoming the most expensive gemstone ever sold based on its total price.