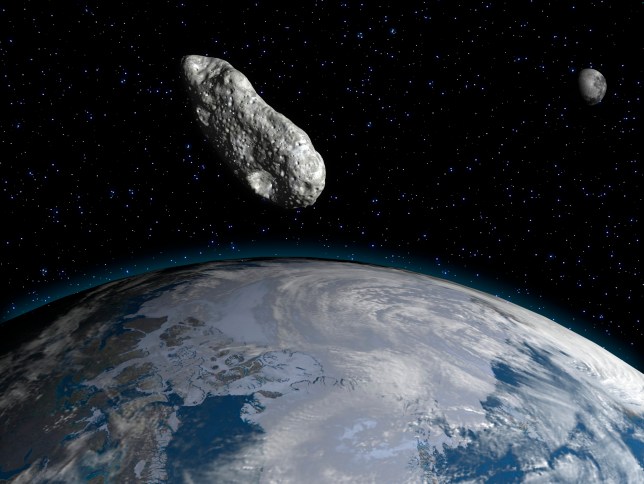 Astronomers discovered a car-size asteroid hours before it slammed into Earth and burned up in the atmosphere this past weekend, news sources report.

Scientists in Hawaii initially spotted the asteroid, named 2019 MO, on Saturday (June 22). Soon after, the heavenly traveler broke apart in large fireball as it hit the atmosphere about 240 miles (380 kilometers) south of San Juan, Puerto Rico, according to the University of Hawaii.

This is only the fourth time in history that scientists have spotted an asteroid so close to impact. The other three detections all occurred within the past 11 years, including 2008 TC3, 2014 AA and 2018 LA, which landed as a meteorite in southern Africa just 7 hours after it was noticed by scientists.

The asteroid’s impact was so powerful, even satellites in orbit spotted it. Satellites operated by the National Oceanic and Atmospheric Administration (NOAA) recorded its impact and destruction at 5:25 p.m. EDT (21:25 UTC),

The fact that scientists detected the asteroid before its annihilation is cause for celebration. This is the first time that two survey telescopes showed that they can “provide sufficient warning to move people away from the impact site of an incoming asteroid,” according to a statement.