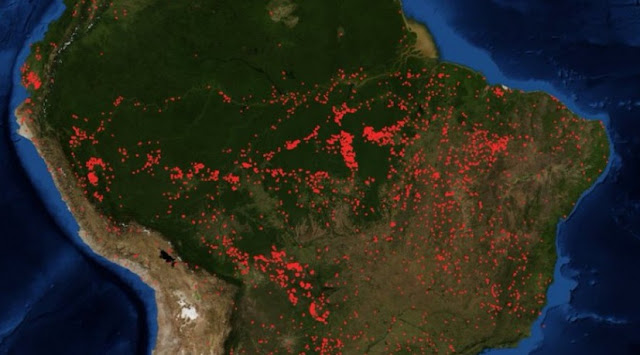 How Did it Start?

The world climate is changing so much and everyone has noticed, but humans also changed so much, whatever reason you have can’t make you just revenge from millions of living innocent creatures in Amazon when it’s a matter of life of millions.
Brazilian journalist Silio Boccanera says that some fires at this time of year – the dry season in Brazil – are to be expected. But many of the fires burning through the Amazon are believed to have been started deliberately.
However, on Wednesday Bolsonaro blamed non-governmental organizations for the fire. “On the question of burning in the Amazon, which in my opinion may have been initiated by NGOs because they lost money, what is the intention?” he said at a steel industry event in Brasilia. “To bring problems to Brazil.”
“So it’s a combination of natural phenomena with locals feeling comfortable enough to do it because the government has not made any effort to prevent it,” Mr. Boccanera says.

How bad are the fires?

Satellite data published by the National Institute for Space Research (Inpe) has shown an increase of 85% this year in fires across Brazil, most of them in the Amazon region.
Mr. Bolsonaro has brushed off the latest data, arguing that it was the season of the “queimada”, when farmers burn land to clear it before planting. But Inpe has noted that the number of fires is not in line with those normally reported during the dry season. 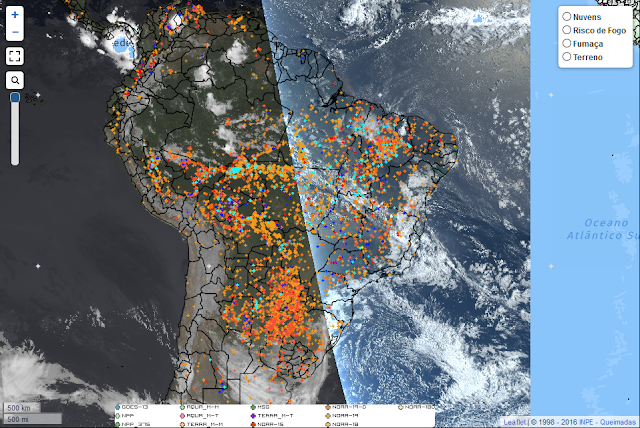 Is This a  Healthy way the forest self clears for new growth?

there are some cases where forests benefit from fires – they can help clear the forest and allow trees space to grow stronger.
But this is not the situation right now in the Amazon, says Yadvinder Malhi, Professor of Ecosystem Science at the University of Oxford. “These are fires that we are concerned about,” he says. The humid forests of the Amazon have no adaptation to fire and suffer immense damage. Almost all fires in humid forests are started by people.