A person’s chronotype is the propensity for the individual to sleep at a particular time during a 24-hour period.
There are four types of chronotypes. if you relate to any of the following sleep patterns, try adjusting your alarm clock to enhance your energy and performance : 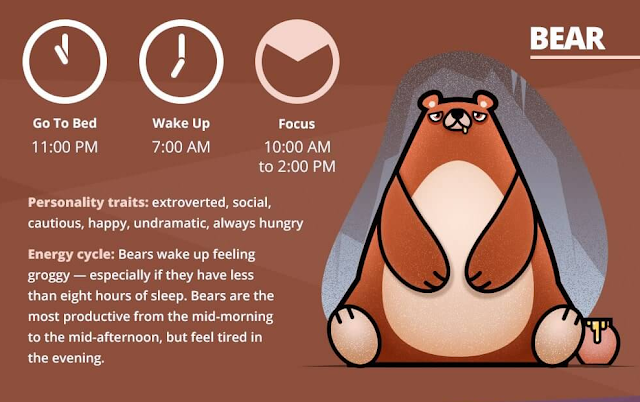 Bears tend to sleep and wake according to the sun, feeling most energetic during the daytime and having no trouble falling asleep at night. Their peak productivity occurs in the mid-morning and dips during the mid-afternoon slump. They represent 50% of the population. 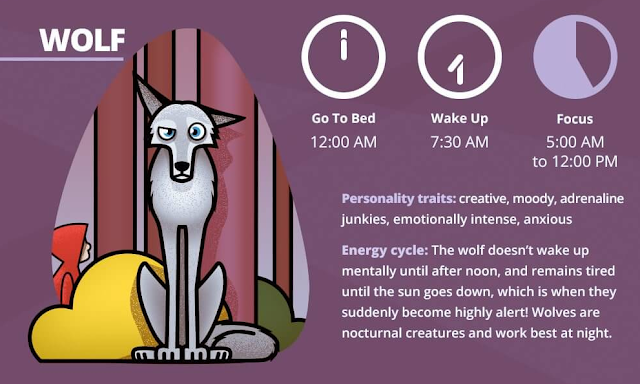 Wolves (also known as night owls) go to sleep and wake later than others. Their peak productivity happens in the middle of the day and in the evening after everyone else has already logged off. Wolves represent 15-20% of the population. 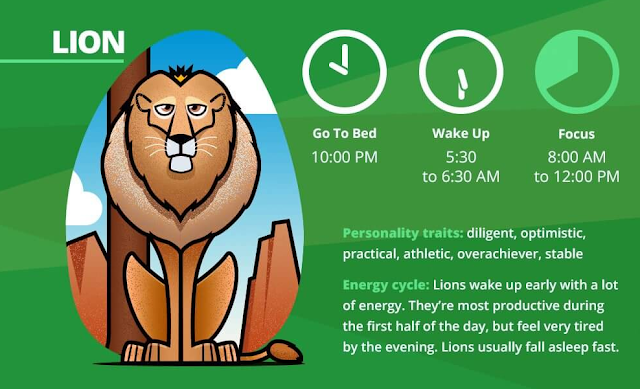 Lions (also known as early birds) wake up early and are most productive in the morning. They get most of their productivity in before noon, so they’re naturally tired by the evening and go to sleep early. Lions represent 15-20% of the population. 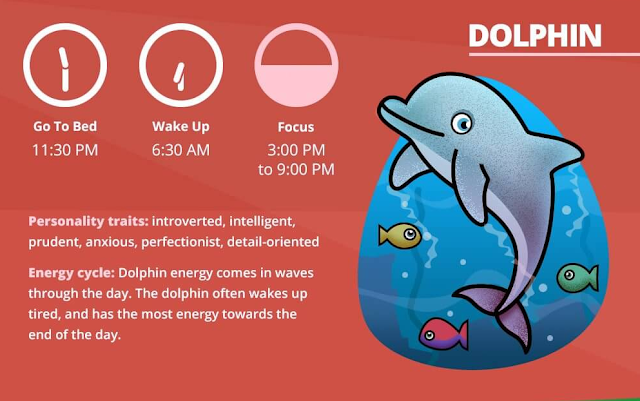 Dolphins are light sleepers who have difficulty following a regular sleep routine due to more frequent nighttime awakenings. Their most productive in the mid-morning to early afternoon. Dolphins represent 10% of the population.