The 2019 US Open will be the 139th edition of tennis’ US Open and the fourth and final Grand Slam event of the year.
Date‎: ‎August 26 – September 8
PRIZE MONEY
Total: About $55 million
Men’s and women’s singles champions: $3.85 million each

Rafael Nadal and Naomi Osaka will play their first round matches at the US Open on Tuesday, with the two former champions both competing in Arthur Ashe Stadium.
Defending women’s champion Osaka opens the action against Anna Blinkova of Russia, while Nadal – who lifted the trophy at Flushing Meadows in 2010, 2013 and 2017 – comes up against Australia’s John Millman later in the day.
There will also be a lot of focus on 15-year-old American Cori Gauff, who makes her US Open debut against Anastasia Potapova in front of a home audience. 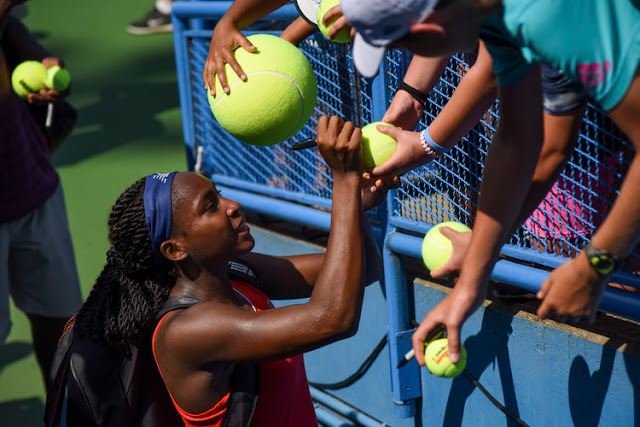 Gauff captured the attention of tennis fans all over the world with her startling Wimbledon run earlier this summer, when she defeated former world No 1 Venus Williams on her way to a fourth round exit against eventual champion Halep.

U.S. Open matches can be viewed on ESPN, ESPN2 and via ESPN+ with streaming at ESPN.com 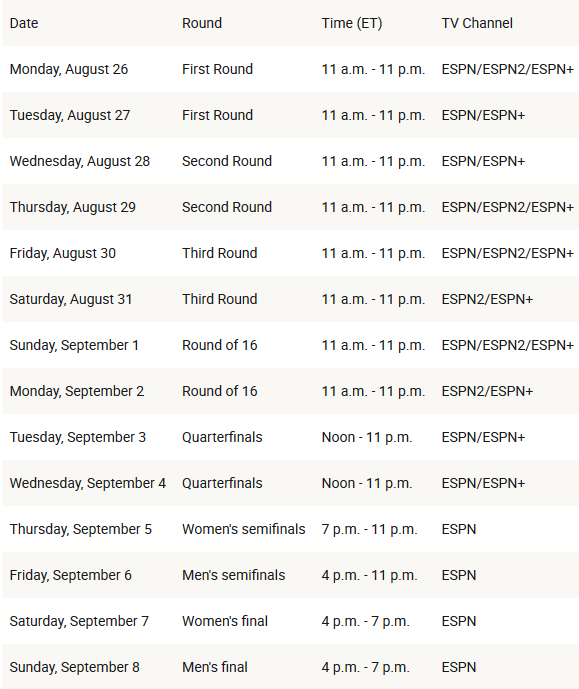