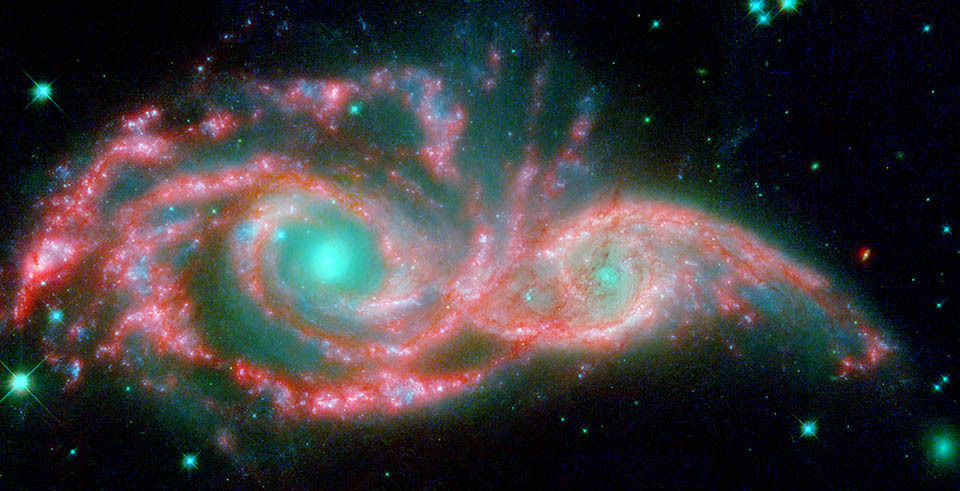 A colossal cosmic collision roughly 10 billion years ago saw our galaxy’s mass expand by a quarter after merging with a smaller one, say scientists. The Milky Way, which is home to our sun and billions of other stars, combined with so-called dwarf galaxy Gaia-Enceladus.
That is the conclusions of research by Spain’s Instituto Astrofísico de Canarias, who published findings on the birth of the Milky Way in Nature Astronomy journal.

Astrophysicists believe the stars from the dwarf galaxy Gaia-Enceladus (depicted in blue) constitute the external halo of the Milky Way.
The cosmic merger took place when Gaia-Enceladus crashed into the primitive Milky Way (called Milky Way progenitor by the astrophysicists).
The collision triggered a period of accelerated star formation lasting about two to four billion years, according to the scientists.

While the merger was dramatic and helped shape what the Milky Way has become, galaxy mergers are surprisingly well-organised and harmless.
“This crash was big in cosmic terms, but if it was happening now, we could probably not even notice at a human or solar system level,” Gallart said.
“The distances between stars in a galaxy are so huge — a galaxy is basically empty space — that the two galaxies intermix, change their global shape, more star formation may happen in one, and maybe the small one stops forming stars.
“But the individual stars in each galaxy don’t collide, don’t really notice the force of the event in a way that affects their individual evolution or the evolution of the planetary systems that may be attached to them,” Gallart said. 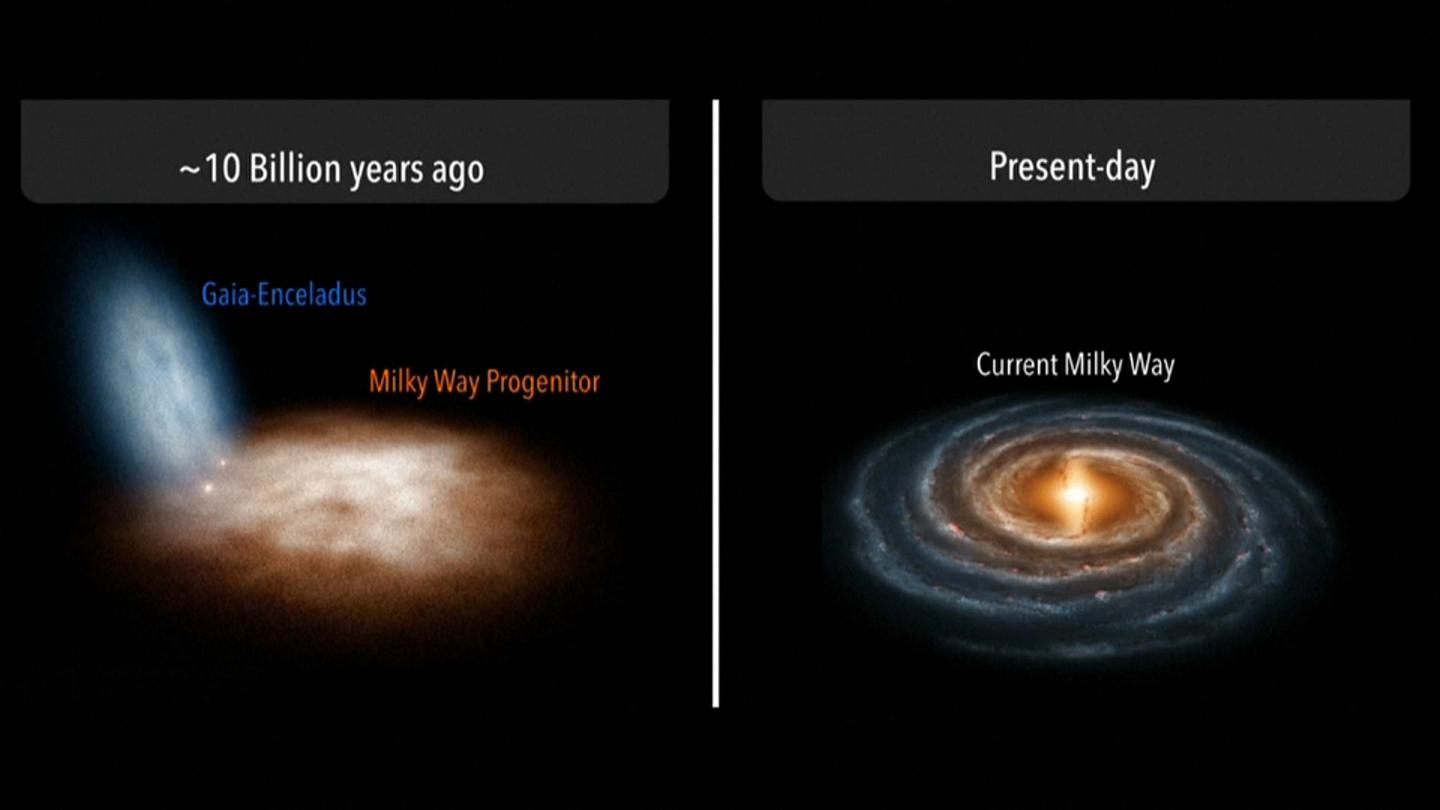 The Milky Way as we know it, spiral-shaped with a central bar-like structure composed of stars, is composed of 100 to 400 billion stars, including the sun, which formed roughly 4.5 billion years ago, far after the merger.
Galaxies of all types including the Milky Way began to form relatively soon after the Big Bang explosion that marked the beginning of the universe some 13.8 billion years ago, but were generally smaller than those seen today and were forming stars at a rapid rate. Galactic mergers are key in the process of forming today’s galaxies.

The discovery has been made thanks to the high-precision measurements of the position, brightness and distance of around a million stars within 6,500 light-years of the sun, obtained by the Gaia space telescope operated by the European Space Agency, which helped pinpoint stars present before the merger and those that formed afterwards.