Real Madrid have offered €120 million (£111m/$135m) plus Luka Modric for PSG star Neymar, according to Sport.
Barcelona are also making a push for the Brazilian, but they must first offload Philippe Coutinho before they can bring their former star back.
Meanwhile, Madrid president Florentino Perez is moving ahead with everything he has to steal a march on his side’s biggest rivals. 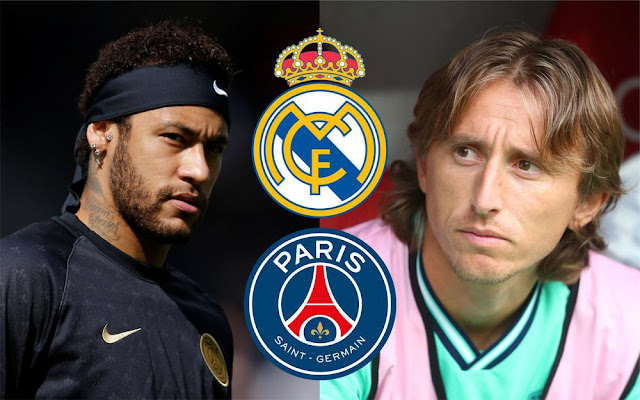 Neymar’s price tag, along with his recent off-the-field antics and his proneness to injury, are amongst the factors that have led the majority of Madrid fans surveyed to look unfavourably on the possible signing.
“I’m a Madridista and I have voted no,” commented AS reader Juan Gonzalez.
“Apart from the stories off the pitch, I don’t want Madrid to sign him because he’s an injury-prone player and his foot has hasn’t healed well. Why does Madrid want to spend a ton of money on a player who will be injured again in no time.”

Other fans had mixed feelings, seeing his prospective signing as more of a necessity than a desire at this point.
“I don’t want Neymar, because he is a continuous source of problems. I don’t like him, but today he would be a necessary player at Real Madrid,” wrote Pepiño Casa Sande. “Mbappé would be better if there was the possibility of course, but there is no possibility today.”