The BMW M8 MotoGP™ Safety Car, the new spearhead of the BMW M Safety Car fleet for the world’s fastest motorcycle racing series, has made its first appearance on the starting grid. This 625 hp high-performance car is based on the BMW M8 Competition and, as the new lead car, will be present in the service of safety at the MotoGP™ events from the Austrian Grand Prix onwards.

In order to complete the transformation from BMW M8 Competition to MotoGP™ Safety Car, special racing and safety features were also installed. These include a bonnet with ‘motorsport lock’, customized carbon flaps and the BMW M8 GTE rear wing.

The Safety Car is also illuminated by flashing corona headlight rings, LED lights on the roof with bracket and a front grille LED flasher. 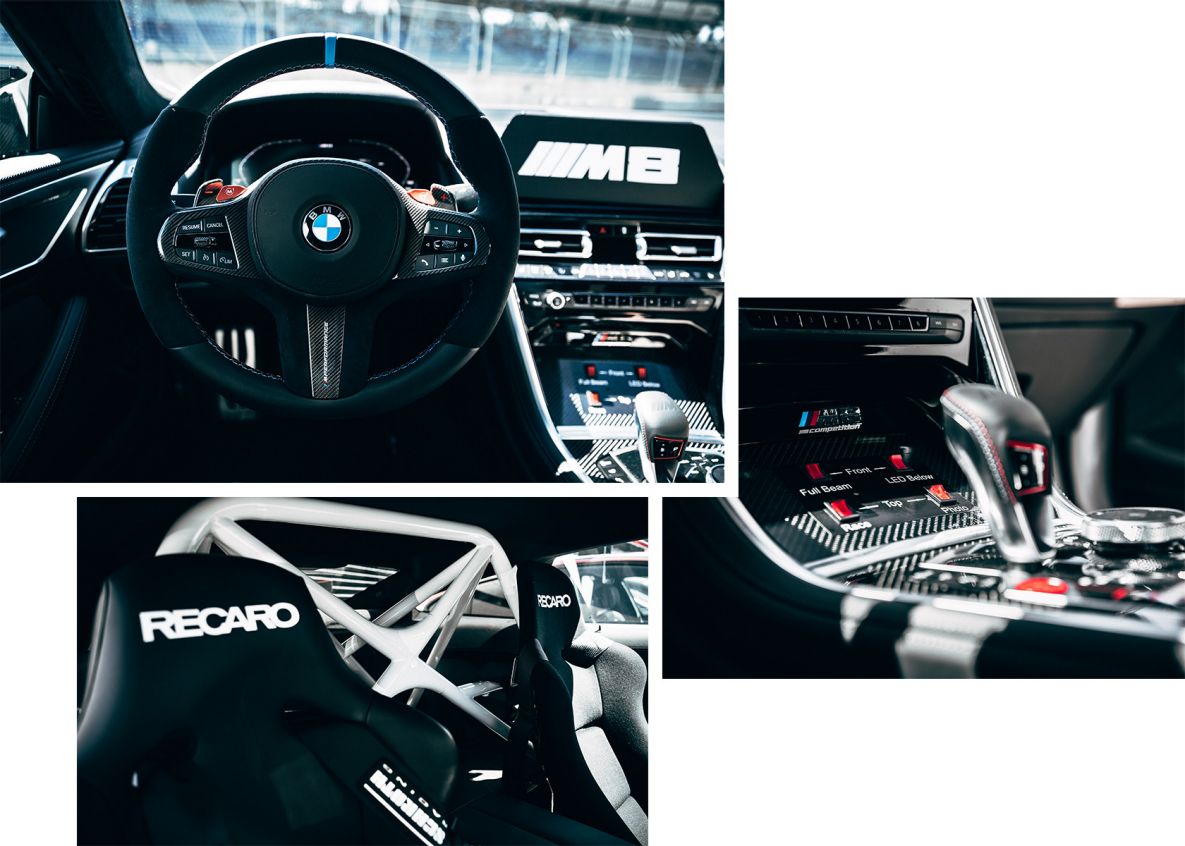 With the BMW M8 Competition as its base, it goes without saying that the BMW M8 MotoGP™ Safety Car is not lacking in performance and driving dynamics. The M power under the bonnet comes from the most powerful engine ever developed for a BMW M GmbH car. The high-revving V8 unit with M TwinPower Turbo technology develops 460 kW/625 hp and accelerates from zero to 100 km/h in 3.2 seconds. The high-performance power unit teams up with an eight-speed M Steptronic transmission with Drivelogic, and the engine’s power is channeled to the road via the M xDrive all-wheel-drive system.