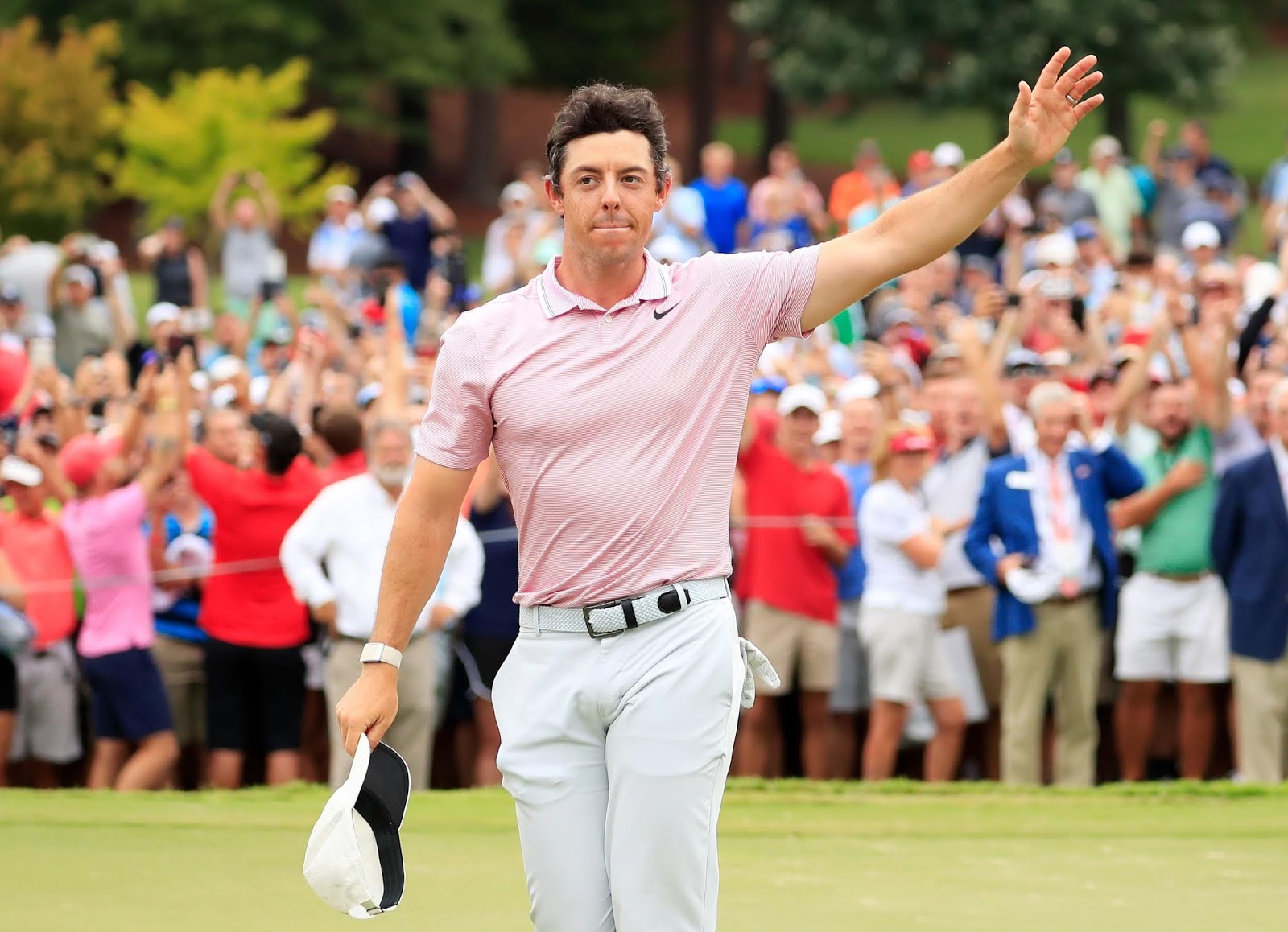 The Tour Championship is a golf tournament that is part of the PGA Tour. It has historically been one of the final events of the PGA Tour season; prior to 2007, its field consisted exclusively of the top 30 money leaders of the past PGA Tour season.
Rory McIlroy is the first FedEx Cup champion under the new stroke-adjusted format that debuted at the 2019 Tour Championship. And for the curious, he would have been the 13th FedEx Cup champion under the old system as well.
“Really cool to put my name on this trophy for a second time,” McIlroy said. “Any time you can do something that only Tiger has done, you’re doing something right.”
McIlroy’s rounds of 66-67-68-66 left him at 13-under-par 267, which was the lowest aggregate score of any of the 30 players in the field at East Lake. In other words, he would have won the old Tour Championship title. Next closest was Xander Schauffele, who shot a 10-under 270. In third place was Paul Casey at seven under, followed by Brooks Koepka (six under) and Adam Scott and Chez Reavie at five under. 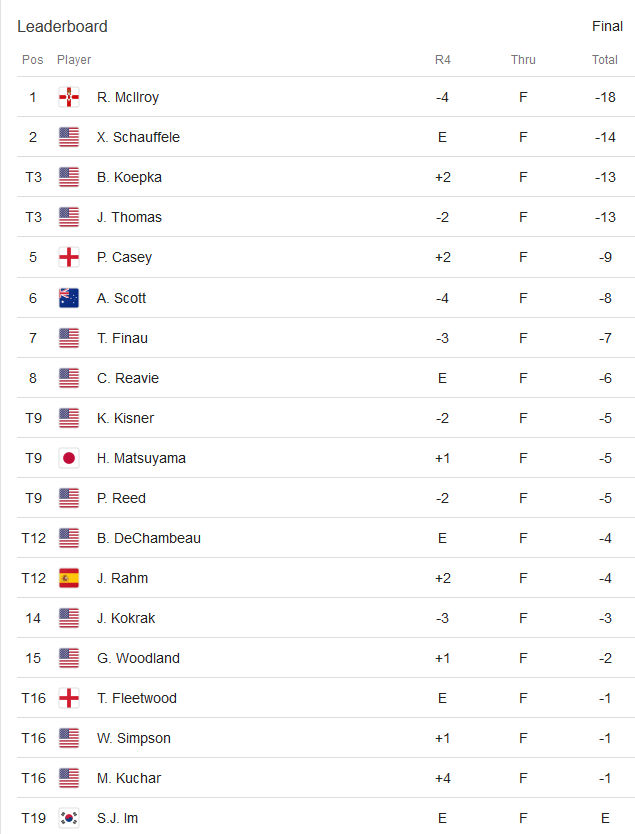