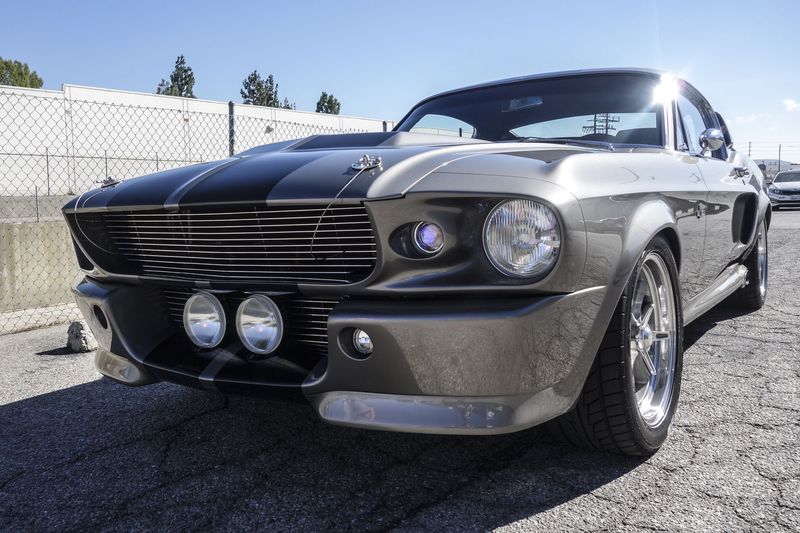 Very few cars achieve infamy—by name—through a movie title. Possibly the most famous is the 1967 Shelby Mustang GT500 fastback that Nicholas Cage drove in the 2000 movie Gone in 60 Seconds. “Eleanor” was the car Cage’s character coveted and finally nabbed in the story’s big heist.

You don’t have to spend a million to get an impressive “Eleanor,” though. Fusion Motor Company, just north of Los Angeles, makes new versions of the old Mustang.  I visited the shop last month to drive the brand’s most recent souped-up Eleanor, a pepper gray-and -black fastback with high-back Recaro leather sport seats and a manual five-speed transmission that felt as eager as the one in Cage’s movie. (Six-speed and automatic transmissions are also available.) You might even be able to pull off the same minuteslong car chases and death-defying jumps in this car, too—just don’t come running to me for bail money when you get busted.

How It Drives
There are some modern refinements: Power steering comes standard, as are air conditioning, navigation, power windows, and power locks. You can choose to have an alarm installed, or Bluetooth, or that automatic transmission I mentioned earlier (but that would be sacrilege—don’t even think about it). You can also choose to have little bespoke additions such as personalized engraving or special colors. “You can be at a car rally full of Lamborghinis, Ferraris, and Aston Martins—but this will be the thing that everyone flocks to,” Feldman said. “It’s different because it has the same amazing spirit of the old car but in a new body.”