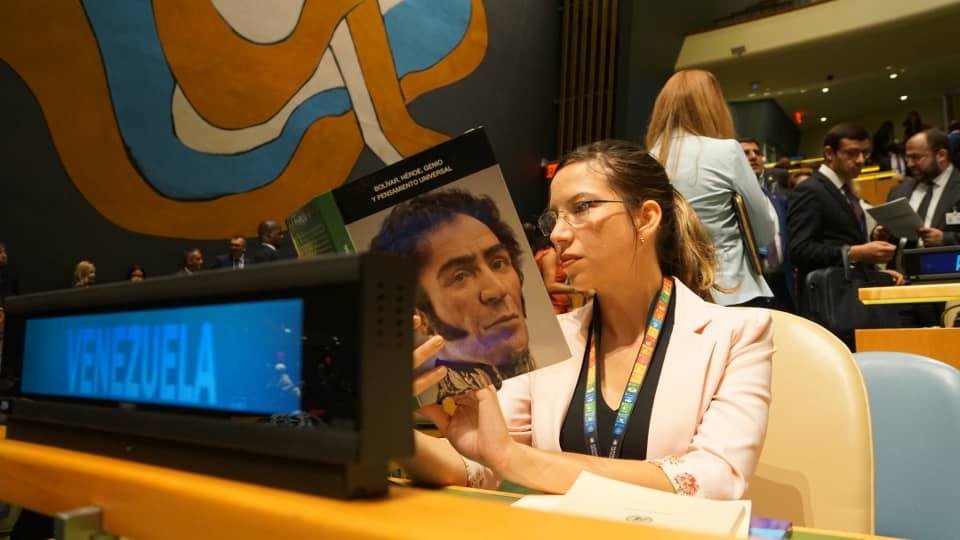 A group of leading UN officials have taken a veiled swipe at Donald Trump and other populist leaders and called for an end to “dehumanising hate speech” against migrants and ethnic minorities.

an employee of the Venezuelan embassy tweeted a photo of herself reading a book during President Trump’s speech at the United Nations General Assembly earlier today. The employee, Daniela Rodríguez, also shared a photo of the book she was reading

What Trump said about Venezuela today: Trump took a shot at Venezuela’s Nicolás Maduro in his speech, calling him a “dictator” and a “Cuban puppet.” “The dictator Maduro is a Cuban puppet, protected by Cuban bodyguards, hiding from his own people while Cuba plunders Venezuela’s oil wealth to sustain its own corrupt, Communist rule,” Trump said.