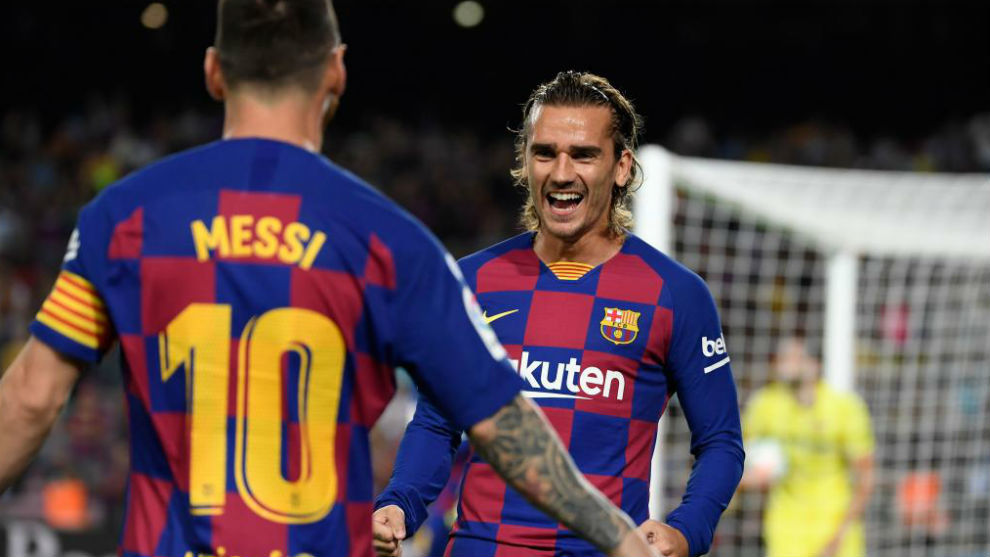 Villarreal had a clear game plan to defend deep, concede possession and hit Barça on the counter as soon as possible. The plan was cancelled after six minutes thanks to a smart corner by Lionel Messi and a good header by Antoine Griezmann, and Barça had an important early lead.
Barça didn’t allow Villarreal to keep the ball and start growing in confidence, and thanks to a spectacular, 30-yard bomb by Arthur the home team was up 2-0 after 15 minutes and pretty much had the win in the bag. But then Barça decided to camp themselves inside their own half and allow Villarreal to dominate possession at the Camp Nou, and they were punished by a great strike from outside the box and Santi Cazorla with 30 seconds to go until the end of the half.

Villarreal dominated the first 20 minutes of the second half, sending bodies forward and firing shots at goal whenever they had the chance. Barça tried to survive the pressure and find a third goal on the counter, but they couldn’t create much, and the fact they didn’t have Lionel Messi because of injury did not help as the returning Ousmane Dembélé looked poor in his place.
After the visitors’ early pressure Barça regained control of the action, keeping more of the ball and looking slightly more dangerous after Frenkie De Jong came on for Sergi Roberto. Then Ansu Fati come on to try and work his magic as the Blaugrana looked to kill the game with a third goal, and the 16-year-old was involved in the best attacking moves of the entire match for Barça.
Unfortunately Ansu Fati could not help his team find a third, and Barça had to settle for a narrow one-goal win.