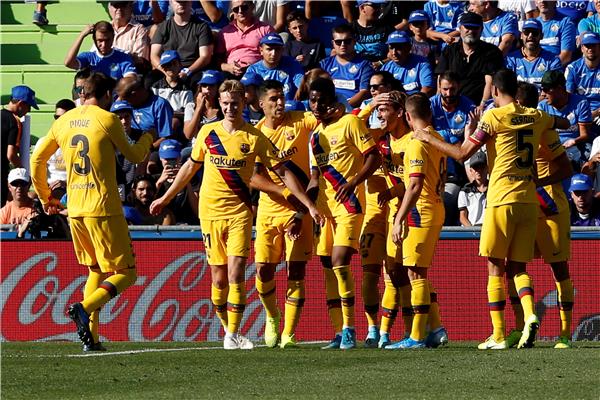 Barcelona scored an important 2-0 win over Getafe on Saturday in the seventh round of La Liga, breaking a series of negative results away from home this season.
Luis Suarez scored in the 41st minute and Junior Verbo scored in the 49th minute.
With this victory, Barca have 13 points in the league, while Getafe have 7 points in 11th place.

Barcelona coach Ernesto Valverde, based on the way he played (4-3-3) with Ter Stegen in the goalkeeper, in front of him Verbeau, Linglet, Pique, Sergei Roberto, in the middle of Arthur, Busquets, De Jong, and three attackers Carles Perez, Griezmann, and Suarez .
On the other hand, Getafe coach Pep Bordalas relied on a 4-4-2 style, with goalkeeper David Soria, in front of him the quartet Suarez, Denny, Bruno and Neum, and in the center Jason, Mauro, Maximovic, Cocorella, and attacking duo Jaime Mata and Angel Rodriguez .