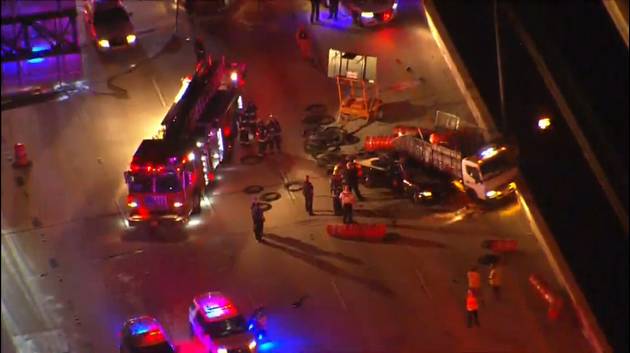 A Florida Highway Patrol trooper is dead after a crash Friday morning on State Road 408, according to Orange County Mayor Jerry Demings. “Very sad news this morning with the passing of an FHP Orlando trooper during a 408 accident. My heart goes out to the officer’s family and law enforcement family,” Demings said. “Please remember to travel safe.”

As a result of the accident all eastbound lanes SR-408 were shut down, FHP said. The accident was reported at about 6:04 a.m. near the Conway Road exit and is causing major delays, FHP said. Traffic is backed up from Conway to Exit 8: State Road 423/John Young Parkway, according to the Florida Department of Transportation.