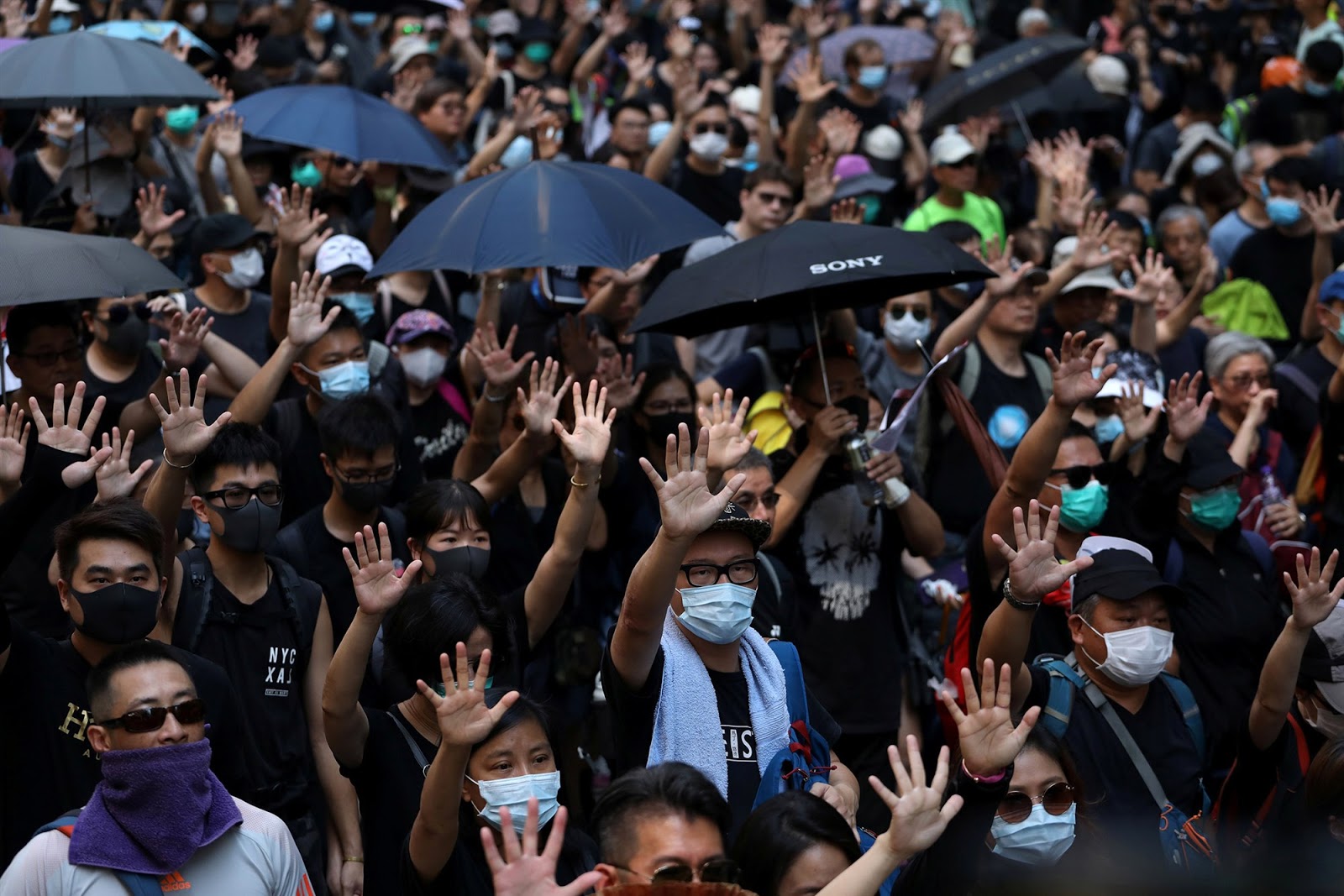 Violence escalated as protesters in Hong Kong clashed with police during anti-China protests on the 70th anniversary of the founding of the People’s Republic of China.

Protesters say Though it is unclear whether the person shot today was a protester, when asked about the suggestion that officers may end up killing a demonstrator in self-defense, activist Bonnie Leung — of the Civil Human Rights Front — said police using real ammunition and guns was “unnecessary and unjustified.” Leung added that officers are able to protect themselves in “many different ways.”

On social media, videos were posted of protesters as well as regular passengers escaping a subway station closed during the chaos, while the entrance to another was engulfed in flames sparked by Molotov cocktails.
Police confirmed the arrests of more than 150 people, correspondent Ramy Inocencio reports.
The violence between police and protesters has escalated over the past 17 weeks – police now using tear gas, and water cannons loaded with blue-dyed water, a tactic used to identify protesters.