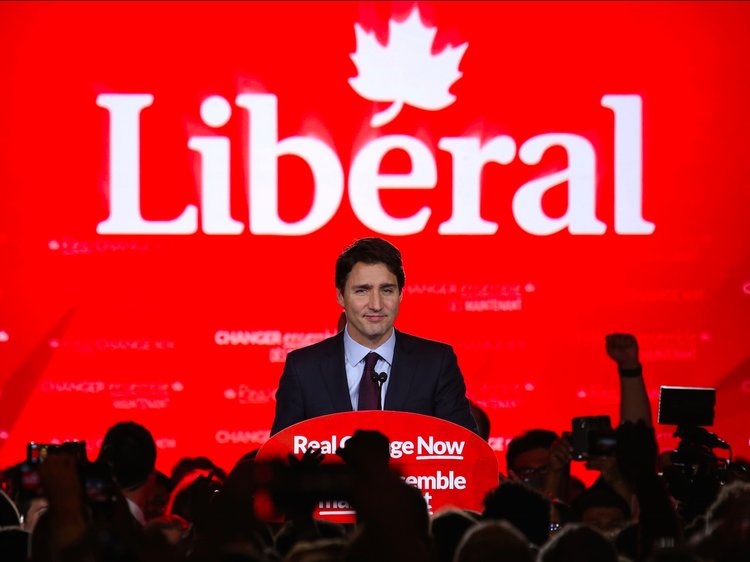 Toronto, Canada – Justin Trudeau was on course to win a second term as Canada’s prime minister in an election seen as a referendum on the Liberal leader and his four-year-old government after a series of scandals that made him lose his popularity .

Trudeau’s Liberal Party led in 146 out of 304 electoral districts that had reported results by about 10:30pm Toronto time on Monday, short of the 170 needed to security a majority government.

“We seek hardship for none and prosperity for all, and if we unite around these common goals, I know we can achieve them,” Trudeau told cheering supporters in Montreal, saying that Canadians had sent a clear message of support for progressive policies.

Speaking to supporters on Monday night, Bloc Québécois leader Yves-François Blanchet ruled out forming a coalition government with either major party.
But he said his party would work together on policies that improve life for Quebec’s residents.
“This is a Parliament we will have to make work,” he said.

Congratulations to @JustinTrudeau on a wonderful and hard fought victory. Canada is well served. I look forward to working with you toward the betterment of both of our countries!