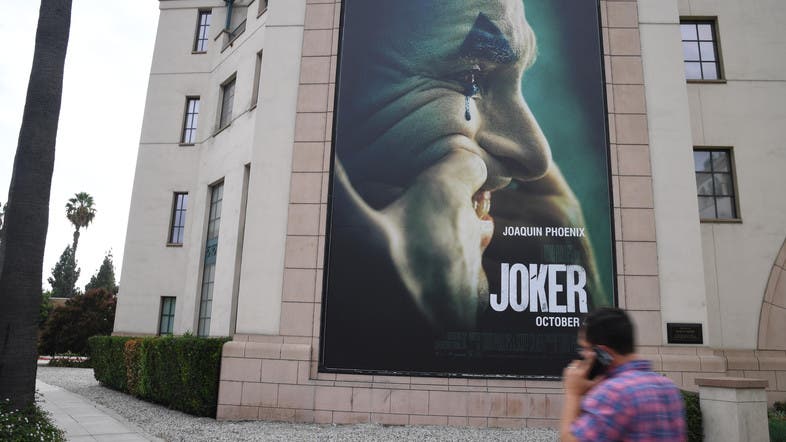 The Los Angeles Police Department said Friday it plans to step up its visibility around movie theaters for the opening of “Joker” because of heightened fears over the film’s content.
A police spokeswoman told AFP that while there have been no credible threats in the Los Angeles area, “the department will maintain high visibility around movie theaters when (the film) opens” next week.
“We encourage everyone to go out and enjoy all of the weekend leisure activities this city has to offer, however, Angelenos should remain vigilant and always be aware of your surroundings,” spokeswoman Rosie Cervantes said. “As always if you see something, say something.”
The Warner Bros. film portrays its murderous outcast villain, played by Joaquin Phoenix, as a hero and some critics have suggested the movie could incite violence.
“Joker” is being released seven years after 12 people were killed in Aurora, Colorado, when a gunman opened fire during a screening of Batman film “The Dark Knight Rises.”
Earlier this week, families of some of the victims published an open letter in Hollywood trade publications expressing concern about the new film.
“When we learned that Warner Bros. was releasing a movie called ‘Joker’ that presents the character as a protagonist with a sympathetic origin story, it gave us pause,” the letter said.