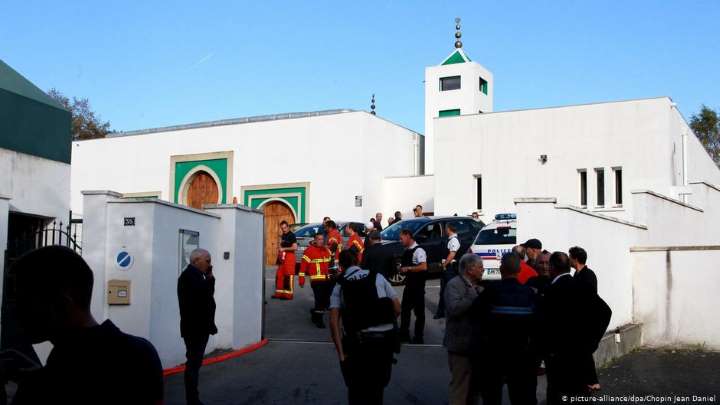 Four shots were fired outside the building on Monday afternoon after a 80’s former soldier had attempted to set fire to the mosque’s door.

Police said a man tried to set fire to the door of the mosque and that when he was interrupted, he opened fire and wounded two men . then set fire to a car before fleeing, police said.

The victims were brought to a nearby hospital with serious injuries, while the suspected shooter, identified as Claude Sinke, was later arrested at his home in Les Landes, north of Bayonne.

“I strongly condemn the heinous attack perpetrated in front of the Bayonne Mosque,” President Emmanuel Macron said on his Twitter account.