A rare waterway segment made of stone that resembles a Garuda  a legendary bird or bird-like creature in Hindu, Buddhist and Jain mythology , the statue believed to belong before the Majapahit era a Hindu Empire and thalassocracy in Southeast Asia, based on the island of Java (part of modern-day Indonesia), that existed from 1293 to circa 1500. Majapahit reached its peak of glory during the era of Hayam Wuruk, whose reign from 1350 to 1389 was marked by conquest which extended through Southeast Asia. 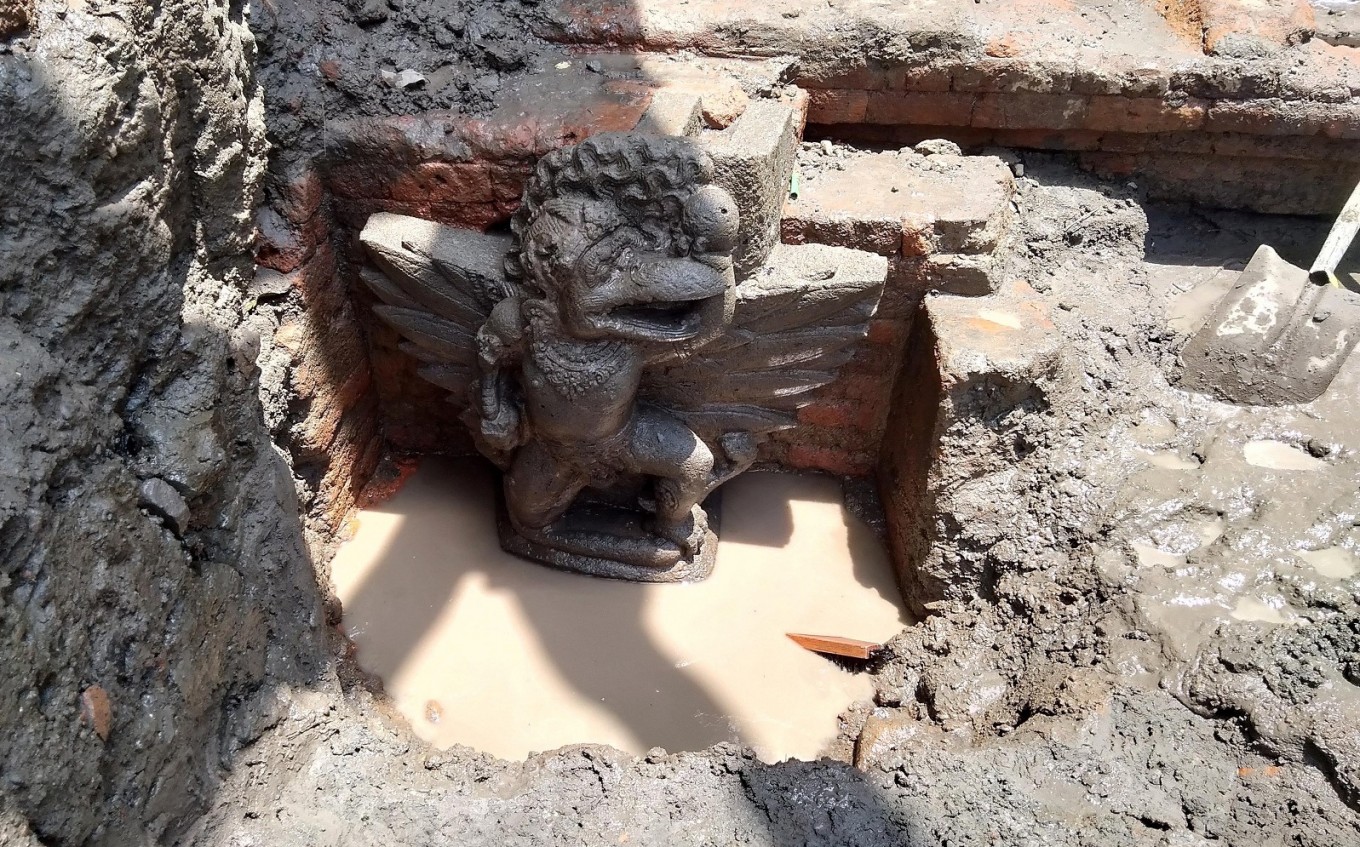 The statue was found during an excavation of the ancient hot spring in Sumberbeji village, East Java. Discovered by the Trowulan Cultural Heritage Preservation Agency (BPCB) in East Java, the 80-centimeter-tall Garuda statue was found relatively intact and stuck to the walls of a hot spring that was being excavated by a BPCB Trowulan archaeology team for a period of 10 days since Sept. 9. “This is the only ancient hot spring that has a Garuda statue as its jaladwara,” Wicaksono Dwi Nugroho, archaeologist and head of the excavation team, said that The Garuda statue depicts a scene of Garuda stepping on a dragon while one of its hands is gripping the dragon’s tail. 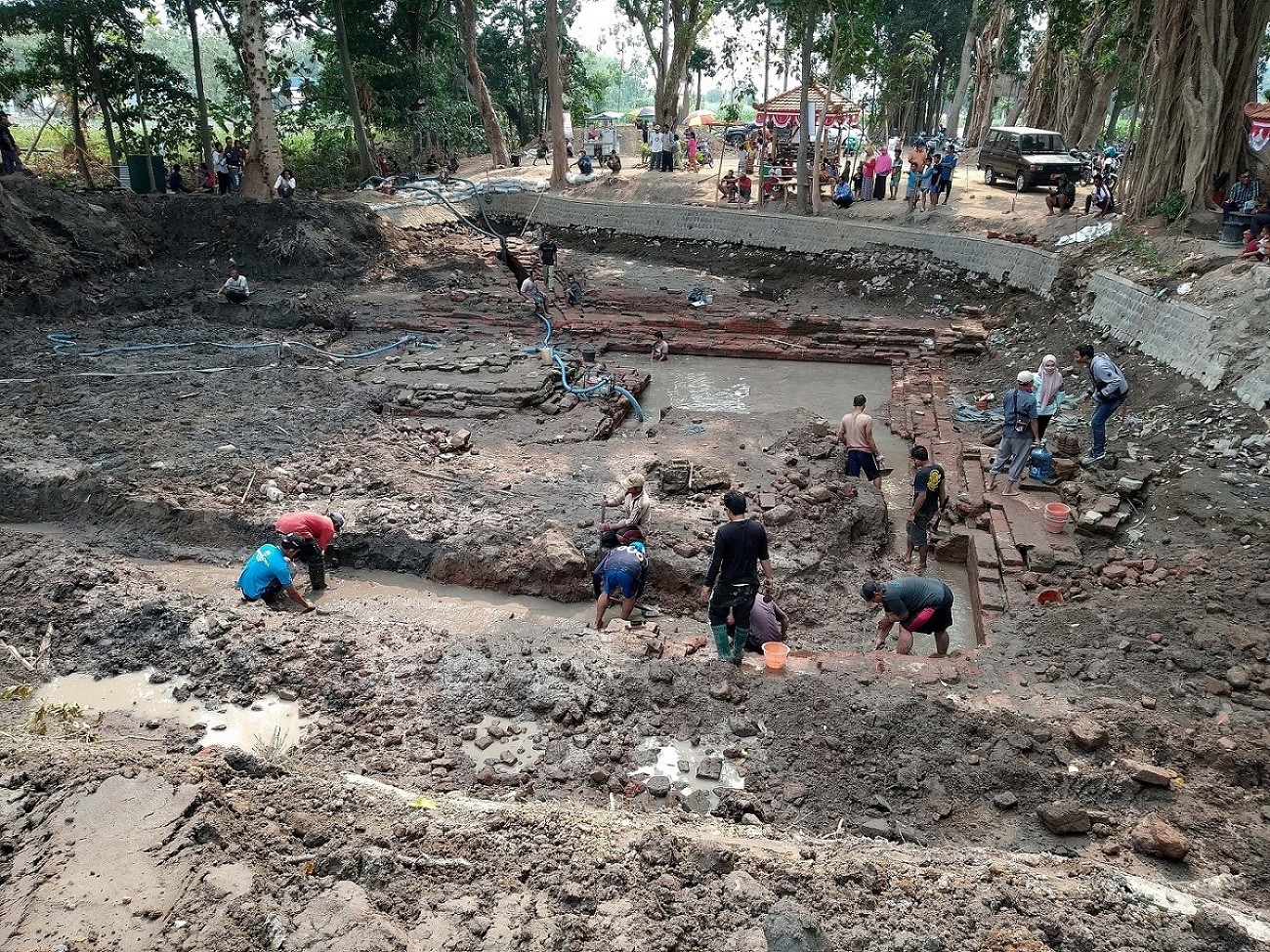