The next time you point your telescopes to the sky, look for the Eagle Nebula. Turn your telescope a little bit to the northwest and you’ll see a bright, reddish spot in the sky. That is not any ordinary star – it is the largest star we have ever seen.

The sun may appear to you as the largest star in the sky but as we all know that’s just because it’s the closest. On a stellar scale, it’s really quite average — about half of the known stars are larger; half are smaller. The largest star in the universe discovered in 1860 is UY Scuti, a hyper giant with a radius around 1,700 times larger than the sun. And it’s not alone in dwarfing Earth’s dominant star. The star lies near the center of the Milky Way, roughly 9,500 light-years away.

Located in the constellation Scutum, UY Scuti is a hypergiant, the classification that comes after supergiant, which itself comes after giant. Hypergiants are rare stars that shine very brightly. They lose much of their mass through fast-moving stellar winds.

The UY Scuti Star is dying
Based on current models of stellar evolution, UY Scuti has begun to fuse helium, and continues to fuse hydrogen in a shell around the core. The location of UY Scuti deep within the Milky Way disc suggests that it is a metal-rich star.
After fusing heavy elements, its core will begin to produce iron, disrupting the balance of gravity and radiation in its core and resulting in a core collapse supernova.
Read this article if you wanna know more about the life circle of stars and how they die https://www.guardienmag.com/2019/10/the-life-cycle-of-star-how-stars-are.html 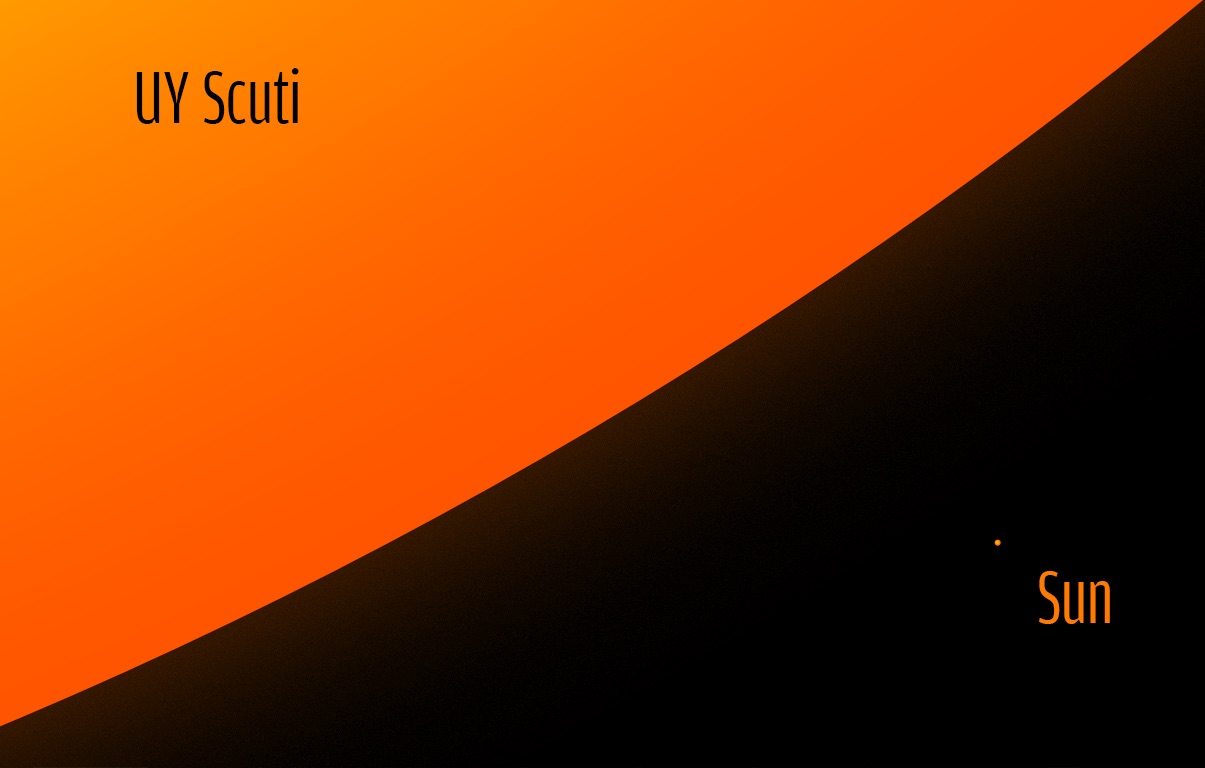