Spanish newspapers on Thursday highlighted Barcelona’s 2-1 victory over Slavia Prague, taking the lead in the Champions League and the future of Uruguayan midfielder Vidi Valverde.

“Valverde was included in Zidane’s starting lineup because of his versatility on the pitch.”

“His appearance is very similar to that of Casemiro in 2015, and Real Madrid coach Zidane was clear in his vision last March.” 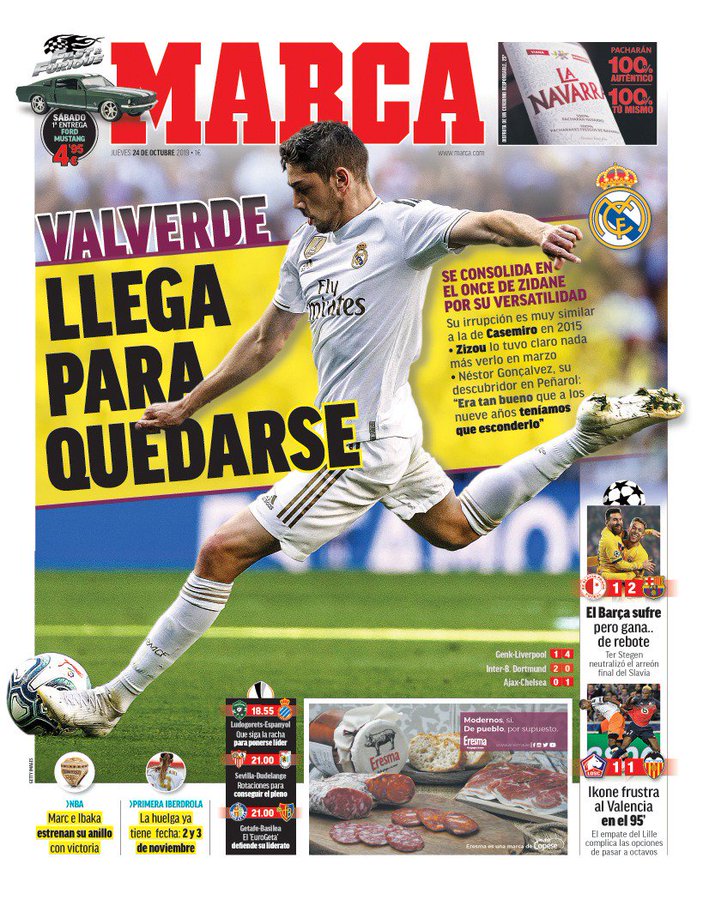 She added: “Barcelona came out of the Prague meeting at the top of his group, but suffered against a violent opponent.”

“Ter Stegen has become a hero again after Messi scored the first goal, and a reverse goal by the manufacture of Suarez to resolve the game.” 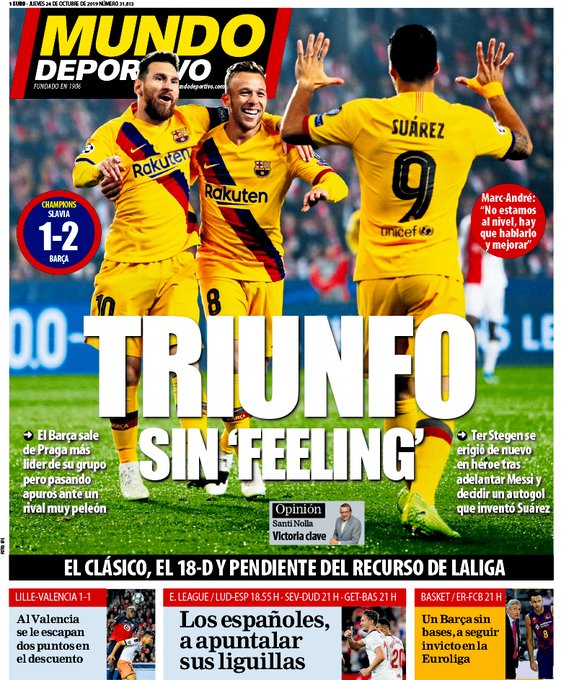 And on the main page of the newspaper “Sport”: “Forward”.

Added: “Barcelona achieved their sixth victory in a row, and took the top of the group, and is very close to qualify for the round of 16.”

“Messi opened the way to victory, scoring for his 15th consecutive season in the Champions League.” 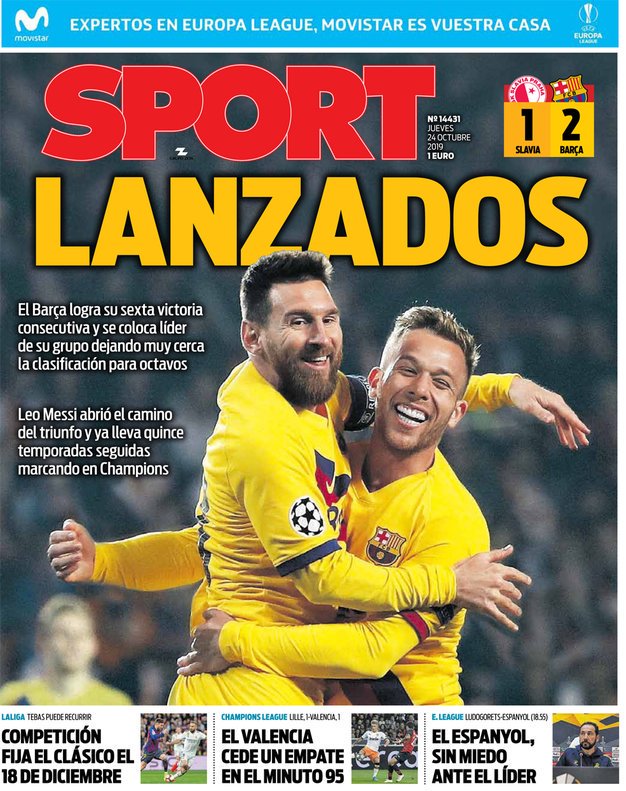