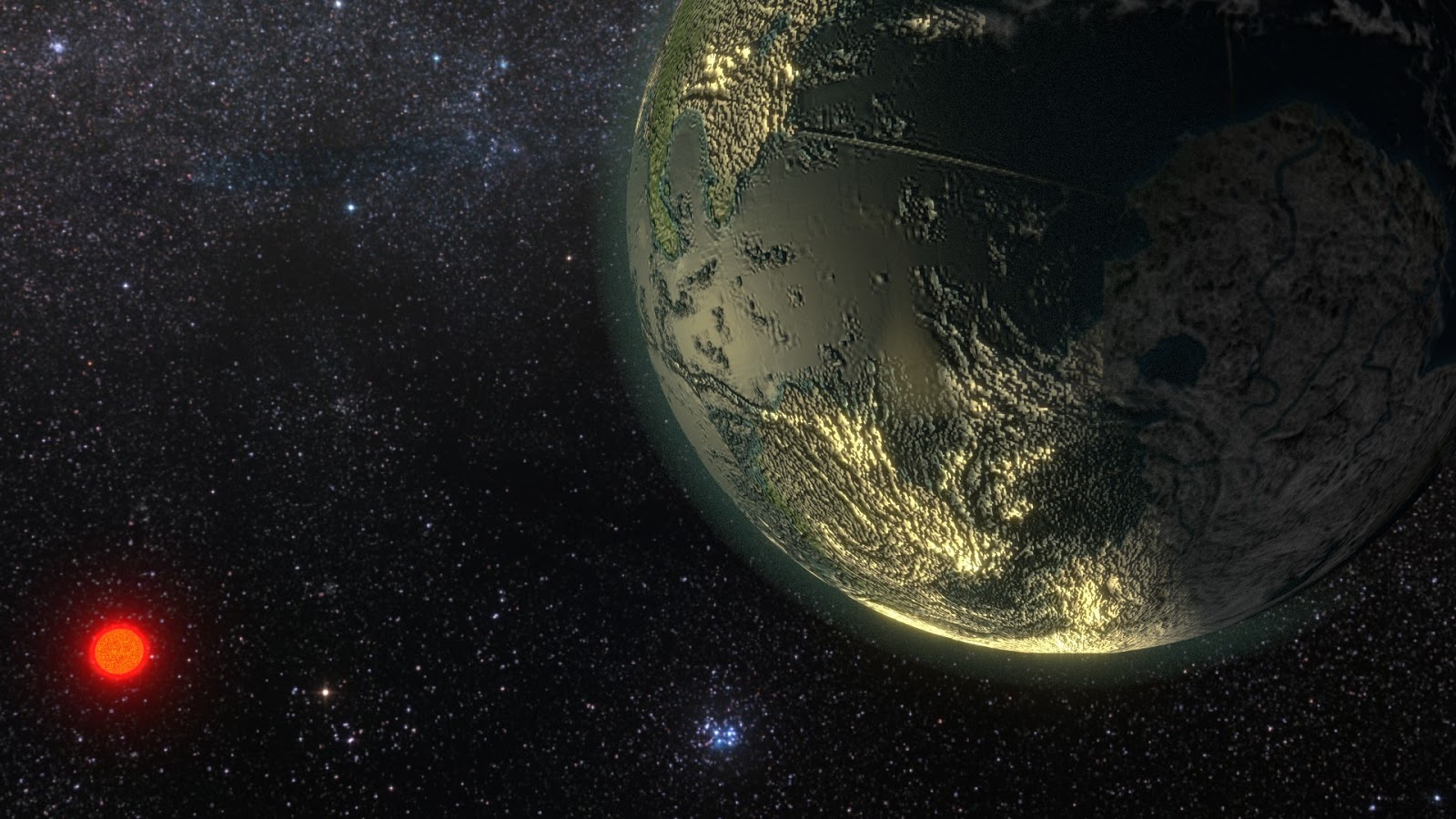 Earth-like planets may be common in the universe, a new UCLA study implies. The team of astrophysicists and geochemists presents new evidence that the Earth is not unique. The study was published in the journal Science on Oct. 18.
“We have just raised the probability that many rocky planets are like the Earth, and there’s a very large number of rocky planets in the universe,” said co-author Edward Young, UCLA professor of geochemistry and cosmochemistry.
The scientists, led by Alexandra Doyle, a UCLA graduate student of geochemistry and astrochemistry, developed a new method to analyze in detail the geochemistry of planets outside of our solar system. Doyle did so by analyzing the elements in rocks from asteroids or rocky planet fragments that orbited six white dwarf stars.
“We’re studying geochemistry in rocks from other stars, which is almost unheard of,” Young said.
“Learning the composition of planets outside our solar system is very difficult,” said co-author Hilke Schlichting, UCLA associate professor of astrophysics and planetary science. “We used the only method possible — a method we pioneered — to determine the geochemistry of rocks outside of the solar system.”
White dwarf stars are dense, burned-out remnants of normal stars. Their strong gravitational pull causes heavy elements like carbon, oxygen and nitrogen to sink rapidly into their interiors, where the heavy elements cannot be detected by telescopes. The closest white dwarf star Doyle studied is about 200 light-years from Earth and the farthest is 665 light-years away.
“By observing these white dwarfs and the elements present in their atmosphere, we are observing the elements that are in the body that orbited the white dwarf,” Doyle said. The white dwarf’s large gravitational pull shreds the asteroid or planet fragment that is orbiting it, and the material falls onto the white dwarf, she said. “Observing a white dwarf is like doing an autopsy on the contents of what it has gobbled in its solar system.”
The data Doyle analyzed were collected by telescopes, mostly from the W.M. Keck Observatory in Hawaii, that space scientists had previously collected for other scientific purposes.
“If I were to just look at a white dwarf star, I would expect to see hydrogen and helium,” Doyle said. “But in these data, I also see other materials, such as silicon, magnesium, carbon and oxygen — material that accreted onto the white dwarfs from bodies that were orbiting them.”
When iron is oxidized, it shares its electrons with oxygen, forming a chemical bond between them, Young said. “This is called oxidation, and you can see it when metal turns into rust,” he said. “Oxygen steals electrons from iron, producing iron oxide rather than iron metal. We measured the amount of iron that got oxidized in these rocks that hit the white dwarf. We studied how much the metal rusts.”
Rocks from the Earth, Mars and elsewhere in our solar system are similar in their chemical composition and contain a surprisingly high level of oxidized iron, Young said. “We measured the amount of iron that got oxidized in these rocks that hit the white dwarf,” he said.
The sun is made mostly of hydrogen, which does the opposite of oxidizing — hydrogen adds electrons.
The researchers said the oxidation of a rocky planet has a significant effect on its atmosphere, its core and the kind of rocks it makes on its surface. “All the chemistry that happens on the surface of the Earth can ultimately be traced back to the oxidation state of the planet,” Young said. “The fact that we have oceans and all the ingredients necessary for life can be traced back to the planet being oxidized as it is. The rocks control the chemistry.”
Until now, scientists have not known in any detail whether the chemistry of rocky exoplanets is similar to or very different from that of the Earth.
How similar are the rocks the UCLA team analyzed to rocks from the Earth and Mars?
“Very similar,” Doyle said. “They are Earth-like and Mars-like in terms of their oxidized iron. We’re finding that rocks are rocks everywhere, with very similar geophysics and geochemistry.”
“It’s always been a mystery why the rocks in our solar system are so oxidized,” Young said. “It’s not what you expect. A question was whether this would also be true around other stars. Our study says yes. That bodes really well for looking for Earth-like planets in the universe.”
White dwarf stars are a rare environment for scientists to analyze.
The researchers studied the six most common elements in rock: iron, oxygen, silicon, magnesium, calcium and aluminum. They used mathematical calculations and formulas because scientists are unable to study actual rocks from white dwarfs. “We can determine the geochemistry of these rocks mathematically and compare these calculations with rocks that we do have from Earth and Mars,” said Doyle, whose background is in geology and mathematics. “Understanding the rocks is crucial because they reveal the geochemistry and geophysics of the planet.”
“If extraterrestrial rocks have a similar quantity of oxidation as the Earth has, then you can conclude the planet has similar plate tectonics and similar potential for magnetic fields as the Earth, which are widely believed to be key ingredients for life,” Schlichting said. “This study is a leap forward in being able to make these inferences for bodies outside our own solar system and indicates it’s very likely there are truly Earth analogs.”
Young said his department has both astrophysicists and geochemists working together.
“The result,” he said, “is we are doing real geochemistry on rocks from outside our solar system. Most astrophysicists wouldn’t think to do this, and most geochemists wouldn’t think to ever apply this to a white dwarf.”
Co-authors are Benjamin Zuckerman, a UCLA professor of physics and astronomy, and Beth Klein, a UCLA astronomy researcher.