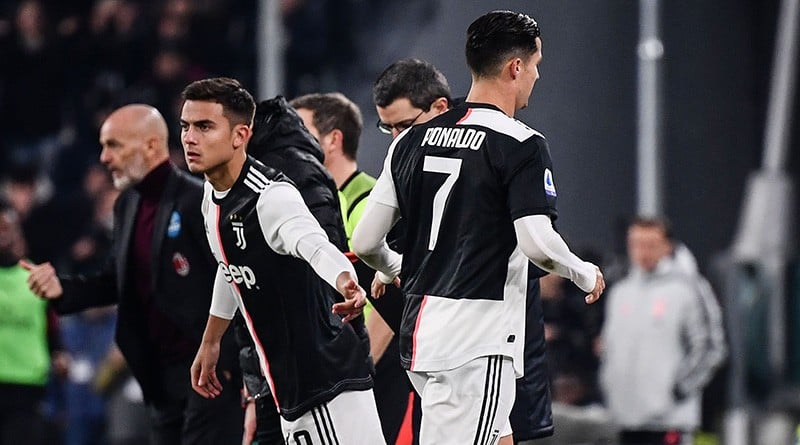 Juventus star Cristiano Ronaldo may leave the team walls with a possible return to Real Madrid, according to an Italian press report.

According to the site “Calcio Mercato,” the relationship deteriorated between Ronaldo and his coach at Juventus, Mauricio Sarri, and this was evident when the replacement of the Portuguese Don against Milan at the weekend.

Ronaldo came out angry at the decision to replace him in the 55th minute and went to the tunnel leading to the dressing room instead of sitting on the bench, and even left the stadium three minutes before the end of the game.

The website pointed out that Ronaldo may return to his former team Real Madrid, who left him in the summer of 2018 to Juventus.

However, Ronaldo’s lackluster start to the season and his succession with Mauricio Sarri could cause the player to leave Juventus.

The reaction of Ronaldo to the decision to replace him against Milan, was very bad, where he insulted coach Sari’s mother in Portuguese language, before heading to the dressing room.