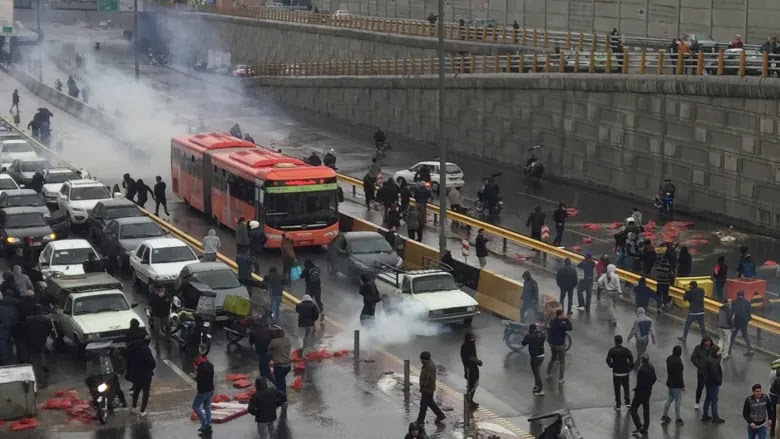 Days of protests in Iran over rising fuel prices and a subsequent government crackdown have killed more than 100 people across the country, according to rights group Amnesty International.

Speaking at a government meeting in Tehran, Rouhani said the country had been “victorious out of yet another test” and that “despite the country’s economic problems and existing grievances,” Iran had demonstrated it “would never allow the balance to tilt in favor of the enemy,” according to state broadcaster Press TV.
Iran’s president has claimed victory against an “enemy” plot, following a deadly crackdown by security forces on protests over petrol price rises.

“Subversive elements” backed by the US, Israel and Saudi Arabia were behind the unrest, Hassan Rouhani alleged.