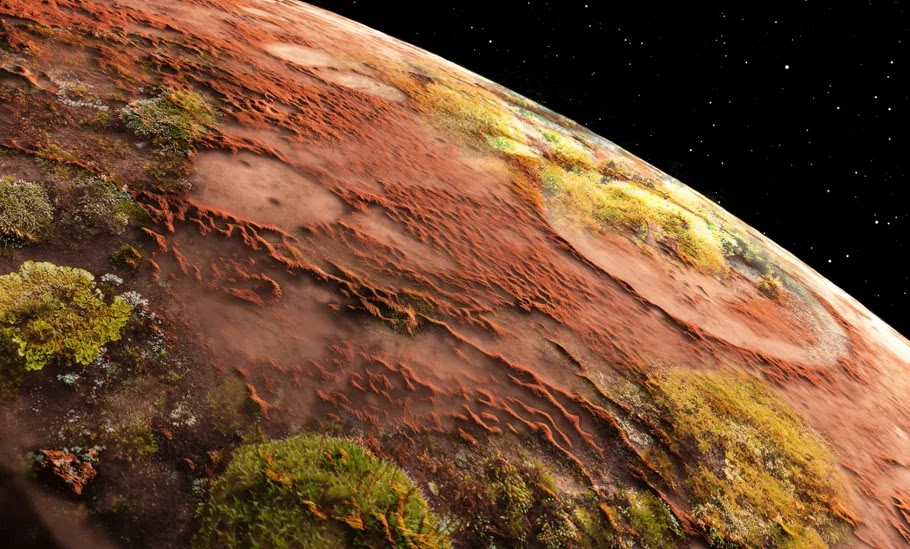 Scientists with NASA’s Mars 2020 rover have discovered what may be one of the best places to look for signs of ancient life in Jezero Crater, where the rover will land on Feb. 18, 2021.

Mars 2020 is NASA’s next-generation mission with a focus on astrobiology, or the study of life throughout the universe. Equipped with a new suite of scientific instruments, it aims to build on the discoveries of NASA’s Curiosity, which found that parts of Mars could have supported microbial life billions of years ago. Mars 2020 will search for actual signs of past microbial life, taking rock core samples that will be deposited in metal tubes on the Martian surface. Future missions could return these samples to Earth for deeper study.
In addition to preserving signs of ancient life, carbonates can teach us more about how Mars transitioned from having liquid water and a thicker atmosphere to being the freezing desert it is today. Carbonate minerals formed from interactions between carbon dioxide and water, recording subtle changes in these interactions over time. In that sense, they act as time capsules that scientists can study to learn when — and how — the Red Planet began drying out. 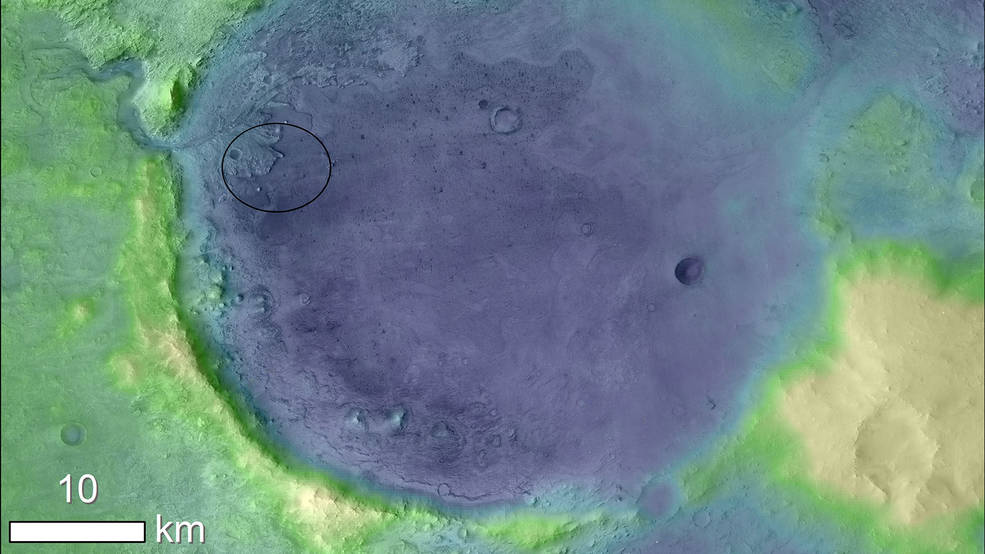 Measuring 28 miles (45 kilometers) wide, Jezero Crater was also once home to an ancient river delta. The “arms” of this delta can be seen reaching across the crater floor in images taken from space by satellite missions.

“CRISM spotted carbonates here years ago, but we only recently noticed how concentrated they are right where a lakeshore would be,” said the paper’s lead author, Briony Horgan of Purdue University in West Lafayette, Indiana. “We’re going to encounter carbonate deposits in many locations throughout the mission, but the bathtub ring will be one of the most exciting places to visit.”
It isn’t guaranteed that the shoreline carbonates were formed in the lake; they could have been deposited before the lake was present. But their identification makes the site’s western rim, called “the marginal carbonate-bearing region,” one of the richest troves of these minerals anywhere in the crater.