Velociraptor is a genus of dromaeosaurid theropod dinosaur that lived approximately 75 to 71 million years ago during the latter part of the Cretaceous Period. Two species are currently recognized, although others have been assigned in the past.

Fossils of dromaeosaurids more primitive than Velociraptor are known to have had feathers covering their bodies and fully developed feathered wings.The fact that the ancestors of Velociraptor were feathered and possibly capable of flight had long suggested to paleontologists that Velociraptor bore feathers as well, since even flightless birds today retain most of their feathers.
A newly identified species of dinosaur has revealed that Velociraptors were not smooth skinned as depicted in Jurassic Park but were actually covered in feathers.This close relative of the velociraptor, called Zhenyuanlong, lived 125 million years ago in China and is the largest fossil ever discovered to have such a well-preserved set of bird-like wings.
Although feathered dinosaur fossils have been uncovered in the past, Zhenyuanlong is the first to possess multiple layers of quill pen-like feathers, the same as those found on modern birds. This suggests that winged dinosaurs were more diverse than previously thought. 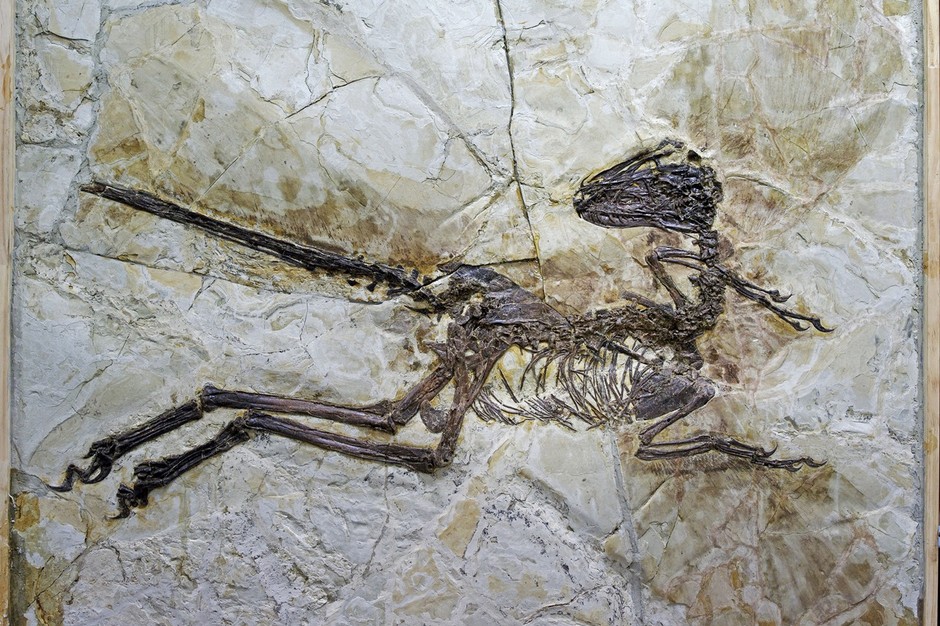