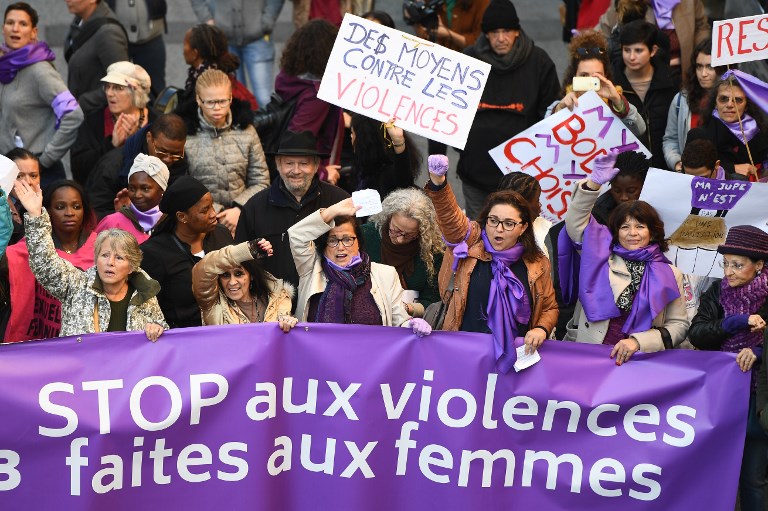 Protesters in Paris hit the streets today to condemn violence against women ahead of an international awareness day on Monday (November 25).
It comes as the number of femicides in France is already larger this year than it was in 2018. Many protesters held signs with the names of women killed by a partner or ex-partner.
At least 49,000 protesters showed up in Paris, according to the independent research firm Occurrence.
The protests came on the UN’s International Day for the Elimination of Violence Against Women and is aimed at pressuring the French government before it unveils new measures on Monday to tackle the problem.
The measures are expected to include seizing firearms from people suspected of domestic violence and prioritising police training so they won’t brush off women’s complaints as a private affair.
The French justice department said last week that in 65% of 88 domestic violence murders or attempted in the country last year, police were notified beforehand.