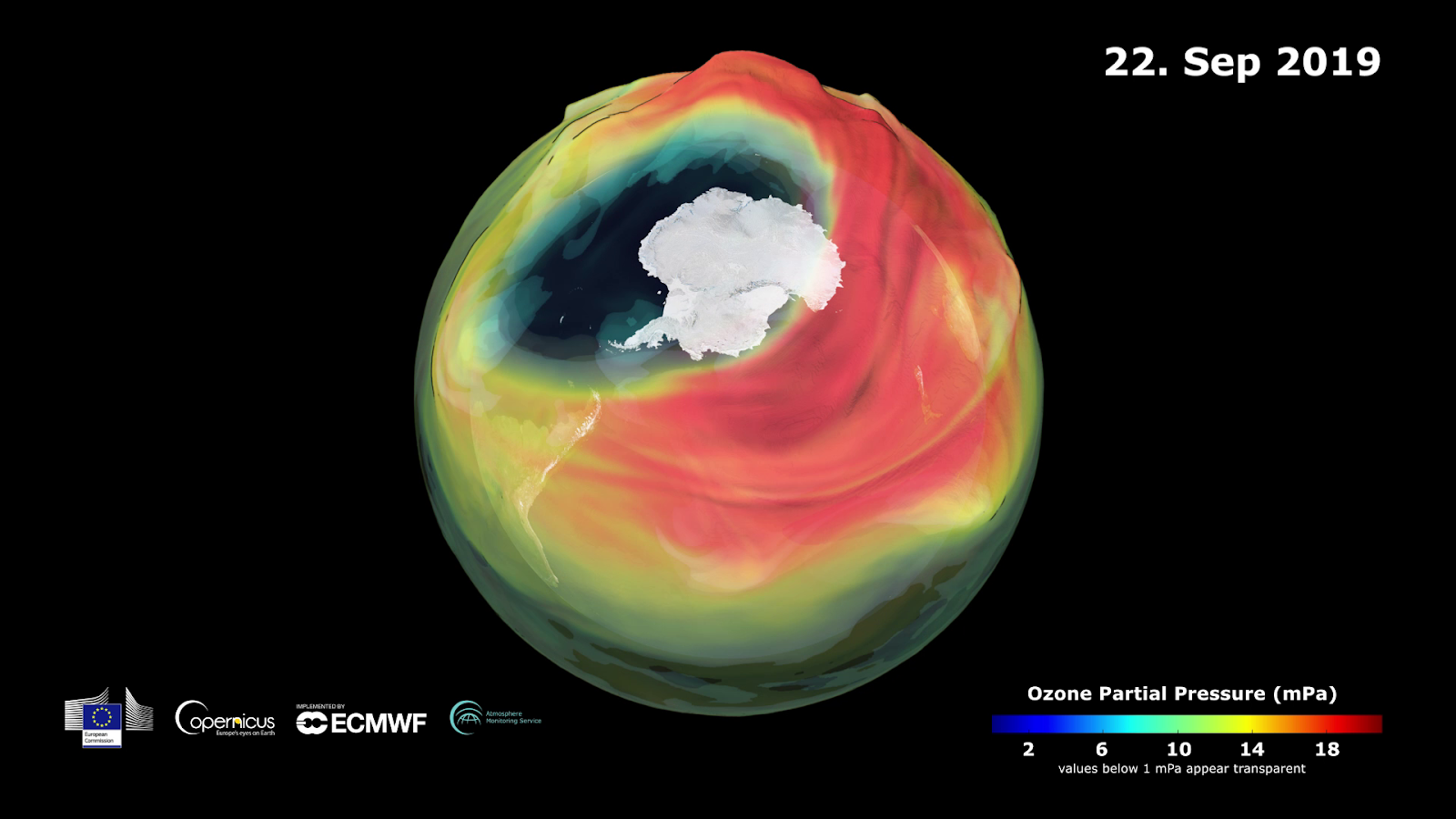 The hole in the ozone layer has shrunk to its smallest size since scientists began monitoring it in 1982 because of unusual weather patterns in the upper atmosphere over Antarctica, according to NASA.

Scientists from the Copernicus Atmosphere Monitoring Service (CAMS) are expecting that the annual appearance of the ozone hole in Antarctica could be one of the smallest seen since the mid-1980s. Less than a month into the ozone hole season, CAMS scientists have observed that this year’s hole is currently decreasing in size to reach about half of the area usually seen at the time of year. As well as being a lot smaller than recent years, the hole is off centre and has moved off the pole.

The latest observations from space have shown the hole now covers less than 3.9million square miles – a record low and almost half as small as it was during its peak at 6.3million on September 8 only six weeks ago. Experts say the hole is usually around 8 million square miles during this time of year.

There is still a long way to go for a complete recovery. The hole’s peak last year measured at two and a half times the size of the U.S. CFCs can linger in the atmosphere for 50 to 100 years, according to Anne Douglass, co-author and atmospheric scientist at Goddard.