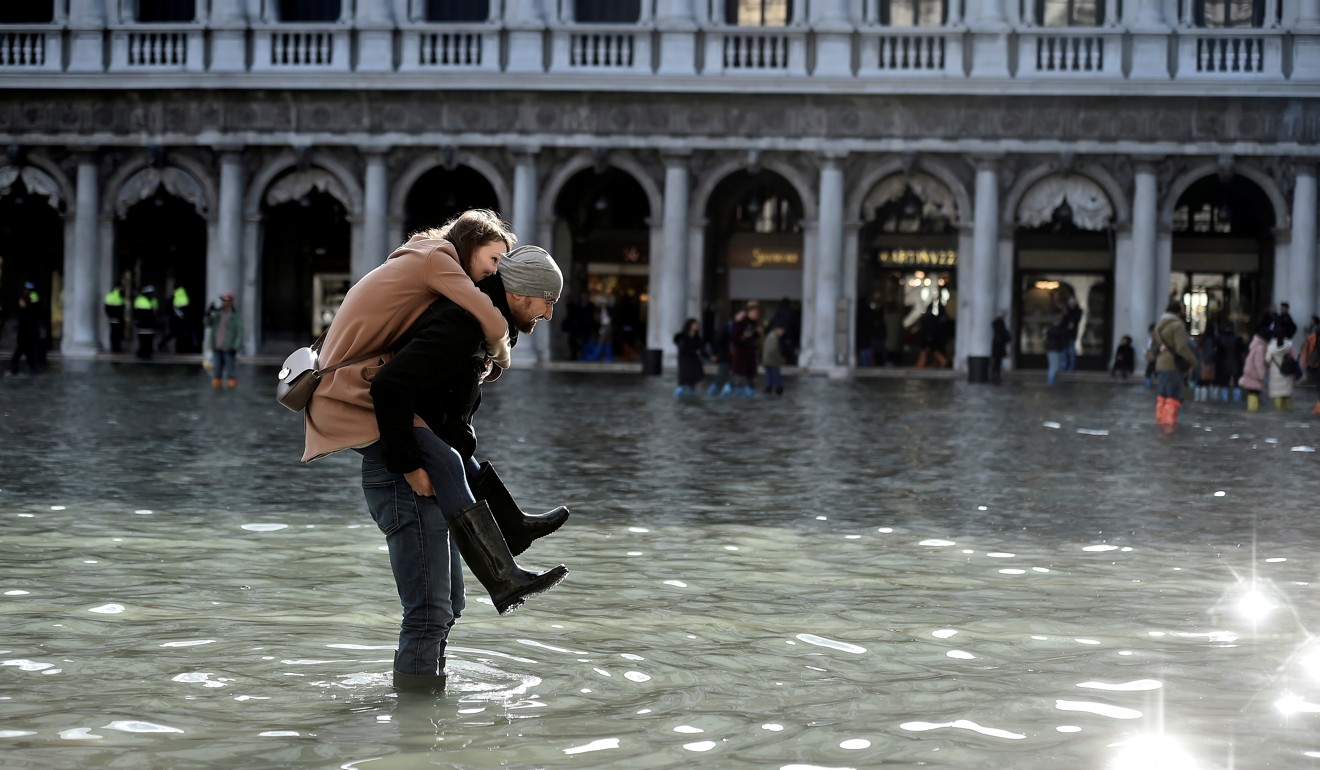 Flood-hit Venice was bracing for another exceptional high tide on Friday, as Italy declared a state of emergency for the Unesco city where perilous deluges have caused millions of euros worth of damage.

The water was expected to reach 1.5 metres (5 feet) mid-morning on Friday as strong storms and winds batter the region – lower than Tuesday’s peak but still dangerous, local officials said.

Churches, shops and homes in the city of canals have been inundated by unusually intense “acqua alta”, or high waters, which on Tuesday hit their highest level in half a century. 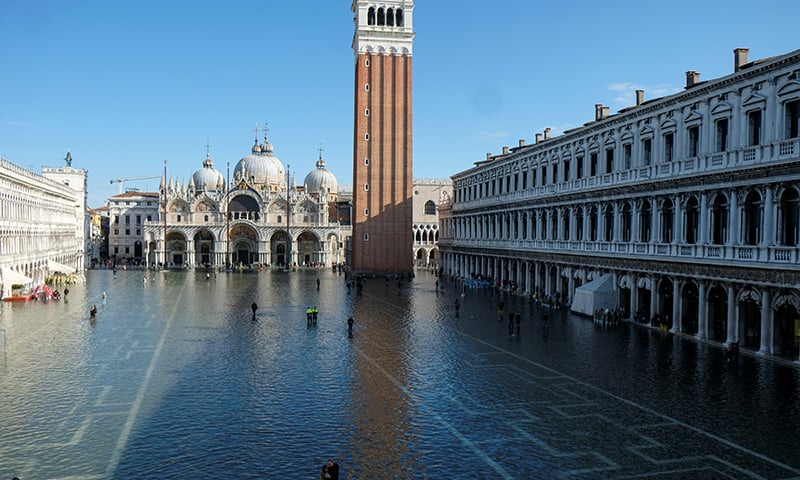 Prime Minister Giuseppe Conte, who has called the flooding “a blow to the heart of our country”, said late Thursday that a state of emergency had been approved.

“We need to be resilient and adapt. We need a policy that looks at the climate through completely different eyes,” Environment Minister Sergio Costa said Thursday.
The Serenissima, as the floating city is called, is home to a mere 50,000 residents but receives 36 million global visitors each year.

A massive infrastructure project has been under way since 2003 to protect the city, but it has been plagued by cost overruns, corruption scandals and delays.

The plan involves 78 gates that can be raised to protect Venice’s lagoon during high tides — but a recent attempt to test part of it caused worrying vibrations and engineers discovered it had rusted.

The crisis, driven by bad weather, has prompted the government to release 20 million euros ($22 million) in funds to tackle the devastation.