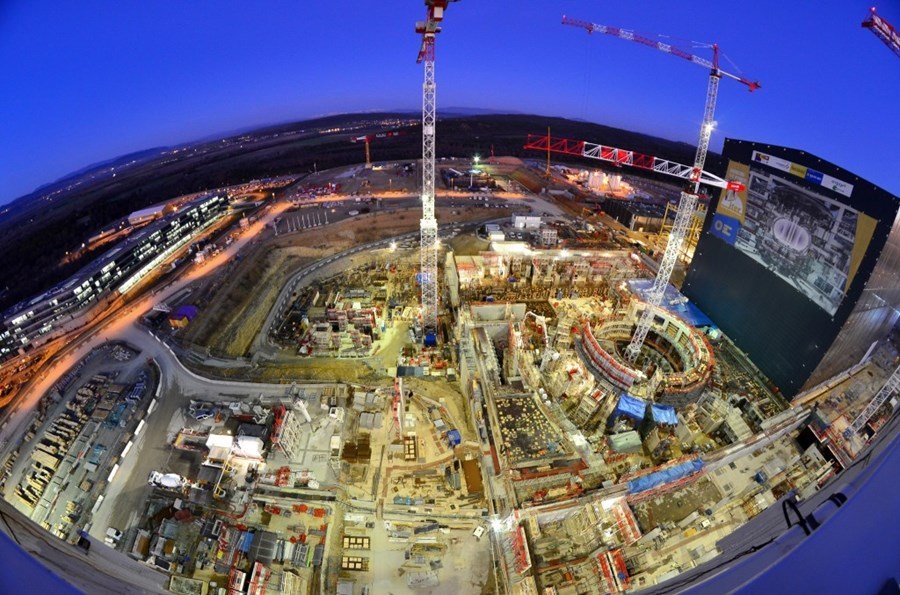 ITER will be the first fusion device with net energy (meaning that it will produce more energy than that which is absorbed by the system’s operation), as well as the first device that will maintain fusion over long periods of time. It will also be the first to test the integrated technologies, materials and physics necessary for the commercial production of fusion power.

The ITER machine aims to demonstrate the principle of producing more thermal power from the fusion process than is used to heat the plasma, something that has not yet been achieved in any fusion reactor.
The total electricity consumed by the reactor and facilities will range from 110 MW up to 620 MW peak for 30-second periods during plasma operation.
Thermal-to-electric conversion is not included in the design because ITER will not produce sufficient power for net electrical production. The emitted heat from the fusion reaction will be vented to the atmosphere.

“The date for First Plasma is set; we will push the button in December 2025,” Griffith said. “It will take another 10 years until we reach full deuterium-tritium operations.”

What is fusion?
Fusion is the nuclear reaction that takes place in the Sun and stars. Hydrogen nuclei collide thanks to the high temperatures and gravity force produced inside the core of these stellar bodies, whose fusion creates heavier helium atoms and releases enormous quantities of energy.
According to fusion science, the most eficcient fusion reaction is known as DT, and takes place between two hydrogen isotopes, deuterium (D) and tritium (T). This reaction produces the greatest quantity of net energy at the lowest temperatures.
In order to obtain fusion in a laboratory, three conditions must be met: a very high temperature (approximately 100 million degreees Celsisu), a plasma with enough particle density (to increase the possibilities of collisions taking place) and enough time of contention (to sustain the plasma, which tends to expand, within a definite volume).