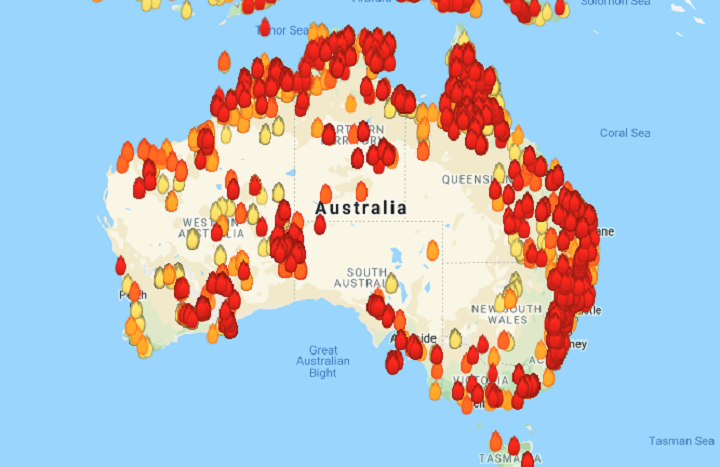 Experts say Australia is on ‘front line’ of the climate crisis and the government has to do more to stop the problem.
Sydney, Australia – Australia’s government is resisting growing calls for a more ambitous response to climate change, even as the country battles devastating bushfires triggered by record temperatures that have sent air pollution to critical levels.
Hundreds of homes were confirmed lost last week as enormous bushfires burned in every state of the drought-stricken country as town after town endured new temperature highs.
What is driving the fires?
A combination of record temperatures, low humidity and strong winds have worsened the struggle to deal with the bushfires.
“We are in a period of unbelievable drought and some areas haven’t seen rain for more than 12 months,” NSW Rural Fire Service Inspector Ben Shepherd .
“These fires are likely to continue to spread well past Christmas.”
Commissioner Shane Fitzsimmons told reporters: “We will not get on top of these fires until we get some decent rain – we have said that for weeks and months.”
Rain is forecast in some fire-struck parts of NSW on Tuesday and Wednesday – but another period of dangerously hot weather is expected next week. 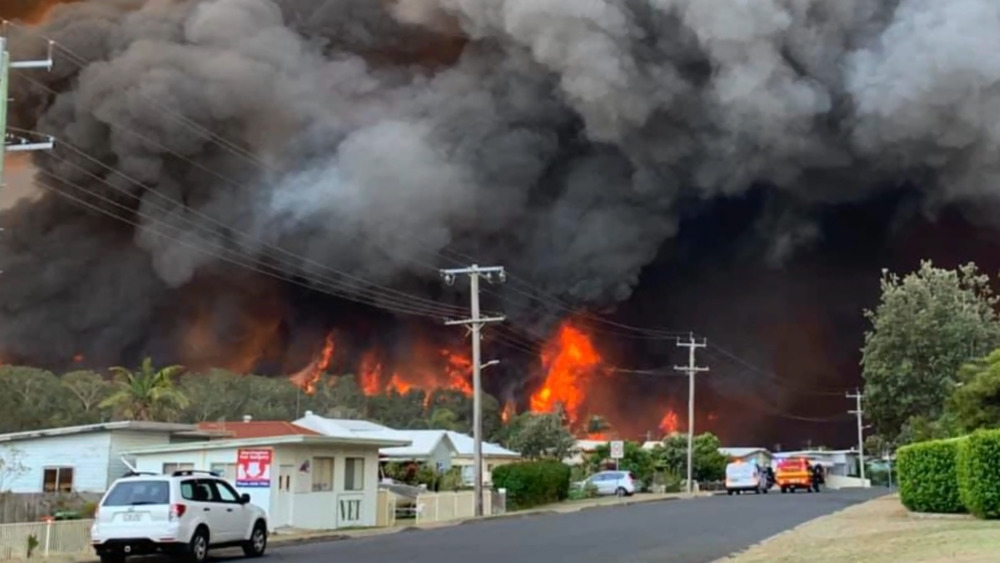 More than 100 fires continued to burn in the state of New South Wales (NSW) on Sunday, as a cool change allowed firefighters to access some areas previously cut off by flames.
NSW Premier Gladys Berejiklian delivered distressing news for the 400 residents of Balmoral, southwest of Sydney, who had been evacuated from their town.
“We have got the devastating news that there’s not much left in fact of the town of Balmoral,” she said at a news conference near Picton on Sunday. “The devastation is shocking.”
Fire authorities were still on the ground assessing damage, while in South Australia 72 homes were confirmed destroyed in another blaze.
Temperatures are forecast to rise again later this week with no expectation of rain for the drought-parched continent.
The Australian Department of Environment and Energy and the office of Minister for Energy and Emissions Reduction Angus Taylor did not respond to requests for comment.