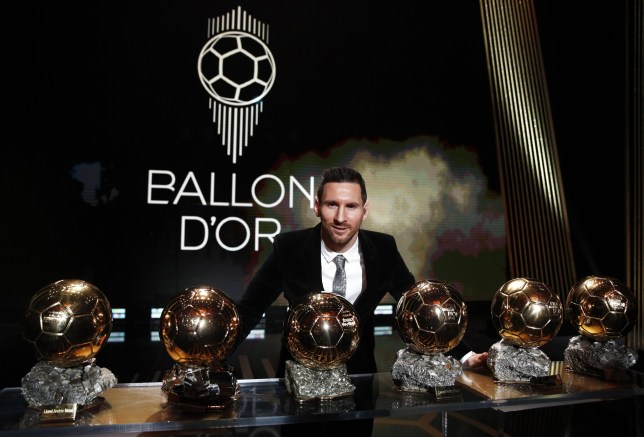 Argentine Lionel Messi sits on the throne of football, By winning the Golden Ball for the best player in the world, For the sixth time in his career, a record, Will be difficult to reach in the future, Only if Cristiano Ronaldo succeeded in surprise everyone and offer a successful new season despite his age.

Messi received the Golden Ball on Monday evening,  In the presence of a large group of prestigious game stars, With a terrifying start to the season, Winning this prize again does not seem unlikely.
There is growing talk of whether Messi will win the award at the expense of the most prominent candidate, Dutch Virgil van Dijk, because of the latter’s superiority in terms of titles.
But the individual figures of the Argentine star, covering his failure to compete for the Champions League title, as well as not being able to win the Copa America with Argentina.

What did Messi do last season to win the Golden Ball?
There are many figures we can highlight, but the most appropriate summary of the answer is that Messi has carried an entire team over his shoulders throughout the season.
Most of Barcelona’s wins last season, and even at the start of the season,  Messi was it only champion, with a huge array of charming performances and beautiful goals that ripped the net.

Last season, Messi made 60 appearances in all competitions, scoring 51 goals with 19 assists and 34 league appearances, scoring 36 goals to win the La Liga top scorer award and adding 13 assists.
In the Champions League, Messi starred remarkably, playing 10 games, He scored 12 goals and made 3, In the Spanish Cup, he only played five matches, scoring three times and making three goals.

Messi’s numbers are not comparable to those of Van Dijk, as the latter is a defender, but they can never be overlooked. The prolific scoreline enjoyed by the Argentine star led him at the end of the season to win the European Golden Boot for the sixth time in his career. Is also a record.