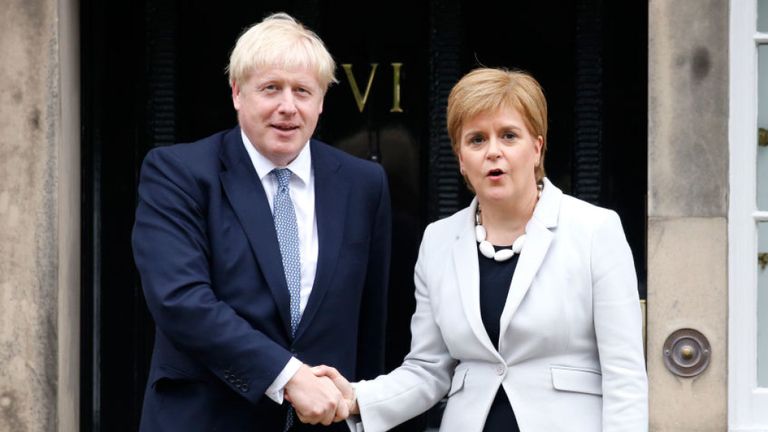 Boris Johnson, the paint still wet on his thumping UK election triumph, took no time to flex his political muscle on Friday as he moved to try and shut the door on a second referendum on Scottish independence.

The strong performance of Scottish nationalists in Thursday’s poll had raised the prospect of a fresh vote on splitting from London.
But in a telephone call, Johnson told Nicola Sturgeon — leader of the Scottish National Party (SNP) — he was opposed to another vote.

“The Prime Minister made clear how he remained opposed to a second independence referendum, standing with the majority of people in Scotland who do not want to return to division and uncertainty,” Johnson’s office said in a statement. “He added how the result of the 2014 referendum was decisive and should be respected.”

Sturgeon immediately hit back indicating that Scottish voters had given her a strong mandate for another referendum.
It comes after the SNP won 48 of the 59 seats in Scotland on Thursday, all but wiping Labour out north of the border.

Sturgeon’s call for a second independence vote is based on the fact Scotland voted to remain in the EU in the 2016 Brexit referendum.
She claims Scots are being taken out of the bloc against their will and that this is grounds to vote again on splitting from London.