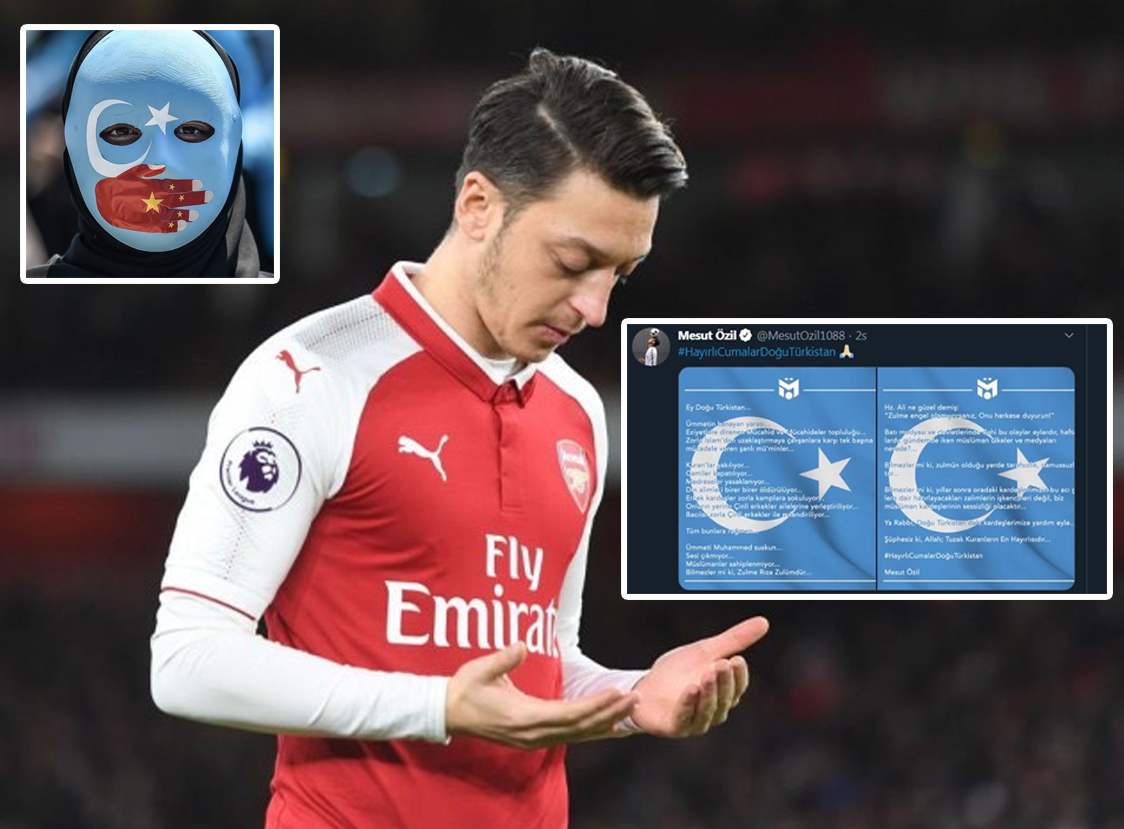 Arsenal star Mesut Ozil has been deleted from Chinese computer games in an apparent response to his social media posts criticising the persecution of Uighur Muslims in China.

The publisher of the PES franchise in China, NetEase, said the German had “posted an extreme statement about China on social media” which “hurt the feelings of Chinese fans and violated the sport’s spirit of love and peace”.

“We do not understand, accept or forgive this,” NetEase added in a statement on the Chinese social media site Weibo on Wednesday.

The situation is causing further repercussions in the world of sport, with German side FC Cologne announcing it is withdrawing from a deal to run a football academy in China.

The head of the club’s members’ council, Stefan Müller-Römer, welcomed the decision, telling local newspaper the Kölner Stadt-Anzeiger that Cologne should not cooperate with a country he said was building a “total surveillance state.”

However, the club’s management said Wednesday that Müller-Römer was not speaking on the club’s behalf and that sporting reasons, not politics, were behind their decision to pull out of the project in the city of Shenyang in north-east China.
Arsenal were quick to distance themselves from Ozil’s comments, saying the club “always adhered to the principle of not involving itself in politics”.

In response, China also cancelled the broadcast of Arsenal’s match against Manchester City on Sunday.

China has repeatedly denied any mistreatment of Uighurs. But the United Nations and rights groups estimate up to 2,000,000 mostly ethnic Uighur Muslims have been detained as part of what Beijing calls an anti-terrorism campaign.