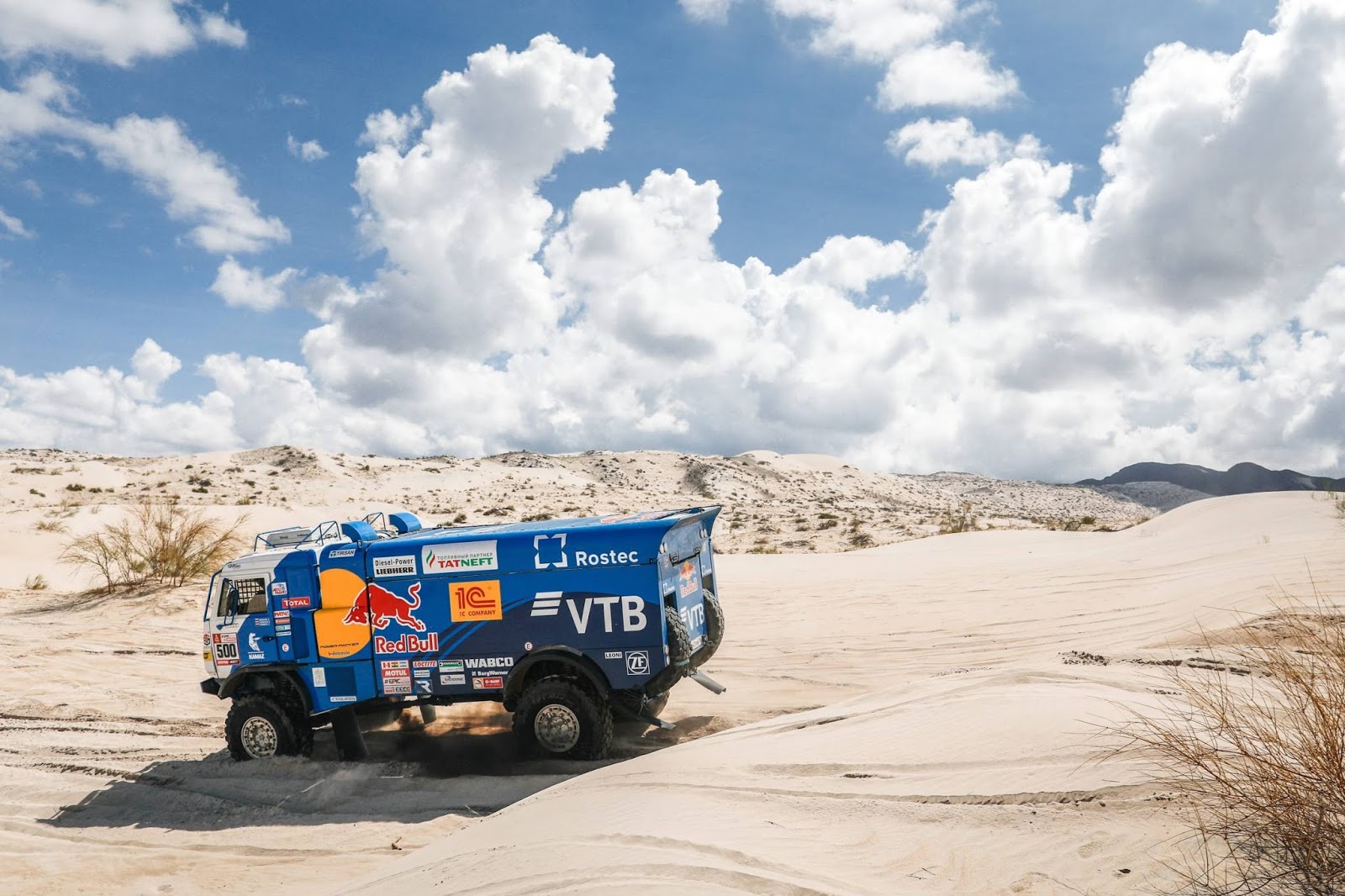 Saudi Arabia is preparing to host the famous Dakar Rally after the end of its era in South America, where it continued between 2009 to 2019.

Many see the Dakar Rally’s move to the Kingdom as a distinctive step to meet completely new paths and places that offer a unique challenge to drivers and their driving and navigational skills. Where the rally is expected to be held in the Kingdom from 2020 for a full decade, Let’s get to know the most important details of the event.

The Dakar Rally was previously known as the Paris Dakar Rally, It is the world’s largest off-road race and one of the toughest races ever. It was launched in Paris in 1979. To Dakar, the capital of Senegal,
In 2009, it moved to South America between Argentina and Chile until 2019 the Saudi Kingdom got the chance to host the high-profile event from 2020 to 2030.

The race includes 5 different categories of vehicles: motorcycles, cars, trucks, quad bikes and SxS.
This leads to fierce competition among different manufacturers to demonstrate the durability and capabilities of their vehicles, In addition to testing the carrying capacity of various vehicles after modification for testing.

The Kingdom will host the Dakar Rally for the first time in early 2020 from 5 to 17 January. The race will run for 7,800 kilometers in the vast undiscovered Saudi deserts, To be the starting point of Jeddah, the Red Sea Mermaid, The teams travel 752 kilometers through the winding fast dunes before the difficult challenge continues to the north for nearly 900 kilometers through the Red Sea project and reaches the future city of Neum. The exciting journey, with a series of valleys and mountains, reaches its highest point at 1,400 meters.
The drivers and their teams at the 2020 Saudi Dakar Rally will pass through an area of sand and gravel stretching for 676 kilometers during their difficult journey from Neum to Al Ula in the fourth stage of the race. Before they have to test their navigational abilities as they pass the sand hills of Hail on their ramp towards Riyadh. 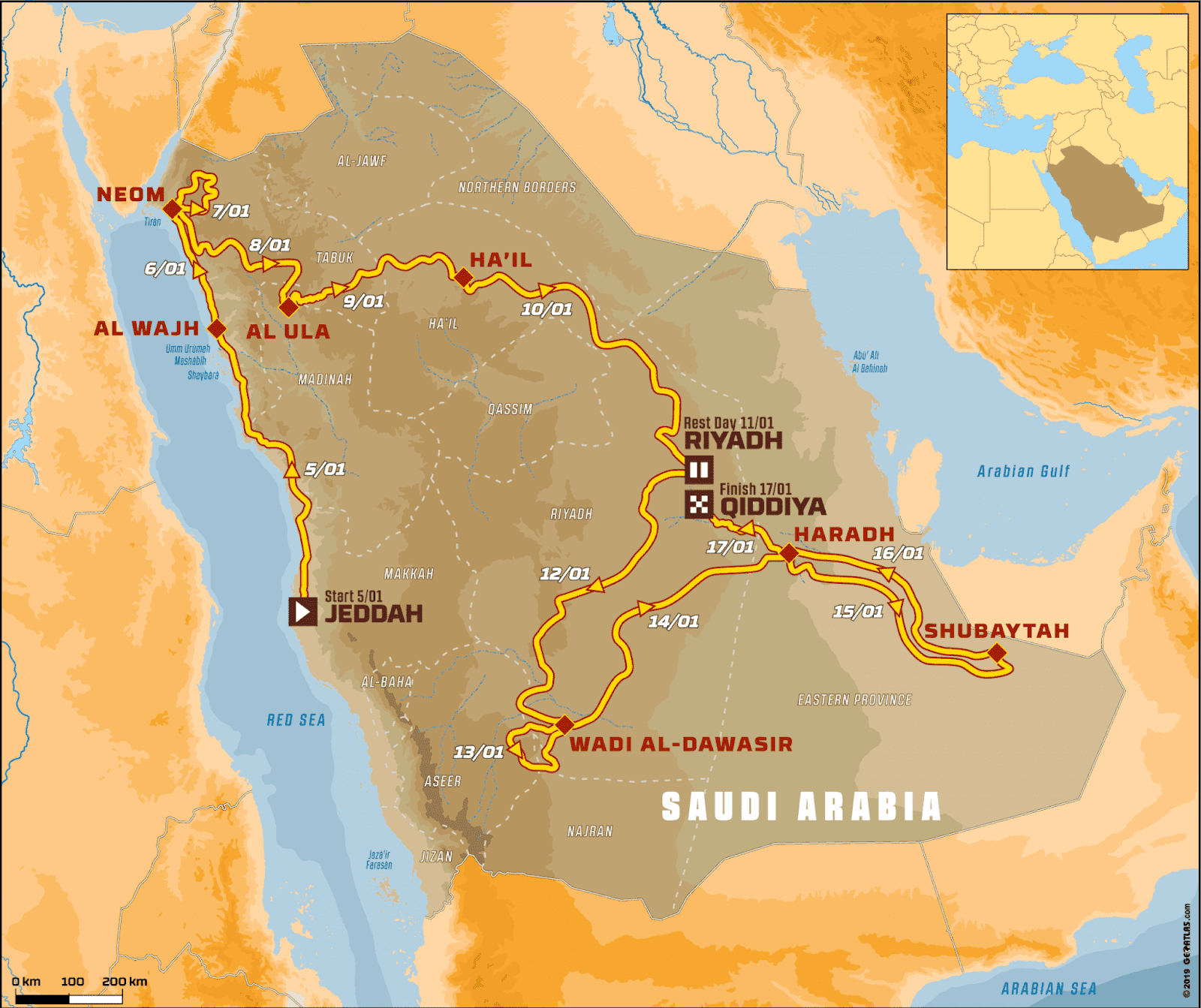 Contestants get a day off in the capital before the journey resumes the longest day of the rally, Participants will go 741 kilometers and turn the race course westward in the vast desert kingdom before turning back and eastward towards Haradh in Al-Ahsa province, which means entering the Empty Quarter and then approaching the finish line in Al-Qudiya. Saudi Dakar Rally 2020.

The 2020 Dakar Rally will be from 62 countries and Six continents to participate in exploring the unique terrain of the first edition to be held in Asia. 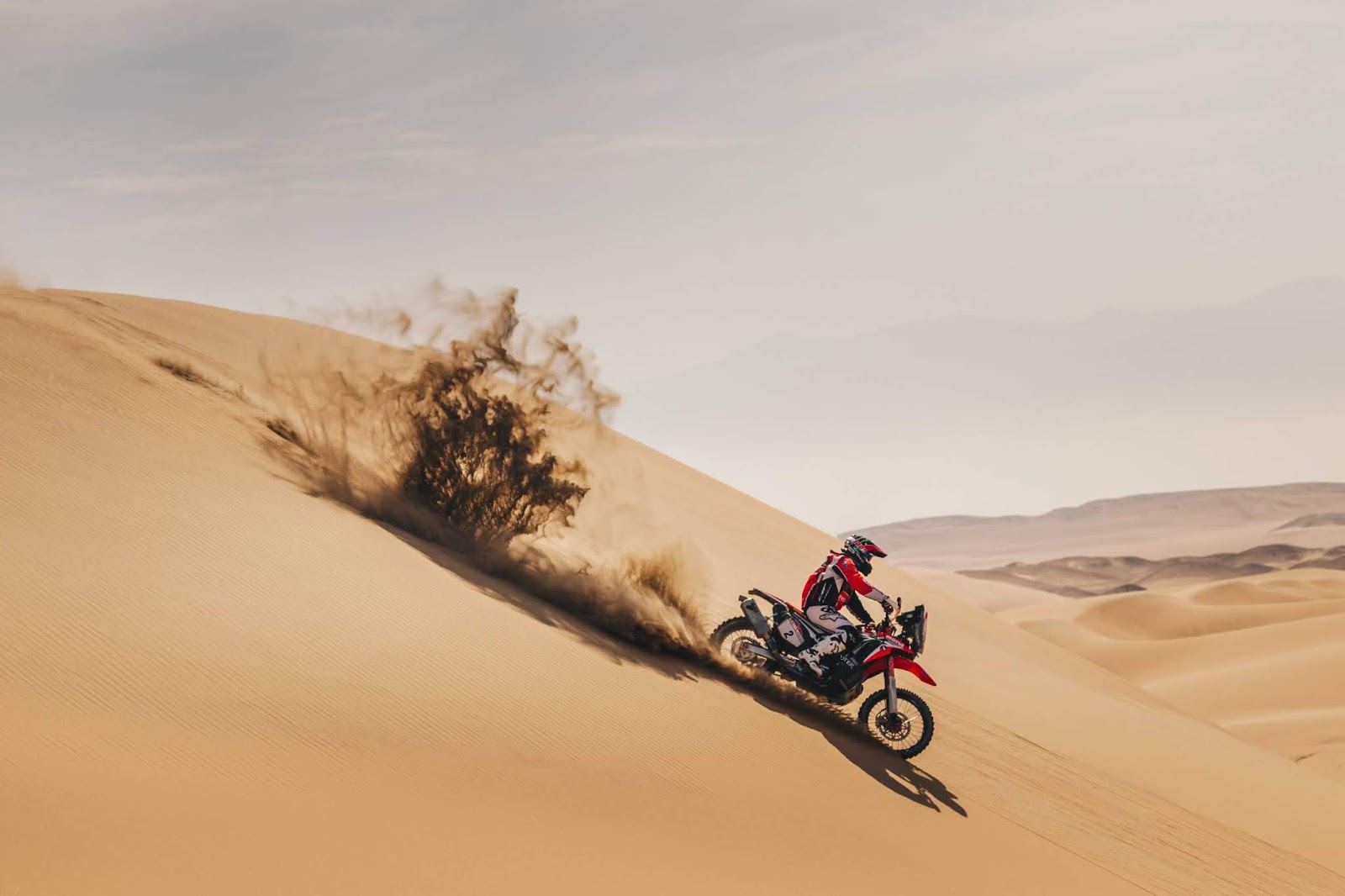