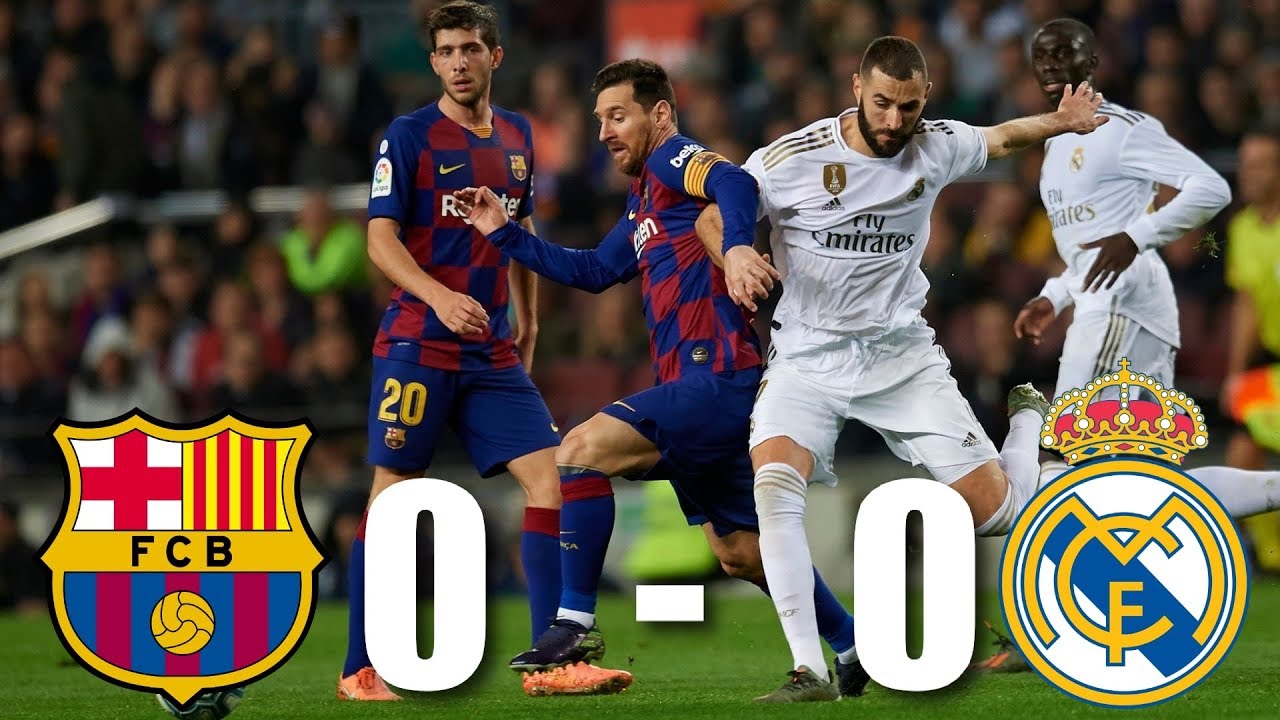 The Clasico, which has been embraced by the Camp Nou, is the bastion of the Blaugrana. Wednesday, in a negative tie between Barcelona and Real Madrid,  In the postponed match of the tenth round of the Spanish League.

This tie did not affect the fate of the La Liga leadership, as the situation remains the same between the two giants equal in the number of points 36, but Barcelona only surpasses the goal difference from its pursuit of Real Madrid.

The French coach Zidane presented a big game in planning, by relying on high pressure in the first half, depriving Barcelona of the ball and in turn controlling the battle of midfield by pushing Valverde and Isco.

With Barcelona improved somewhat in the second half, Zidane did not stand by, but instead made two changes directed by Valverde and Isco after feeling very tired, and pushed the duo Rodrigo and Modric.

Zidane maintained the prestige of Real in “Camp Nou”, as well as his prestige as he had not received any loss on this stadium since he assumed the technical leadership of the royal.

The Brazilian Cosemiro won the Man of the Match award for a good reason, as he did a great job in the defensive slit, depriving Barcelona of penetration from the bottom, and the Catalan giant in its few attacks forced to go to the edge of the stadium.

Casemiro also provided supportive offensive support through his special shots from outside the penalty area that threatened the Barca goal more than once, as well as with his participation in set pieces.