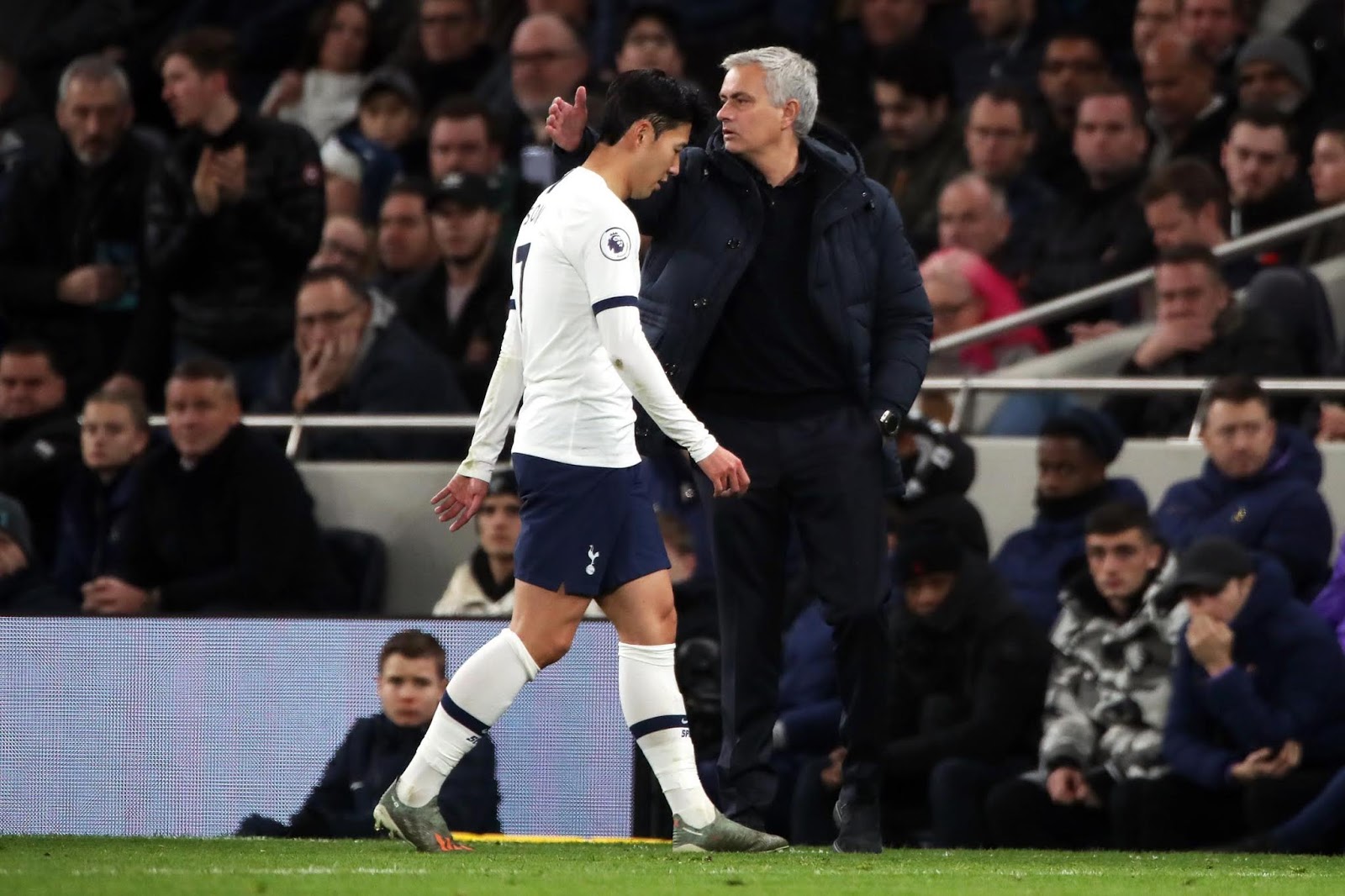 Tottenham Hotspur coach Jose Mourinho said on Monday that the suspension of Son Heung-min three games after being sent off during a 2–0 loss to Chelsea on Sunday in the Premier League was a great loss for the team.

Following his red card against Chelsea, Son Heung-Min has received a three-match suspension, beginning with the Brighton fixture on Boxing Day.

The South Korea international was shown his marching orders after a VAR review showed he raised his boot into Rudiger’s ribs.

Mourinho confirmed that Tottenham will appeal the decision before playing three games during seven days, which kicks off with a visit to Brighton & Hove Albion Stadium next Thursday.
“It is a big loss,” the Portuguese coach told reporters today. “Our squad is not so many … We don’t have many players.”
He added: “It is natural to think of alternating between players now … It is difficult for players to play every game … Eric Lamella is not available and this is a great loss for us.”

Mourinho insisted that the incident did not require the use of assistive video judgment technology because referee Taylor watched the incident.

The Portuguese coach said: “The resort to technology was misplaced … this is England and this Premier League is the best league championship in the world .. If we change the characteristics of the competition we will have undermined this championship.”

And he added: “Taylor saw the incident clearly because he was close to it, so I see that using the video rule is a wrong decision … In such events, the masses do not like video technology.”