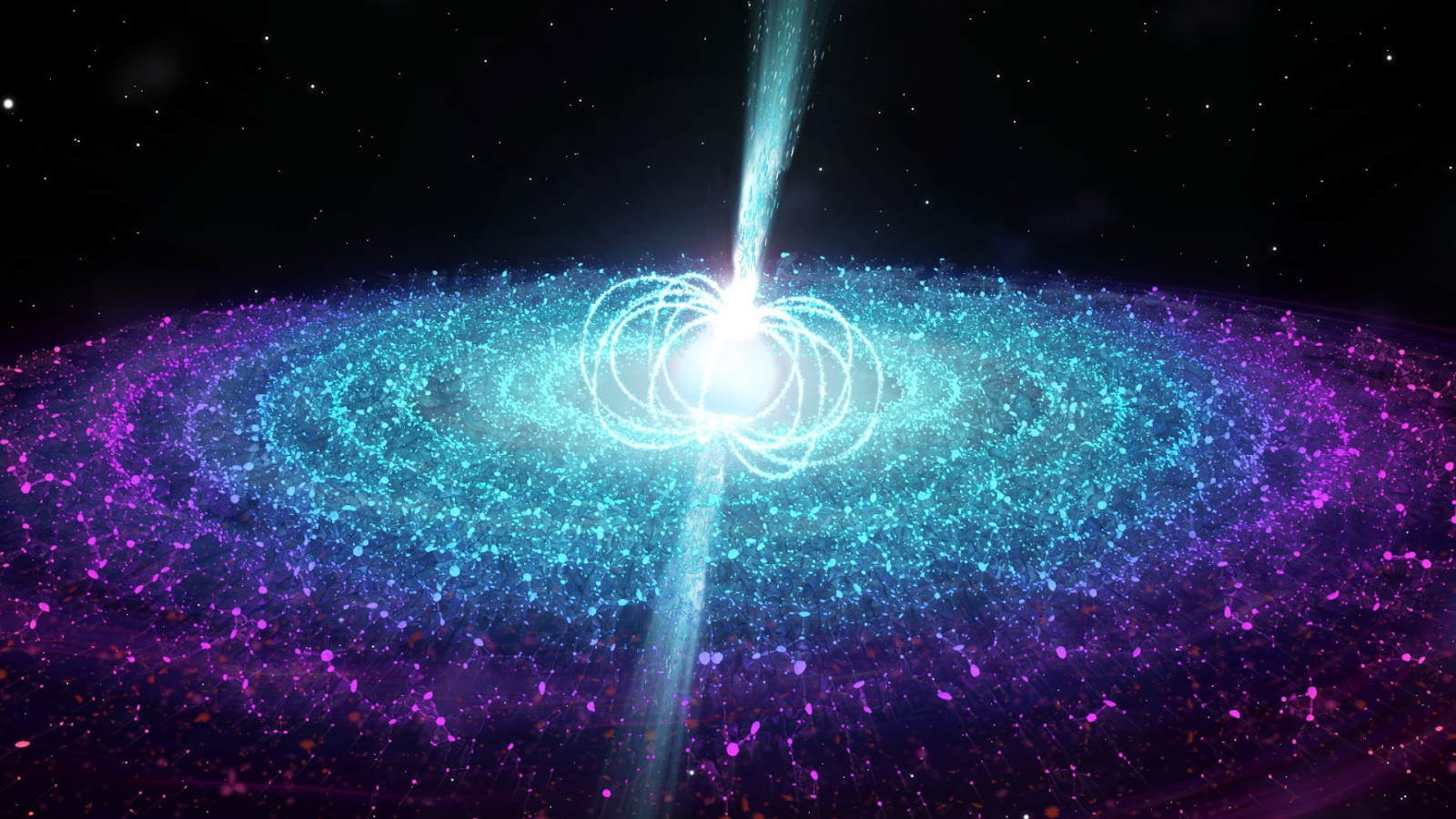 A pulsar is a highly magnetized rotating neutron star that emits beams of electromagnetic radiation out of its magnetic poles. This radiation can be observed only when a beam of emission is pointing toward Earth, and is responsible for the pulsed appearance of emission.

Scientists have reached a new frontier in our understanding of pulsars, the dense, whirling remains of exploded stars, thanks to observations from NASA’s Neutron star Interior Composition Explorer (NICER). Data from this X-ray telescope aboard the International Space Station has produced the first precise and dependable measurements of both a pulsar’s size and its mass.

The pulsar in question, J0030+0451 (J0030 for short), is a solitary pulsar that lies 1,100 light-years away in the constellation Pisces.
While measuring the pulsar’s heft and proportions, NICER revealed that the shapes and locations of million-degree hot spots on the pulsar’s surface are much stranger than generally thought. Using NICER observations from July 2017 to December 2018, two groups of scientists mapped J0030’s hot spots using independent methods and converged on nearly identical results for its mass and size.

One team, led by researchers at the University of Amsterdam, determined the pulsar is around 1.3 times the Sun’s mass, 15.8 miles (25.4 kilometers) across and has two hot spots — one small and circular, the other long and crescent-shaped.
A second team found J0030 is about 1.4 times the Sun’s mass, about 16.2 miles (26 kilometers) wide and has two or three oval-shaped hot spots. All spots in all models are in the pulsar’s southern hemisphere — unlike textbook images where the spots lie on opposite sides other at each magnetic poles.