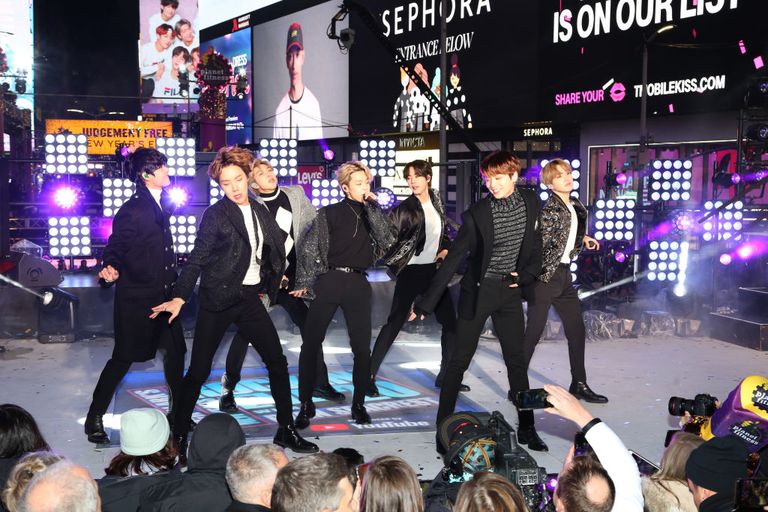 Times Square featured it’s usual New Year’s Eve show, and the lights in Midtown New York were just as obnoxiously bright as usual. But something in Times Square shined brighter than even the biggest, most blinding lights ever could: BTS’s New Year’s Eve outfits.

The K-pop band, who performed “Make It Right” and “Boy with Luv,” wore shimmering, all-black outfits on the stage Tuesday night.

The band kept in theme with the accepted New Year’s Eve colors: black but with tons of sparkles. RM wore a black and white coat with a black and white sweater underneath; Jin wore a black long blazer with silver details on the sides; Jungkook wore a silver and black striped turtleneck under his black jacket; Suga maybe had the most shine of the group; V’s gold buttons down his jacket and white turtleneck offset his otherwise plain black look; Jimin also went with some sparkle on a jacket that got stuck on his head at one point in the performance; J-Hope had a subtle sparkle with what looks like a flower accent.

Of all the excitement on New Year’s Eve, BTS’s performance probably got the most excitement out of their dedicated fan base. Fans at the event were overjoyed to be so close to the band while they were onstage. This fan, for example, is probably contemplating never washing the outfit she wore when Jimin made a heart in her direction. 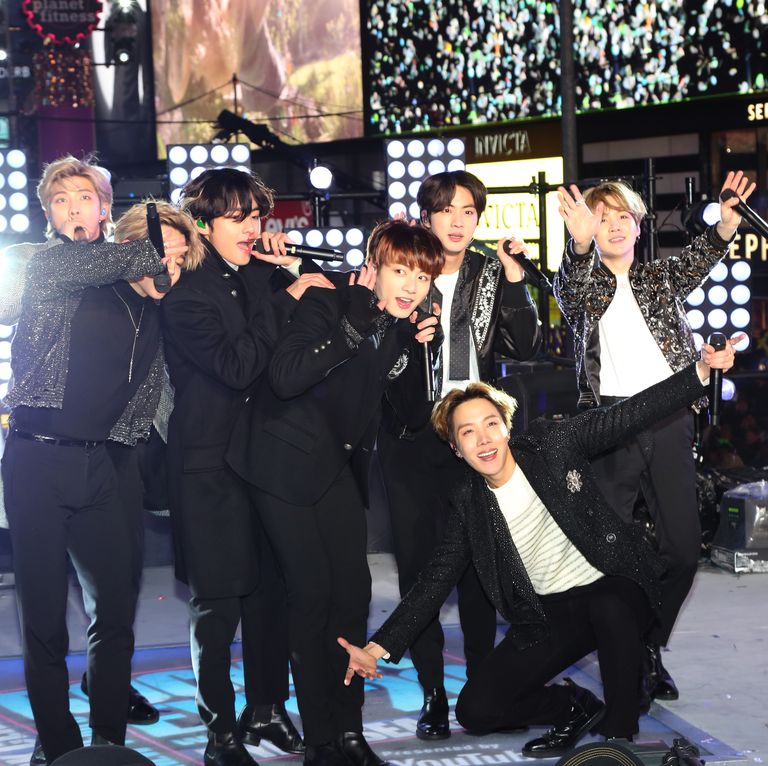