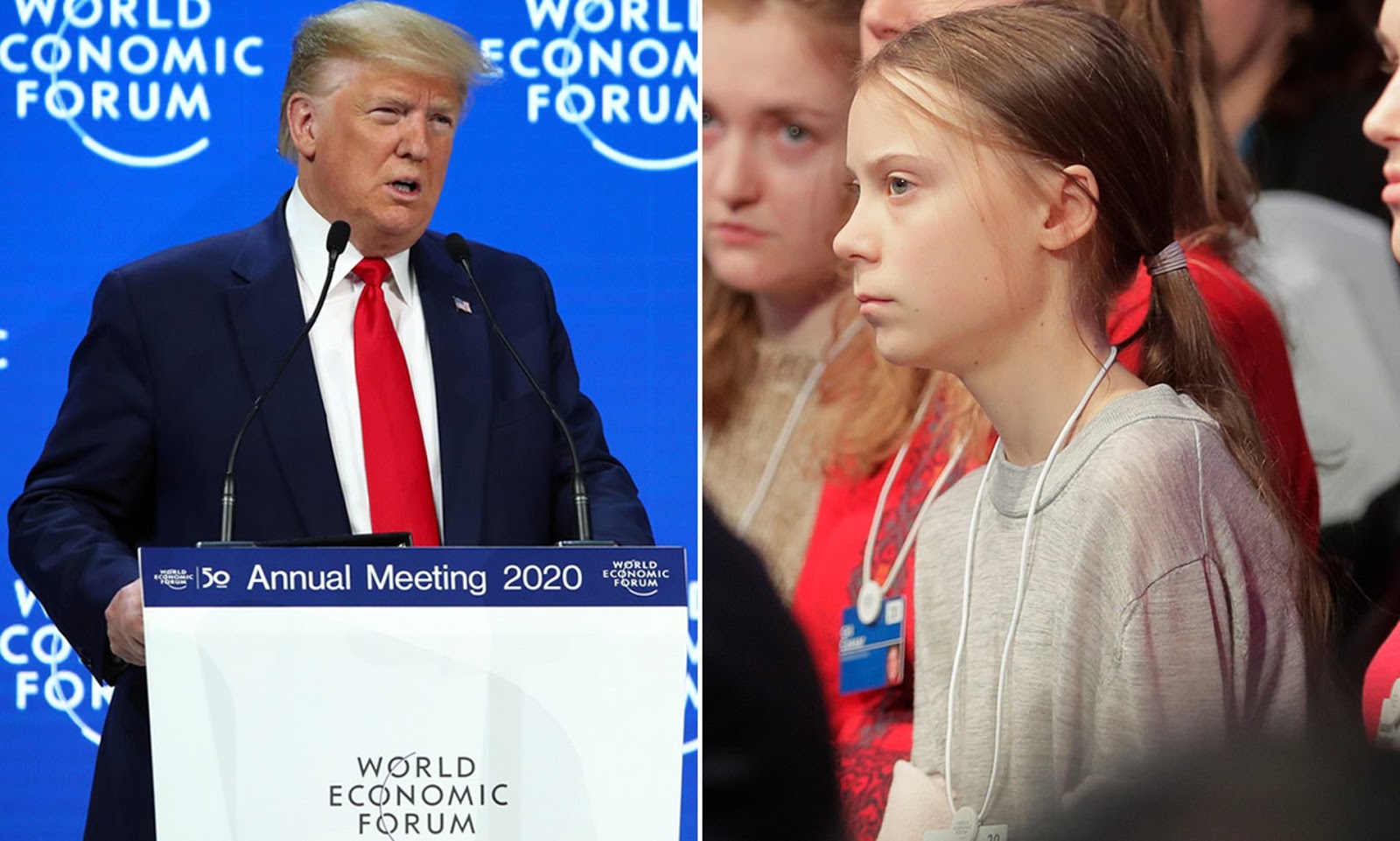 Donald Trump hit out at the “prophets of doom” as climate change took centre stage at the World Economic Forum in Davos.

The US president, with teenage activist Greta Thunberg looking on in the audience, called for optimism rather than pessimism.
Thunberg used her speech in Switzerland to say world leaders’ alleged inaction was fuel to the flames of climate change.

No political ideology or economic structure has been able to tackle the climate and environmental emergency and create a cohesive and sustainable world,” she said before switching to a deeply sarcastic tone.

“Because that world, in case you haven`t, noticed is currently on fire.”

“One year ago I came to Davos and told you that our house is on fire. I said I wanted you to panic. I`ve been warned that telling people to panic about the climate crisis is a very dangerous thing to do. But, don`t worry, it’s fine. Trust me, I`ve done this before and I can assure you it doesn`t lead to anything.

Last year, the Trump administration began pulling the US out of the landmark 2015 Paris climate agreement under which nearly 200 nations set goals to curb emissions of heat-trapping gasses that lead to climate change. Trump has called the Paris accord an unfair economic burden to the US.

Climate is a key issue at this year’s WEF and the phrase `Act on Climate was written in the snow at the landing zone where Trump’s helicopter landed in Davos.

He told the annual gathering of world leaders, business executives, academics and civil society that it was time for optimism.
“We’re committed to conserving the majesty of God’s creation and the natural beauty of our world,” he said. “Today, I’m pleased to announce the United States will join One Trillion Trees initiative being launched here at the World Economic Forum, one trillion trees. And in doing so, we will continue to show strong leadership in restoring, growing and better managing our trees and our forests.

“This is not a time for pessimism. This is a time for optimism. Fear and doubt is not a good thought process because this is a time for tremendous hope and joy and optimism and action. But to embrace the possibilities of tomorrow, we must reject the perennial prophets of doom and their predictions of the apocalypse.

“They are the heirs of yesterday’s foolish fortune tellers. And I have them. And you have them. And we all have them, and they want to see us do badly. But we don’t let that happen. They predicted an overpopulation crisis in the 1960s, mass starvation in the 70s. And an end of oil in the 1990s. These alarmists always demand the same thing: absolute power to dominate, transform and control every aspect of our lives. We will never let radical socialists destroy our economy, wreck our country, or eradicate our liberty.”