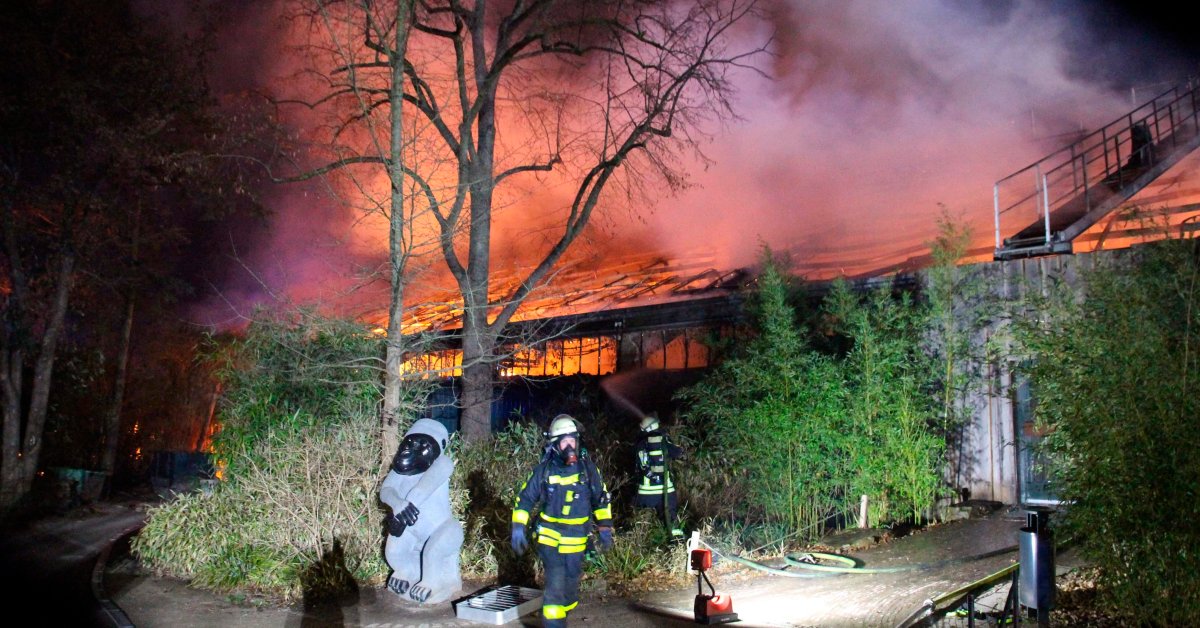 A massive blaze at a zoo in Germany has killed more than 30 animals – including Europe’s oldest gorilla, 48-year-old Massa – after tearing through the ape enclosure in the early hours of January 1.

Krefeld Zoo announced on Wednesday that five orangutans, one chimpanzee and two gorillas, as well as smaller species of monkeys and flying foxes were killed in the fire.
Investigators believe that the fire was caused by Chinese lanterns, which were spotted in the sky shortly before the blaze.

Several witnesses reported that they had seen the cylindrical paper lanterns with little fires inside flying in the night sky shortly after midnight Wednesday near the Krefeld zoo, Gerd Hoppmann, the city’s head of criminal police told reporters.

In a press conference, zoo director Wolfgang Dreßen said that two chimpanzees had “miraculously” survived with just minor injuries.
After news of the fire broke early on New Year’s Day, Krefeld Zoo confirmed at around 5.30 am that its “worst fears had become a reality”.

Speaking soon after, German Animal Welfare Society James Brückner commented on early speculation that fireworks may be to blame for the fire.
“If fireworks really caused the fire, this would be a terrible proof of the dramatic consequences uncontrolled fireworks can have,” he said.
“At least around areas where many animals live – and of course zoos are among them – there is an urgent need for protective zones where private New Year’s Eve fireworks are prohibited.”

“Otherwise, even fatal fires cannot be ruled out – regardless of whether they are in zoos, animal shelters or farms. We now hope for a quick clarification of the tragedy in Krefeld for all parties involved.”