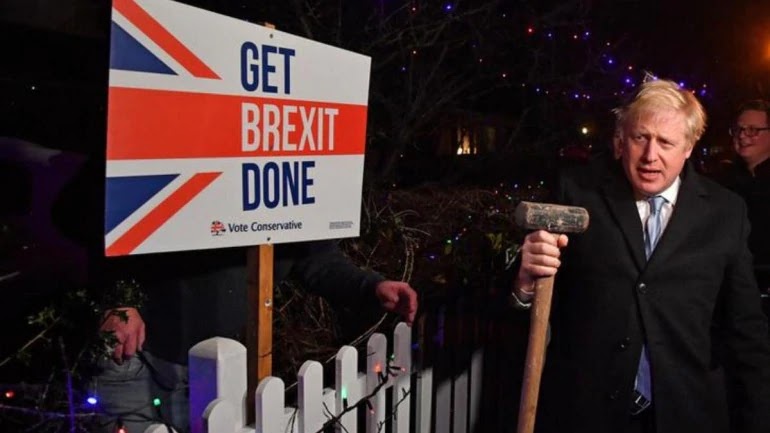 Britain formally withdraws from the European Union at 11 p.m. on Friday, after nearly half a century of membership.

With less than 12 hours before the end of Britain’s EU membership, three EU presidents spoke of their ambitions for the future of the club, as they sought to turn the page on three and a half years of Brexit negotiations.

“We know very well that as the sun rises tomorrow a new chapter for our union of 27 will start,” said European commission president Ursula von der Leyen, setting out the EU’s ambitions to confront the climate emergency and the adapt to increasingly rapid digitalisation of the economy.

The UK formally leaves the EU. Prime Minister Boris Johnson will address the nation in what can be presumed to be an optimistic message. Other Brexiteers will be celebrating in grander style, as parties are being held across the country — including one opposite the Houses of Parliament, the body that thwarted Brexit so many times in 2019.
Remain voters will be holding similar protest events all over Britain.
The mood in Brussels will be somber. The Union flag will be removed from all EU institutions (one of which will be placed in a museum in Brussels) and senior EU politicians will probably make statements expressing that this is a sad day for Europe and that they want to remain the closest of friends with Europe.