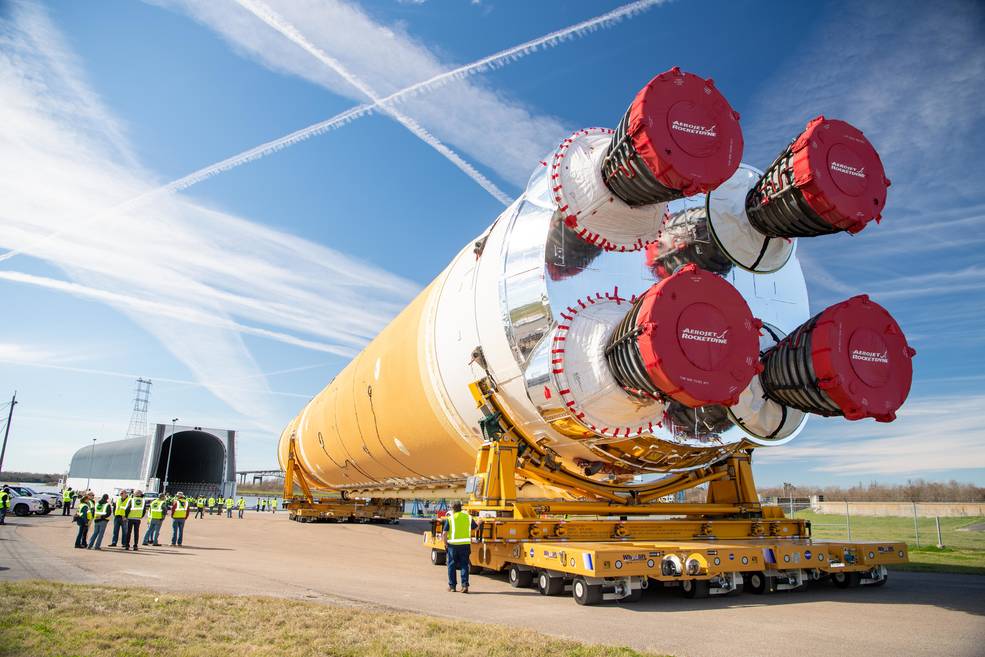 “NASA’s Space Launch System core stage is part of the Artemis program, which is a national asset,” said NASA Deputy Administrator Jim Morhard. “The SLS rocket was built to deliver American astronauts and maximum payloads to the Moon and deep space destinations. Rolling out the completed core stage from NASA’s Michoud Assembly Facility to go on to NASA’s Stennis Space Center for further testing is an exciting leap forward in the Artemis program as NASA teams make progress toward the launch pad.”

The roughly 1.3-mile trip from the Michoud factory to the barge’s dock is just the start of the SLS flight hardware’s journey. Pegasus will ferry the SLS core stage from Michoud to Stennis, where the core stage will be lifted and placed into the historic B-2 Test Stand for the core stage Green Run test campaign that will begin later this year. The Green Run series is a comprehensive test campaign of the stage — from its avionics and propulsion systems to its four RS-25 engines — that will verify the core stage design ready for launch.

NASA is working to land the first woman and the next man on the Moon by 2024. SLS, along with Orion and the Gateway in orbit around the Moon, are NASA’s backbone for deep space exploration. SLS is the only rocket that can send Orion, astronauts and supplies to the Moon on a single mission.