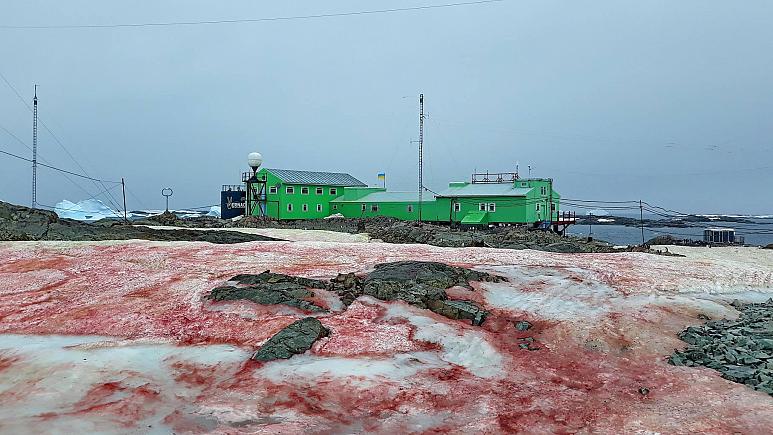 Ukrainian scientists got a shock when they woke up on Monday to find that the snow around their station had turned red as blood.

When the weather warms as in the current Antarctic summer, the spores start growing producing the ‘watermelon’ phenomenon.

But rather than being anything sinister, the red tint in the snow is caused by the microscopic Chlamydomonas nivalis algae.

The algae flourishes in snow when the weather is good, Ukraine’s Ministry of Education and Science explained in a Facebook post.

But despite the weather, the spread of the algae contributes to climate change, scientists said.
It reflects less sunlight than when it is white and therefore melts faster. Only colder temperatures can render the algae dormant.

The phenomenon is also regularly observed in the Arctic, the Alps and other mountainous regions.
Earlier this month, temperatures in Antarctica reached a new record high, reaching 18.3 °C at the Esperanza station.

According to the UN’s World Meteorological Organisation, the Antarctic Peninsula — defined as the northwest tip near to South America — is one of the “fastest-warming regions of the planet” with temperatures rising by almost 3°C over the past 50 years.