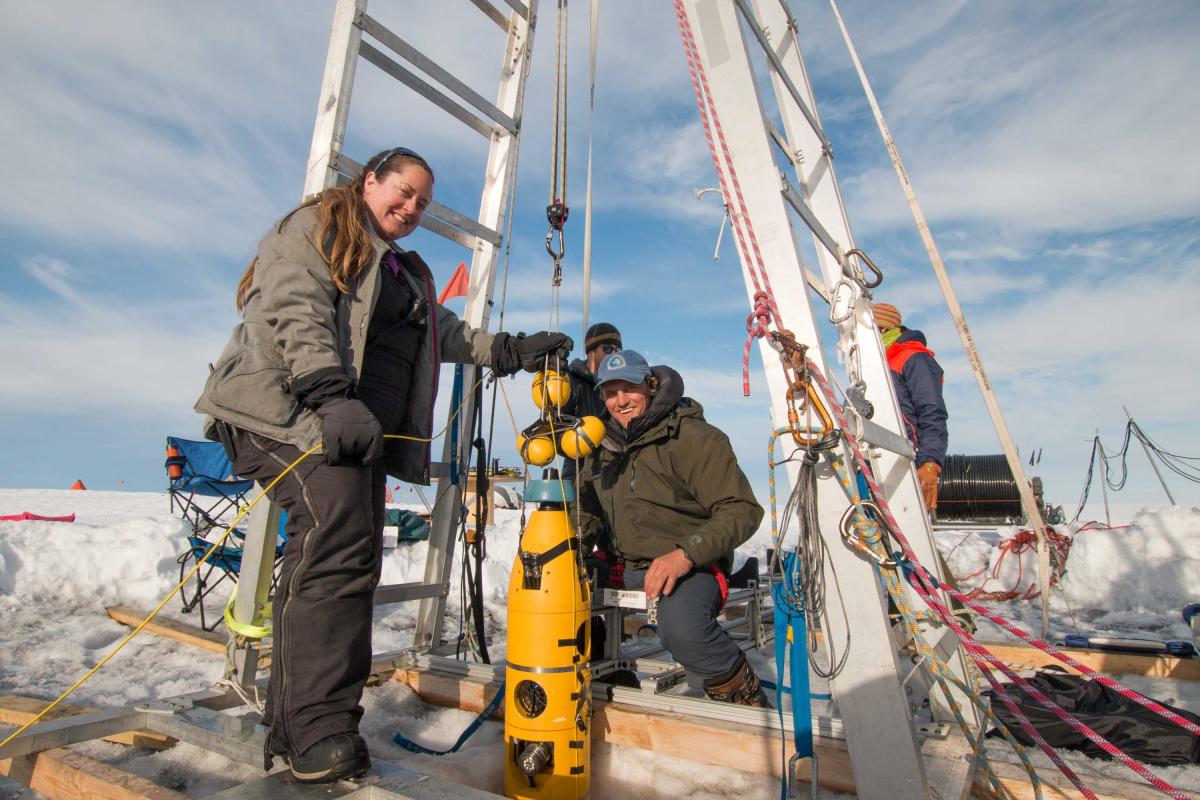 Using a robot dropped through a 700-meter hole in the ice, scientists stationed on Antarctica’s Thwaites Glacier have captured the first video of the glacier’s grounding line, the mysterious boundary where ice meets land and where warm ocean water could be slowly melting the glacier’s base—putting it at risk of collapse (above).

Battling 2 months of stormy conditions and temperatures lower than –30°C in one of Antarctica’s most inaccessible locations, the researchers drilled a hole and lowered the torpedo-shaped Icefin robot into the frigid ocean waters below. Icefin then swam more than 1 kilometer along a downward-sloping basin to the grounding line, a rocky ridge below sea level that supports the glacier’s huge floating ice shelf. The researchers used cameras, sonar, chemical probes, and other sensors on Icefin to study the rapidly retreating Thwaites and its supporting sediment.

Scientists are still sifting through the data. But they fear warm ocean water intruding underneath the glacier could eventually cause it to retreat from the ridge, leading to its ultimate collapse. The Icefin deployment is part of the International Thwaites Glacier Collaboration, a multiyear effort by the United States and the United Kingdom that is wrapping up its first full field season on Thwaites.

“Icefin swam over 15 km (9.3 mi) round trip during five missions. This included two passes up to the grounding zone, including one where we got as close as we physically could to the place where the seafloor meets the ice,” says Schmidt. “We saw amazing ice interactions driven by sediments at the line and from the rapid melting from warm ocean water.”