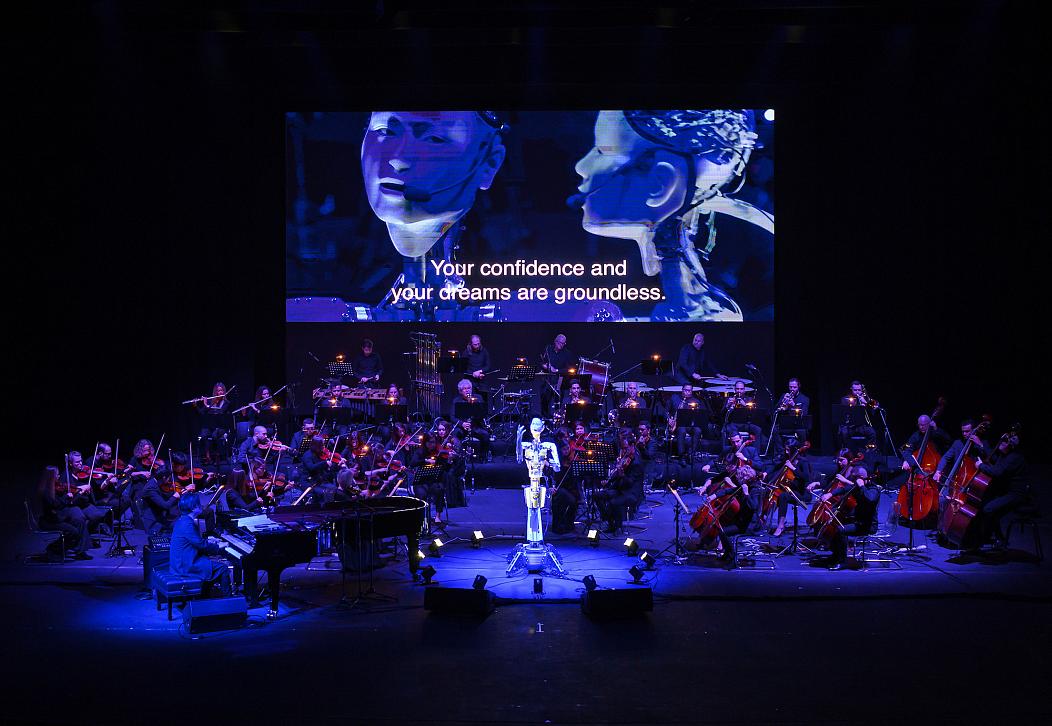 Alter 3 is the robot taking the music industry by storm, as the conductor of a new ‘Android Opera’, entitled Scary Beauty.

Keiichiro Shibuya is the Japanese composer who wrote the orchestral piece, which was performed in Sharjah, United Arab Emirates, last week. Right in the middle of the stage stands Alter 3, waving its arms and moving up and down with the rhythm of the music, as it conducts the seven minute long piece of music.

Much like other humanoid robots developed in the last few years, such as Hanson Robotics’ Sophia the Robot, Alter 3 both looks and moves like a human being. Its face is the most delicately formed body part, resting on a metal, machine-like body where all the technology can be seen working away as it conducts on the podium.

“This work is a metaphor of the relations between humans and technology. Sometimes the android will get crazy, human orchestras have to follow. But sometimes humans can cooperate very comfortably,” the composer told Reuters.

While Shibuya wrote the music, the android robot was in charge of the tempo and dynamics of the live performance, even adding its own electro-vocals to the mix. “The premise is that the android itself is moving according to its own will,” said its technician Kotobuki Hikaru.

But how did the performance go down with the audience?
Audience members interviewed both admitted that while it was exciting, “the human touch is lost.”

This didn’t dampen Shibuya’s spirits though. “After my performance I felt the audience in Sharjah was a bit quiet more than Europeans, so I was worried about how they liked it. But soon after that, they showed a great round of applause,” he told Euronews Living.

Android Opera Scary Beauty is part of Sharjah Art Foundation’s Sharjapan exhibition which highlights performance art and sound-based installations from Japan. The aim is to examine the interactions between nature, technology and human life in tandem.