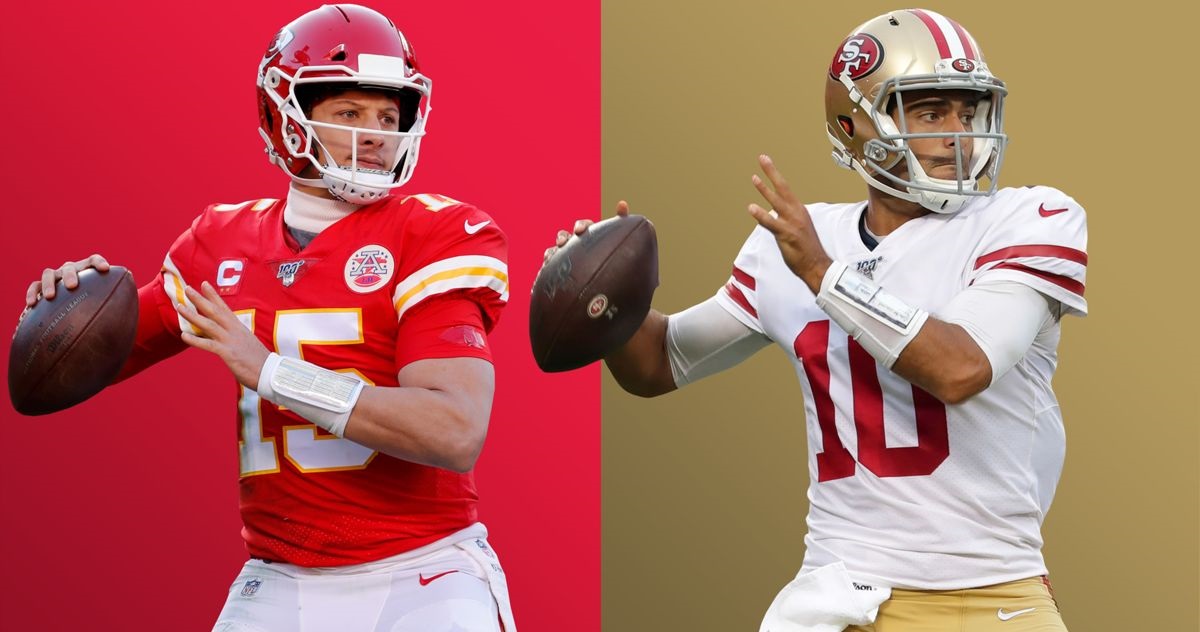 The 54th Super Bowl has a lot of historical significance; it’s even the final game of the NFL’s 100th season. San Francisco hasn’t won a Super Bowl in 25 years, while you can double that number for the Chiefs. We’ll have what could be the best defense over the course of the entire season going against the NFL’s hottest offense. But is it really a battle between new school (the Chiefs, pass first) and old school (the Niners, run first)? The truth is, it’s really a battle between two great teams that are dominant on one side of the ball and very close to it on the other side.

What time does the game start?
Kickoff from Hard Rock Stadium in Miami Gardens is slated for 6:30 p.m. ET.

Who is in Super Bowl LIV?
That two teams playing in the Super Bowl are the Kansas City Chiefs and the San Francisco 49ers. When it comes to the NFL’s biggest game, one team is a familiar face in the Super Bowl and the other one hasn’t been to the game in five decades.

As for the Chiefs, they’re returning for to the Super Bowl for the third time, but there’s a good chance that half their fan base wasn’t even alive for their most recent appearance, and that’s because it took place 50 years ago. Back in January 1970, the Chiefs knocked off the Vikings 23-7 in Super Bowl IV. The Chiefs also made it to Super Bowl I, where they got stomped by the Packers 35-10.