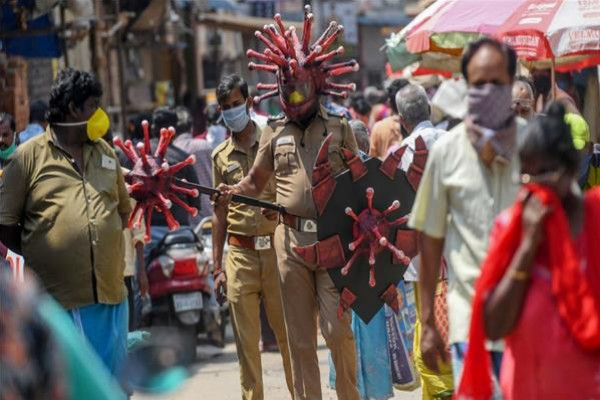 The pioneers of social media circulated a video clip in which the Indian police appeared to be wearing Corona costumes, with the aim of educating pedestrians of the risks and measures of virus prevention, according to “Russia Today”.

For its part, the Indian Ministry of Health announced today, Tuesday, 62 new deaths from the “Corona” virus and 1,543 infections during the past twenty-four hours, bringing the total deaths to 934 deaths, and the injured 29 thousand and 435 cases.

According to the newspaper, “Time of India”, India, 6 thousand 869 people have been discharged so far from hospitals after their health improved.

On Monday, the Indian Ministry of Health recorded 1396 new cases of the new Corona virus, while 48 deaths were recorded.
On March 25, the Indian government announced a closure across the country to contain the spread of the virus, and the closure was extended until May 3.
Indian Prime Minister Narendra Modi said that the closure due to the epidemic may continue beyond May 3 in areas that have been identified as “hotspots” for the Corona pandemic. 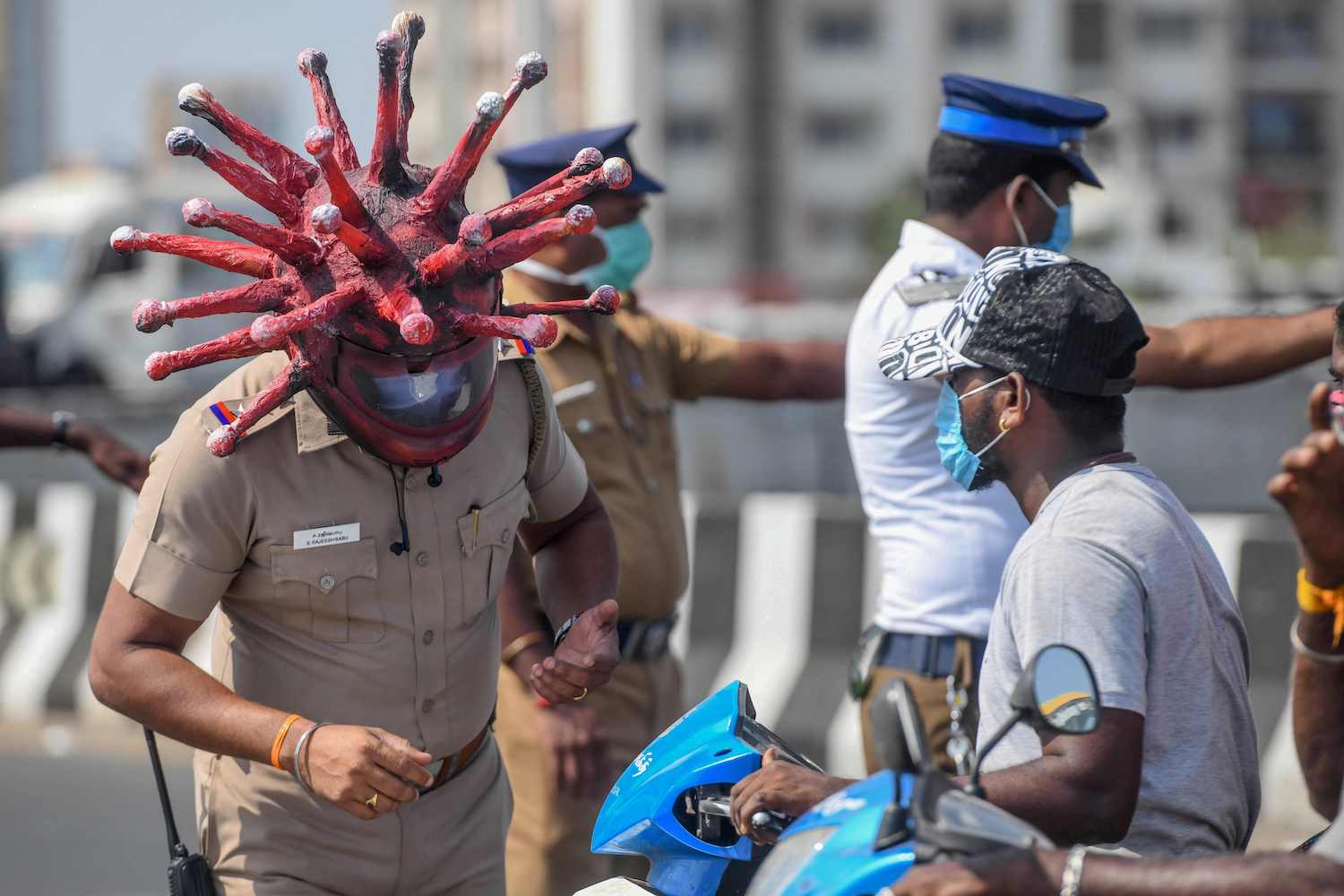